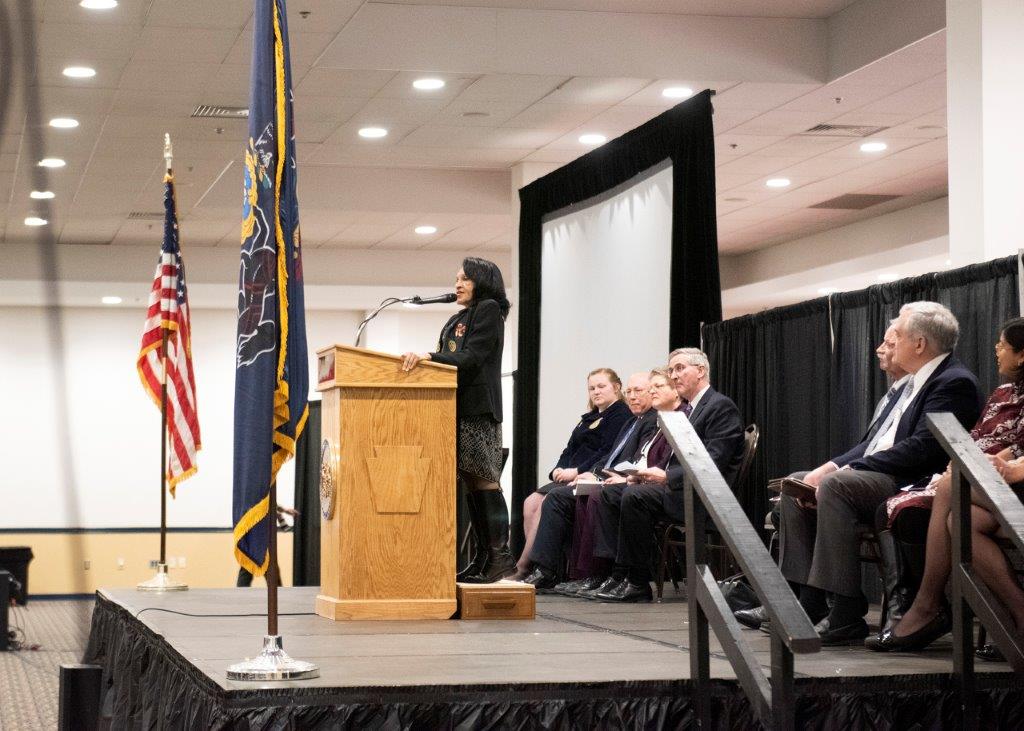 On January 9, 2019, DFCLT President Denise Dennis was one of the featured speakers at the 103rd Annual Pennsylvania Farm Show’s Public Officials Luncheon, in Harrisburg. The PA Farm Show, a weeklong event, is the oldest of its kind in the nation and is virtual indoor State Fair, held under one enormous roof. Russell C. Redding, Secretary Agriculture, Commonwealth of Pennsylvania who has visited the Dennis Farm, invited Dennis to give a presentation about the Dennis Farm and its history to the more than 600 public officials from throughout the Commonwealth who were present at the luncheon. Their response to the story of the Dennis Farm was so enthusiastic that Denise received spontaneous applause even during her presentation.

The audience included members of the Global Philadelphia Association’s African and Caribbean Business Council (ACBC) who were the guests of State Representative Stephen Kinsey, Chairman of Pennsylvania’s Legislative Black Caucus. The ACBC members found the history of the Dennis Farm so extraordinary and empowering, they asked to meet and pose for photographs with Denise. The story of the Dennis Farm is part of the history of the African Diaspora, that of people of African heritage across the globe.

This was not the first time Denise Dennis spoke at the PA Farm Show. She gave a slide show presentation at 101st Annual Pennsylvania Farm Show in 2017, when Secretary Redding presented the Dennis Farm Charitable Land Trust with a plaque in “Thanks and recognition of the Dennis Farm’s contributions” to preserving the Commonwealth’s rich agricultural history. 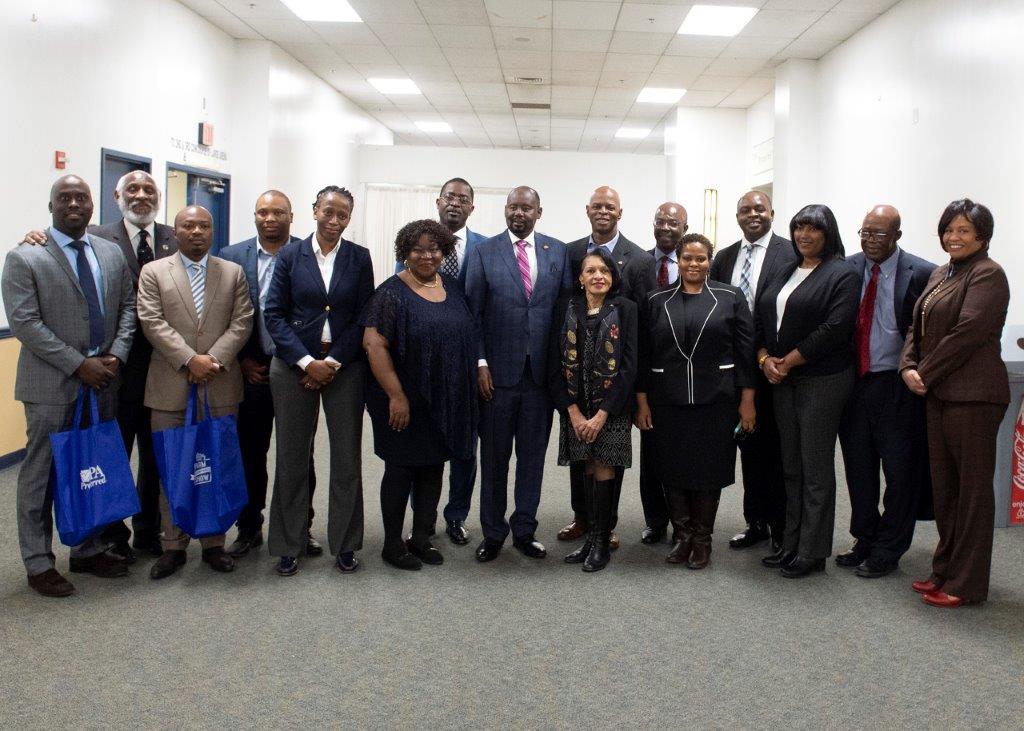 At the PA Farm Show, DFCLT President Denise Dennis, first row fourth from the right, stands with members of the Global Initiative Association’s African and Caribbean Business Council. State Representative Stephen Kinsey, Chairman of Pennsylvania’s Legislative Black Caucus stands directly behind her and H.E. Dr. Momar Diop, Senegal’s Ambassador to the United States, stands behind her on the left.