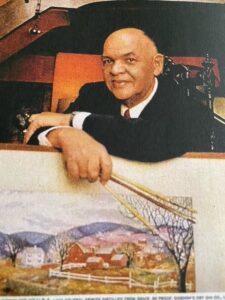 In his new book, Invisible Men, author Ken Quattro tells the stories of sixteen African American artists who were trailblazers in the comic book industry, including a Northeast Pennsylvania artist named Elmer C. Stoner (1897-1969). Stoner was born and grew up in Wilkes-Barre and was a lifelong friend of Norman H. Dennis, as their fathers before them had been.

Long after Stoner moved to New York where he was first a part of the Harlem Renaissance, and later when he and his wife purchased an apartment building in Greenwich Village where he lived for the remainder of his life, he would return to Wilkes-Barre several times a year to visit Norman Dennis and his family—until the year he died. Denise Dennis and Darryl Gore have vivid memories of the Stoners. They didn’t have children, but had two large boxer dogs that traveled with them!

In the 1930s, when comic books were in their infancy, Elmer Stoner (1897-1969) was one of the first African American artists to break into the industry. He drew for DC Comics before they were called DC Comics and even drew “Captain Marvel” for Fawcett, among many other characters. 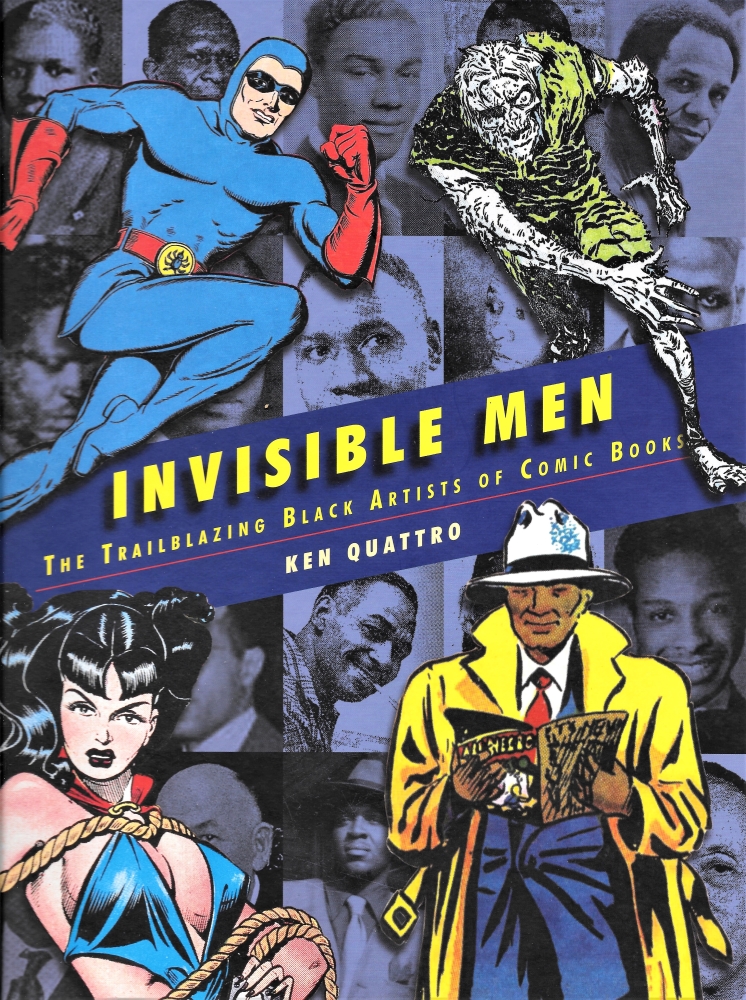 As Quattro explains in his book, these artists were “invisible” because the comic book publishers who purchased their work didn’t necessarily know they were African American.

Each of the artists featured in Invisible Men worked independently and sold their work through “shops” or studios that served as middlemen who then sold the artists’ work to publishers. Sadly, this was the only way Black artists could work during an era when racial discrimination in the workplace was acceptable. According to Quattro, Stoner opened the door for other Black artists to work in the comic book industry.

When Stoner was an adolescent in Wilkes-Barre, he worked for the Kirby Store, and was the protégé of philanthropist, F. M. Kirby. When Stoner was accepted to study at the prestigious Pennsylvania Academy of Fine Arts in Philadelphia, Kirby is said to have funded his education. Stoner was then awarded the Prix de Rome, which made it possible for him to study in Rome. Later, he was named Artist Laureate of Pennsylvania.

When Denise Dennis lived in New York, her apartment was around the corner from Elmer Stoner’s widow, Henriette, and Denise visited her often. Henriette Stoner still lived in their beautiful penthouse apartment with its magnificent skylight overhead, and kept Elmer’s tall easel and Steinway piano under the skylight, exactly as they had been when he was alive.

Stoner was primarily an artist and portrait painter. His work, which sells in auctions today, includes poignant paintings of the grim mining towns of Northeast Pennsylvania during the early twentieth century. His landscape paintings include a beautiful painting of he Dennis Farm. With Ken Quattro’s help, Denise Dennis hopes to find Elmer Stoner’s painting of the Dennis Farm.