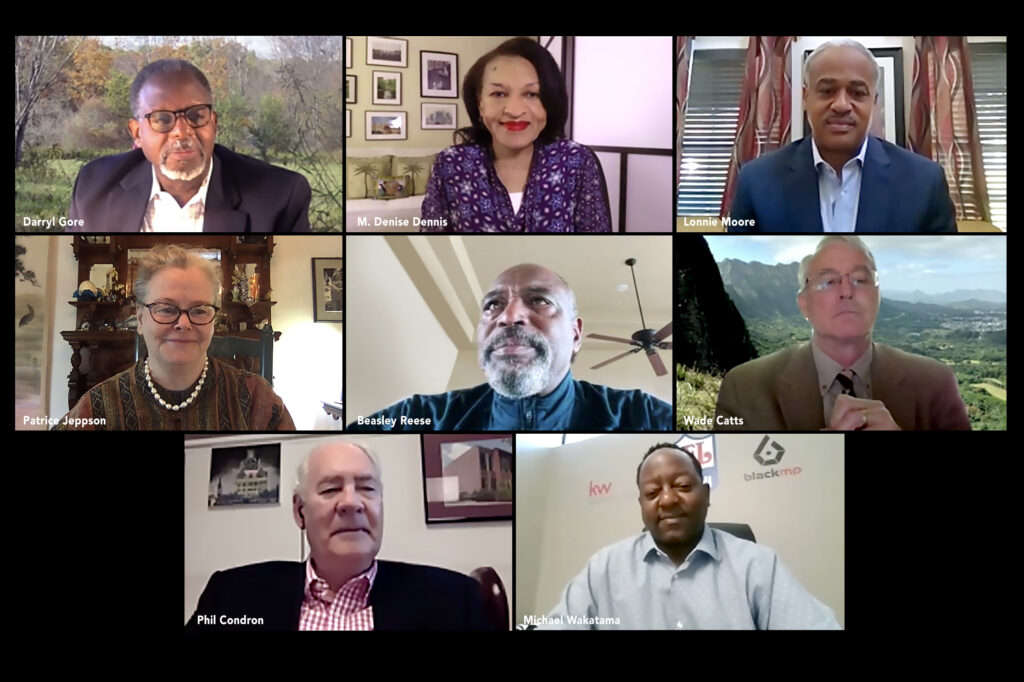 The National Football League Alumni Association (NFLA), under the auspices of CEO Beasley Reece, presented a webinar, “Historic Impact of The Dennis Farm Charitable Land Trust,” on September 23, 2020. The event was the first program in NFLA’s “Enlightenment” series. Mr. Reece, a former player with the New York Giants, Dallas Cowboys, and Tampa Bay Buccaneers, and a celebrated broadcast journalist and Sports Director with KYW-TV (CBS) in Philadelphia for many years, hosted the event. When he introduced DFCLT to NFLA members and colleagues, Reece spoke eloquently, from the heart, about the significance of the Dennis Farm and its history especially at this moment in our nation’s history.

At the end of the program, Reece encouraged the attendees to support DFCLT and announced that there will be a donor page on the NFLA website where they can make contributions to help us meet our National Endowment for the Humanities (NEH) matching grant to transform the farmhouse to a museum.

After paying tribute to the late Gale Sayers who passed away the day of the webinar, introducing “Team Dennis Farm,” and thanking Beasley Reece for planning and hosting the webinar, DFCLT President Denise Dennis spoke briefly and introduced two video presentations.

Lee Woodall, President of NFLA’s Philadelphia Chapter and a former player, most notably with the San Francisco Forty-Niners, was one of the webinar attendees. Following the webinar, Mr. Woodall convened a Zoom meeting with DFCLT to discuss and begin to plan future joint initiatives. First on the list is a tour of the Dennis Farm.

Established more than fifty years ago, the NFL Alumni Association is the oldest and most successful retired players organization in professional sports. “We are excited and delighted about this partnership with NFLA,” said Denise Dennis. “The NFLA Association does amazing work on behalf of former players and the larger community of which we are all a part. Our two cultural institutions, NFLA and DFCLT, are committed to making a positive difference. We are honored to be working with this legendary organization as together we work to build a better world.”