Located in the scenic Endless Mountains of Susquehanna County, Northeast Pennsylvania, the 200+ year-old, 153-acre Dennis Farm was originally purchased and settled by the family of Prince Perkins and his wife, Judith, free African Americans who, in 1793, arrived in the region from Connecticut with the first wave of settlement following the American Revolution.

The Perkins descendants, the Dennis Family, have retained ownership of the property into the twenty-first century, although it hasn’t been a working farm since the early twentieth century.  The history of the Perkins-Dennis Family, from colonial New England to the present is fully documented.

The Dennis Farm is listed on the National Register of Historic Places and features:

A selection of the Dennis Farm’s nineteenth century artifacts, books and photographs are in the permanent collection of the Smithsonian Institution’s National Museum of African American History and Culture.

As part of the Commonwealth of Pennsylvania’s celebration of the United States Semiquincentennial, (America250PA) The Dennis Farm Charitable Land Trust has been chosen, as one of seven historical sites, to receive a commemorative Semiquincentennial Bell, a four-foot replica of the Bicentennial Bell presented to Independence National Historical Park by Queen Elizabeth II, in 1976.

“The Dennis Farm represents a rare, and perhaps unique case…. As plans for the museum unfold…we envision the Dennis family history playing an important role in bringing to life the story of free Africans Americans from the late 18th century through the Civil War.”

“The Dennis Farm represents a truly exceptional example of a well-documented landscape owned by free African American over two-hundred years. …Its significance extends well beyond the boundaries of Pennsylvania and its research potential is unparalleled.” 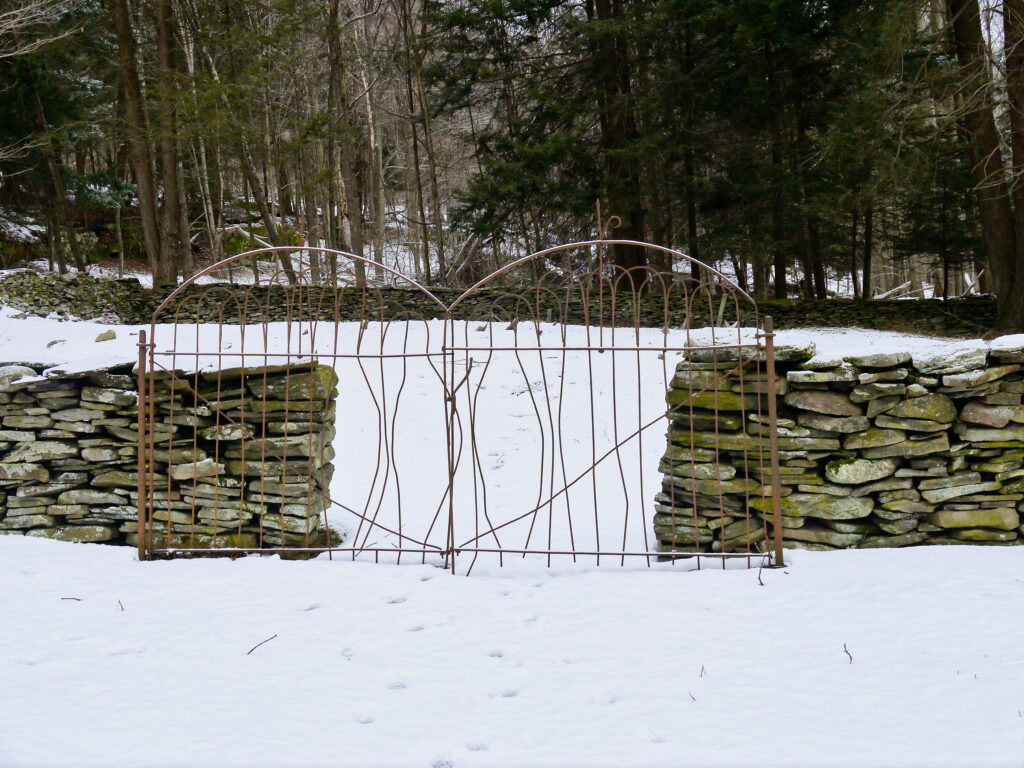 The remains of family members born in the eighteenth and nineteenth centuries, including veterans of the Revolutionary War, are resting in the Perkins Dennis Cemetery.  One Civil War veteran who was a friend of the family and men and women who died on the Underground Railroad are among the fifty souls interred in the cemetery. 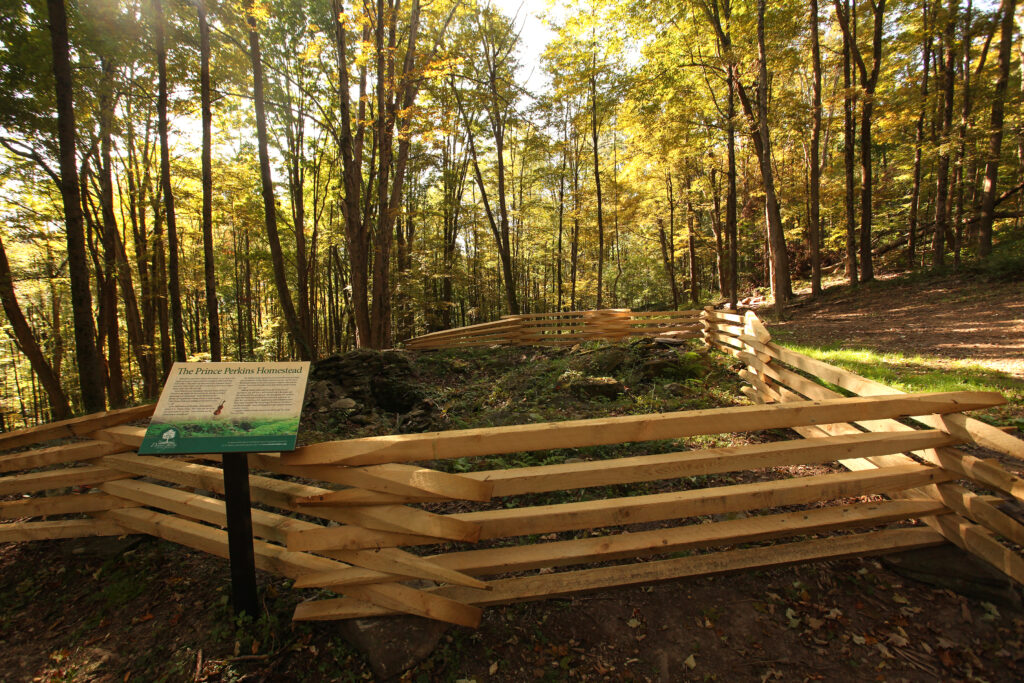 The Perkins’ early homestead including the foundation of the house, spring, garden markings, and well are located at the hilltop. 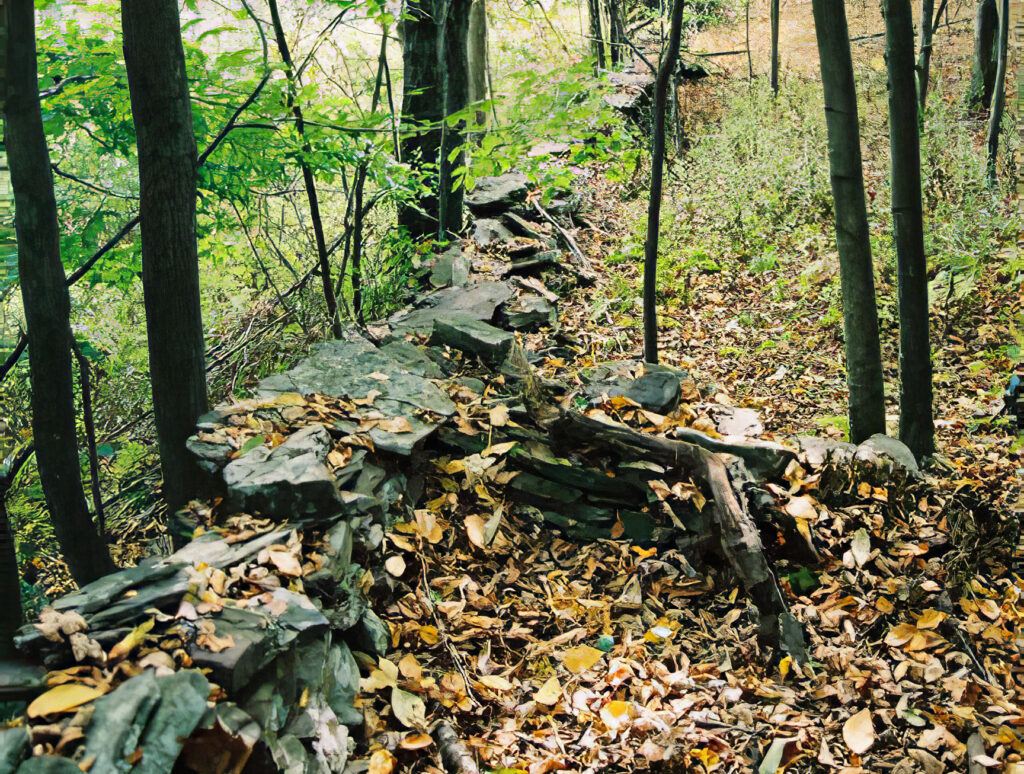 An elaborate series of stone walls, built during the nineteenth century, define the perimeter and individual sections of the property.  The walls help track changes in the farm throughout the century. 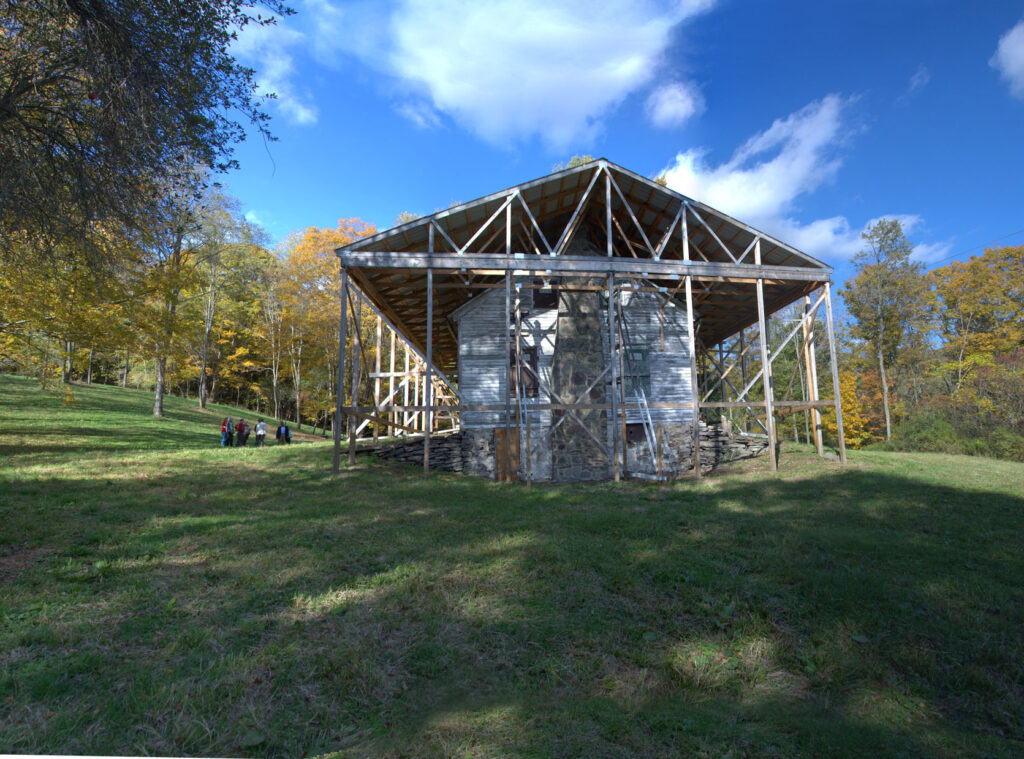 Built in the first quarter of the nineteenth century and restored in 1939, the farm house is an example of a classic timber frame saltbox, reflecting the family’s New England background. 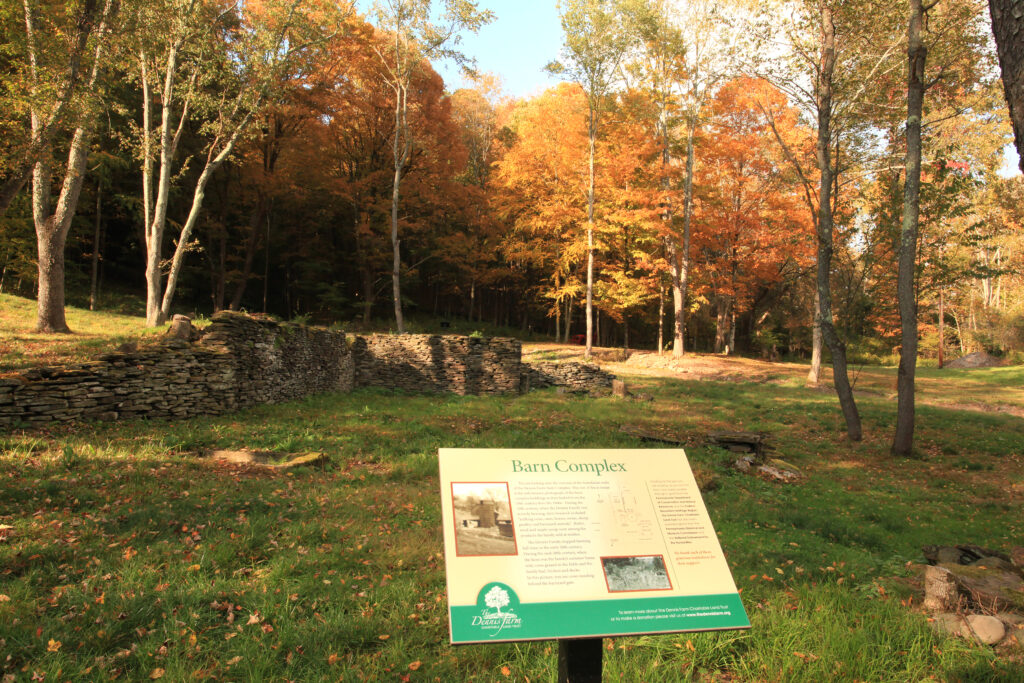 The stone walls of the original barn complex foundation, also, trace the growth of the farm from the early 19th to the early 20th century.

Because it was never modernized, the Dennis Farm has the footprint of a New England farm circa 1800.

According to a study prepared by a team of archeological and historical researchers, “The Dennis Farm represents an exciting opportunity to blend archeological and environmental history at one location… There are presently no other locations in the northeast that combine these ingredients and that are trying to actively interpret them, preserve them, and present them to the public. The property’s African American ownership for over two centuries is unique in northeastern Pennsylvania and is an important story that needs telling…Pennsylvania scholars have also identified the Dennis Farm as a location associated with Underground Railroad History.”