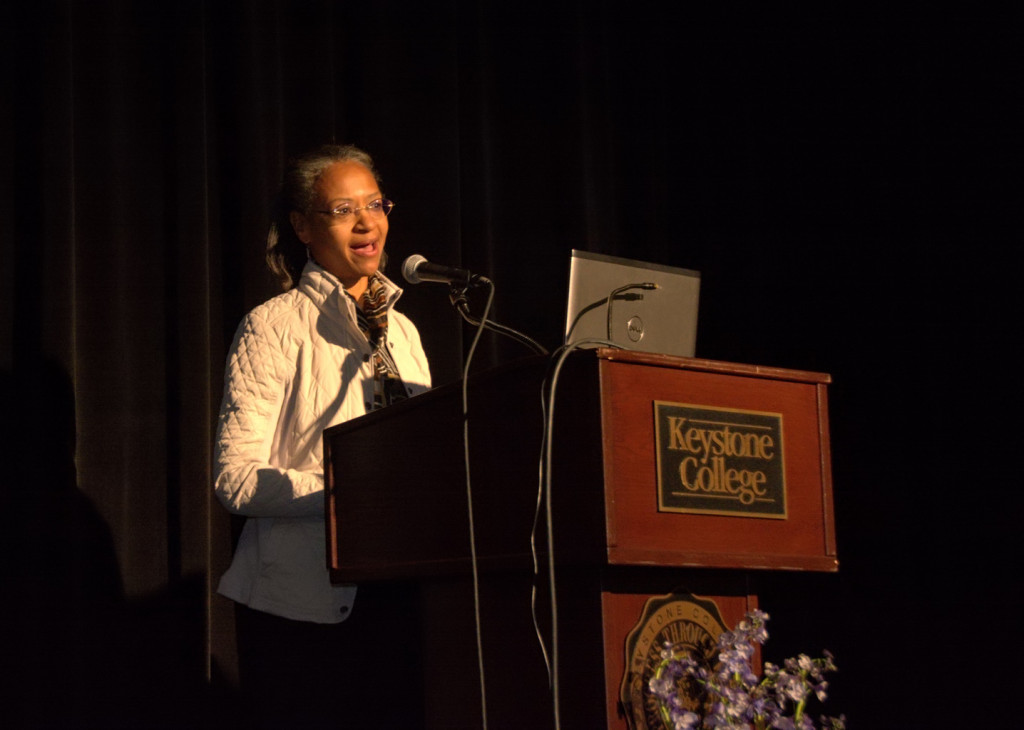 The 2015 DFCLT symposium program and luncheon, held in Brooks Theater at Keystone College, celebrated the 200th birthday of Henry W. Dennis. The program began with a thoughtful welcoming address by college President, David Coppola, PhD that paid homage to family, farm and freedom. Wade Catts, DFCLT board member, then gave a presentation, The Historical Dennis Farm: The Year in Review, an update of the Trust’s activities and progress during 2014-2015.

He was followed by the keynote speaker, Maria Madison, PhD, board president of Robbins House in Concord Massachusetts, the interpretive center for Concord’s African American History. Henry W. Dennis’ parents and grandparents were from Concord, MA and married there in 1804 and 1777 respectively. Dr. Madison’s informative and poetic presentation, Belonging: Landscape and Black Heritage in Concord, MA, offered a vivid historical picture of life for African Americans in colonial and early nineteenth century Concord. Since this was the place and environment that influenced the Dennis family long before they moved to Pennsylvania, Maria Madison’s address contributed another dimension to the history of the Dennis Farm.

Denise Dennis, DFCLT president, continued this theme in her luncheon address, The Dennis Family: From Colonial Concord, MA to 19th Century Susquehanna County, PA that traced the Dennis family’s journey from Concord, MA to Windsor County, Vermont to Pennsylvania. For dessert, guests were treated to slices of birthday cake before heading for the farm.