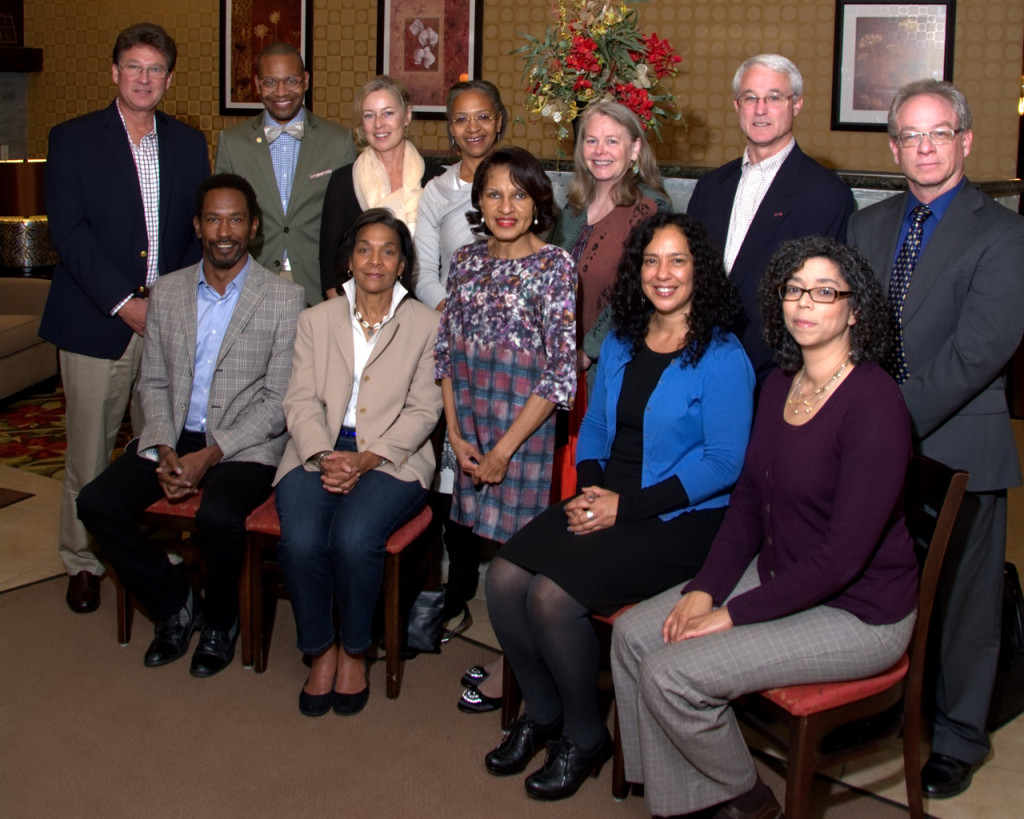 On October 6, 2015 DFCLT hosted an interpretive planning dinner meeting for ten invited guests at the Comfort Inn in Tunkhannock, PA, about a half-hour drive from the Dennis Farm. Tom Scofield, Preservation Planner for the town of Leesburg, VA, was the facilitator for the meeting. Scofield, co-author of the Dennis Farm’s successful National Register of Historic Places nomination when he was a planner with John Milner Associates, began the meeting with an in-depth and detailed Power Point presentation about the history of the farm and DFCLT’s on-going efforts to creatively and effectively present and interpret the site to the public while continuing our educational outreach. Following Scofield’s presentation, a robust, illuminating and productive discussion ensued among the participants, all of whom were enthused about the farm and its potential.

In addition to Mr. Scofield, the group scholars, planners, preservationists and designers who participated in the dinner meeting are:

The meeting guests were given a separate guided tour of the Dennis Farm that highlighted the site’s historical features including the 19th century farmhouse and mile of stonewalls, the stonewall-enclosed Perkins-Dennis Cemetery, the Prince Perkins archaeological site, and the barn complex ruins. All have agreed to serve as advisors to DFCLT.