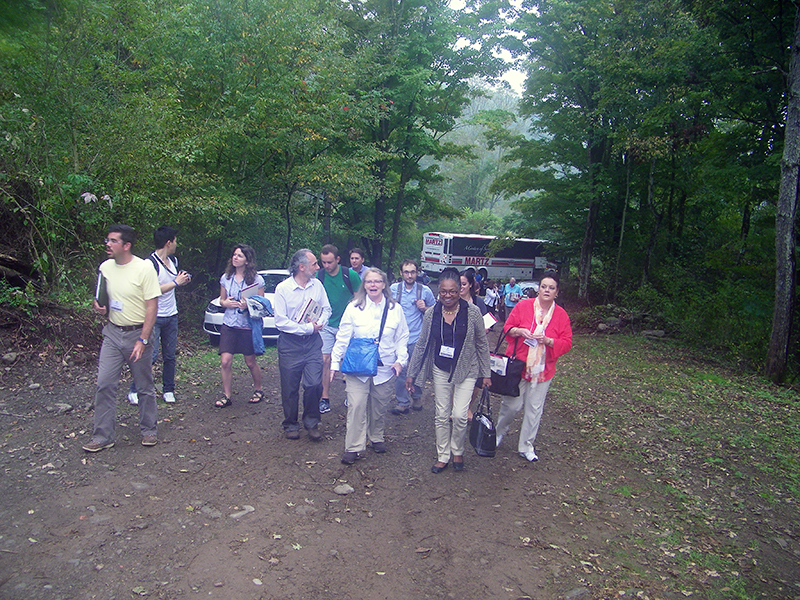 “I can’t tell you how good it was for me in spirit and soul to hear your family’s story and walk on ground that you have owned for two centuries…”
—Larry Griffin, Beech Interplex, Symposium Guest

More than fifty invited guests representing ten colleges and universities, corporate and public service professionals, local historians and media gathered on September 12, 2013 for the Inaugural Dennis Farm Symposium and Outdoor Field Tour. The event began in Montrose, PA with an opening reception at the Center for Anti-Slavery Studies (CASS), followed by a program at the First Presbyterian Church, which was once active in the Underground Railroad.

The next speaker was John Roby, PhD, an archaeologist and assistant professor at Indiana University of Pennsylvania. Roby conducted an archaeological field school at the farm, in 2008 and 2009, when he was a doctoral candidate at New York’s Binghamton University. In his fascinating talk and slide show, he described the field school, some of the more than 10,000 artifacts he and his students retrieved, and what those artifacts reveal about the quotidian, 19th century lives of the Perkins-Dennis family. Roby’s research at the farm formed the basis of his dissertation, Memory, Practice and Process at the Perkins-Dennis Farm, a 19th Century Free African American Homestead in Susquehanna Country, PA. Data from Roby’s research comprised the archaeological component of the Dennis Farm’s nomination for the National Register of Historic Places. Roby also described how their experience at the farm led a number of his students to pursue careers in archaeology, some of whom are now teaching.

Following Roby’s talk, as guests enjoyed a scrumptious luncheon in a white tent on the church lawn, Denise Dennis, DFCLT president presented the keynote address, “A Saga of 220 Years and Seven Generations”. Her presentation included photographs of the family and of original documents, some dating back more than two centuries. Dennis, also, introduced members of the Perkins-Dennis family present at the symposium: Margaret Dennis Gore Crumley, Edith Dennis Moore Stephens, Darryl Gore, Lonnie Moore, III, his wife, Shanté, and their daughter, Lonaé Moore, a member of the eighth generation.

After lunch, everyone boarded a charted bus for the fourteen-mile ride to the farm. En route Tom Scofield of JMA, co-author of the farm’s National Register nomination, presented a talk. Upon arrival at the farm a fleet of golf carts, guided by Cabot personnel, transported attendees up and down private roads on the farm’s bucolic hillside, rotating them in groups from one of the site’s four most historical features to another. An expert was present at each location to add insight and respond to questions: downhill, architect Phil Yocum spoke at the recently stabilized farm house, while Catts spoke at the stone ruins of the barn complex; uphill, Roby greeted guests at the Prince Perkins Archaeological Site, and Dennis welcomed them to the Perkins-Dennis Cemetery.

At the close of the day, guests and crew gathered in front of the barn complex ruins. There, Dennis thanked them for coming and encouraged each guest to contribute to the Trust by spreading the word about what they learned; and encouraging their friends and colleagues to donate to the farm house and interpretive center’s building fund. Dennis then offered a prayer.

The responses to the Symposium confirm that our mission for the farm resonates with the public. Wanda D. Paul, vice president of the Philadelphia Convention and Visitors Bureau and a DFCLT board member writes, “The land is unbelievable as is the Endless Mountains region…I’ve talked about it so much since I returned. …You have me thinking of all the possibilities….”

“Thank you for inviting us,” writes Roy Goodman, curator of printed materials, American Philosophical Society, “we learned so much…”

Betty Smith, curator of the Susquehanna Country Historical Society, was so inspired that within days after the event, she uncovered an important document about the family in the society’s archives. “I thoroughly enjoyed the symposium,” Smith writes, “and came away with my head full of ideas…the whole day was so well organized…I thank you for the invitation.”

In a message to Denise Dennis, guest Jo Ann Jones, sums the day up well, “Congratulations to you and all who contributed to a very fine inaugural event,” she writes, “Your vision and hard work are bearing fruit.” 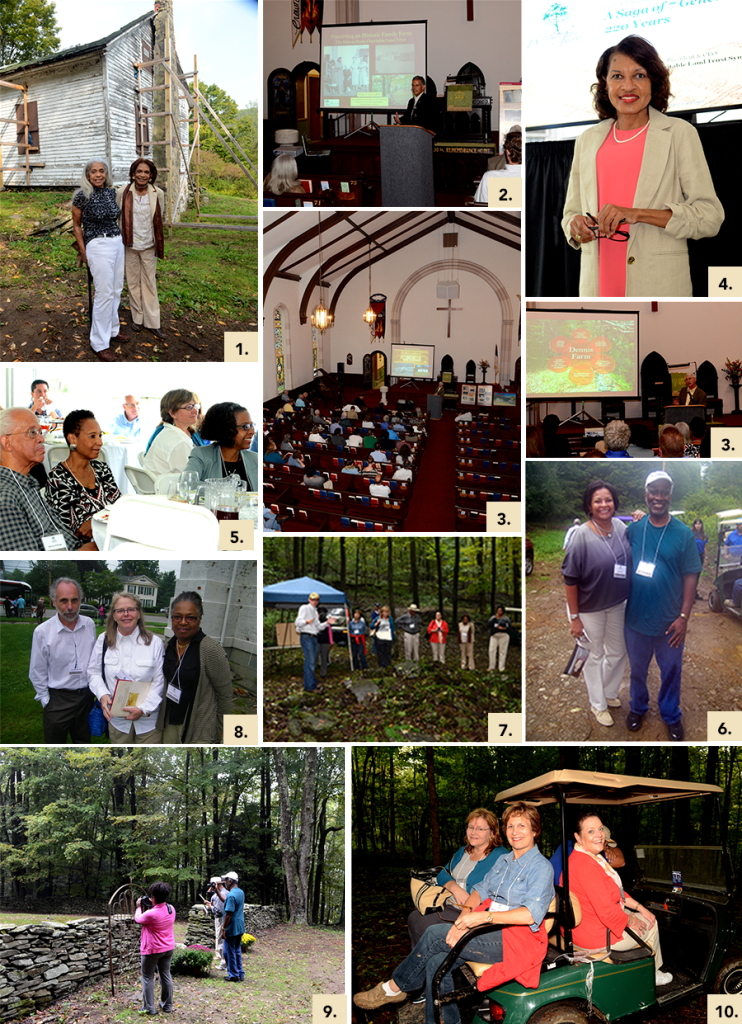