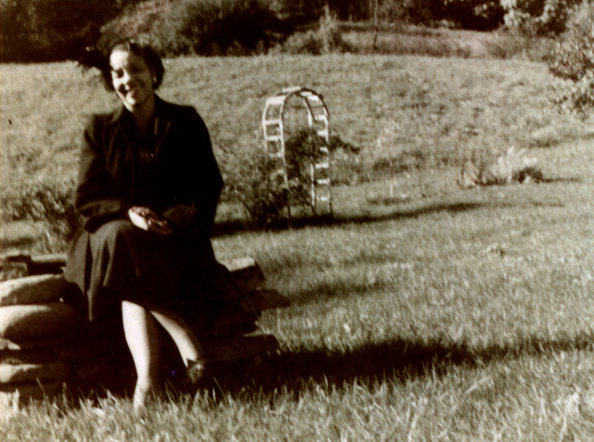 Thirty-five years ago, March 1983, Pennsylvania’s Department of Education honored a select group of the Commonwealth’s most outstanding women in, Pennsylvania’s Women, a Women’s History Week publication. Among the women profiled in the publication and the teaching packet that accompanied it were trail-blazing environmentalist, Rachel Carson; legendary muckraking journalist, Ida Tarbell; abolitionist and women’s suffrage leader, Lucretia Mott; and educator and historic preservationist Edith A. Dennis.

Edith Dennis’ profile in the 1983 publication paid tribute to her 43-year career as a teacher in Harrisburg, PA. Today, in addition to saluting her contributions to education, The Dennis Farm Charitable Land Trust honors Edith Angeline Dennis for her singular contribution to the historic preservation of the Dennis Farm and to her generosity, beauty, and elegance. “Hold your head up, Denise, remember you’re a Dennis,” she told her niece once, inspiring young Denise Dennis to always do and present her best.

In 1939, Edith Dennis began to restore the farm as a gift for her father so that he could spend the remaining summers of his life on the land where he was born and grew up. Because she kept meticulous records and saved them, we have a documented record of the restoration, including paperwork compiled by her attorney that traces the ownership of the farm from the founder, her great-great grandfather Prince Perkins, to Edith’s stewardship.

Beginning in 1939 when she restored the property, until she passed away in 1980, E.A.D was the owner and primary steward of the Dennis Farm, financing the yearly upkeep and paying the taxes. It is through her efforts that the farm remained in the Dennis family into the twenty-first century, making it possible for us to do the work we’re doing today. Edith Dennis, also, saved documents, books, photographs, and 19th century artifacts from the farm, a number of which are now in the collection of the Smithsonian’s National Museum of African American History and Culture (NMAAHC) in Washington, DC. When she passed away, she left the farm in the stewardship of her youngest and only remaining sibling, Hope Dennis, who later founded DFCLT with their niece, Denise Dennis, whom Edith inspired throughout her lifetime.

Even more fascinating than the documents pertaining to the history of the farm is the handwritten record of life in the early twentieth century that young Edith Dennis recorded in her diaries from 1916-1918. The diaries, with the photo album she kept during the same period, offer a time capsule of a middle-class, educated African American family and their friends 100 years ago. Denise Dennis is transcribing the diaries, which will become a part of the DFCLT archives.

Born in Wilkes-Barre, PA in 1899, Edith Angeline Dennis was the second surviving child and first daughter of Sumner B. and Mary Kinslow Dennis. After graduating from Wilkes-Barre High School, she attended Bloomsburg State Normal School, where she and her first cousin were the first African American boarding students, graduating in 1919. She earned her Bachelor of Science degree from the University of Pennsylvania. Because they did not hire African American teachers in Wilkes-Barre at the time, she accepted a teaching job in Harrisburg, first at Central High School and then at Downey Elementary School where she was Head Teacher and, in the 1960s, also director of the Head Start Program. Edith A. Dennis was on the Board of Directors of the greater Harrisburg YWCA, League of Women Voters, American Association of University Women, Foreign Policy Association, Pennsylvania Education Association, Harrisburg Educators Association, the Alumni Association of Bloomsburg State, the Alumni Society of the University of Pennsylvania, and Capitol United Presbyterian Church.

Edith A. Dennis, we salute you with love and appreciation.