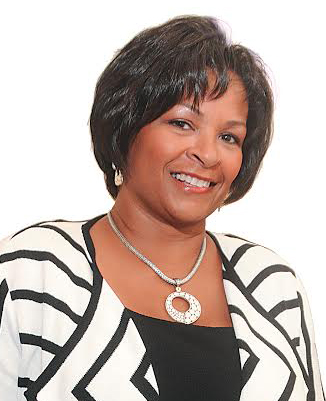 Wanda D. Paul, CPA is Senior Vice President for the Philadelphia Convention and Visitors Bureau. Promoted to that position from Controller in 1988, Mrs. Paul’s responsibilities include administration of the Bureau’s $14 million budget; oversight of all financial operations; technological improvements; personnel administration for 63 full time employees and the coordination of all office purchasing, administrative and legal matters.

A graduate of Temple University with a B.A. in Business Administration/Accounting, Wanda began her career as an auditor with Deloitte Haskins and Sells in 1979. She served under the Goode Administration from 1983 to 1985 and joined her present employer in August of that year.

Making a difference through community service is a passion of Wanda’s. For twenty-five years she has served the Urban League of Philadelphia with extraordinarily dynamic leadership. Her diverse gifts, including energy, enthusiasm, intelligence and coalition building, have helped the League to achieve continuous success as the League’s first and only woman chair of the board in Philadelphia. In 2003, the Philadelphia Convention & Visitors Bureau endowed a scholarship in her name at the Urban League of Philadelphia, given annually. The Urban League has honored her during her term for her leadership, community service and volunteerism.

She also serves as vice chair of the board of the Steppingstone Scholars, a non-profit organization dedicated to preparing economically disadvantaged children for placement in private and academically advanced public schools in the Philadelphia area to improve their opportunities in life. Wanda serves as vice chair of the National Adoption Agency, an agency that provides “forever families” for children in foster care and she serves on the 2008 United Way Campaign Cabinet in Philadelphia and the Finance Committee of the Rhythm and Blues Foundation.

Wanda is also the recipient of the 2008 Gimper Community Service Award, 2007 International Visitors Council Citizen Diplomacy Award and 2006 Philadelphia Business Journal’s Women of Distinction Award amongst many others.

A resident of New Jersey for ten years, she currently resides in Blackwood with her husband Patrick Paul.