Edith A. Dennis during the 1918 Flu Epidemic

I hope you, your family, colleagues, and friends far and wide are doing as well as possible, as we adjust to life under the shadow of the COVID-19 pandemic. The more than 200-year-old history of the Dennis Farm always reminds me that human beings can–and do–survive even seemingly insurmountable challenges.

Often, when I’m faced with challenges, I think back to an overwhelmingly dismal moment in history and imagine how my family–on the farm–must have felt at that time–and it puts present challenges in perspective.

As we face the first pandemic in more than a century, I recalled that my late aunt, Edith A. Dennis, had the flu in 1918, the year of the last global epidemic, and had written about it in her diary. So, I re-read her diary, found the entries about the flu, and thought I would share them with you. 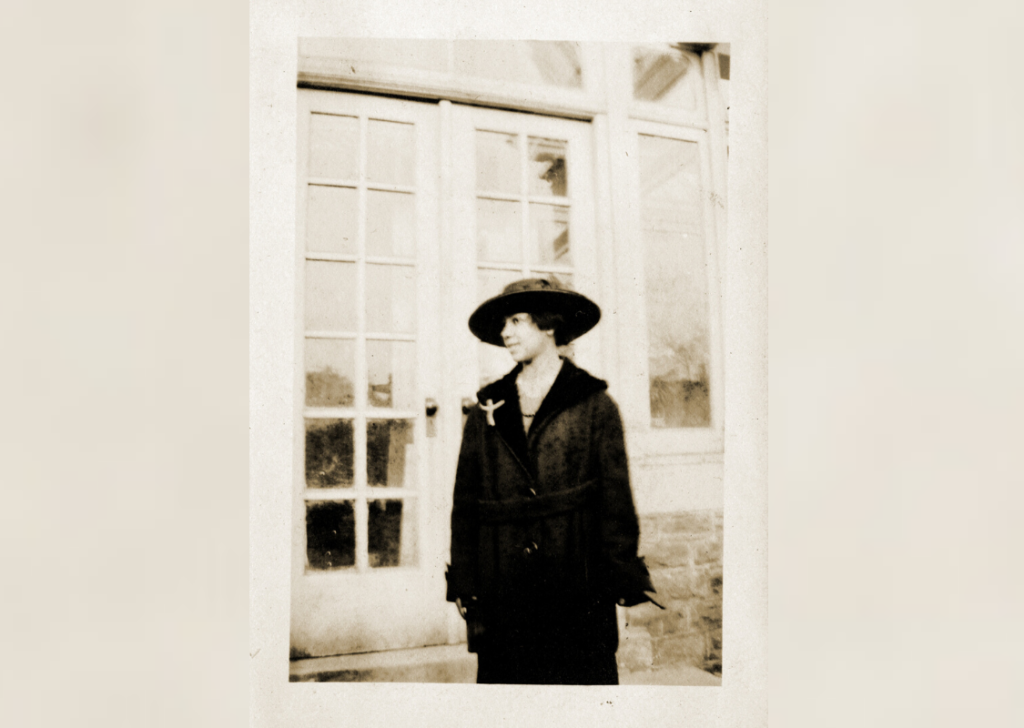 On July 24, 1918, months before Edith became ill, she wrote, “Received a letter from Mama, she wrote that Norman’s ship is quarantined in the Philadelphia Navy yard.” Edith’s brother, Norman H. Dennis, served in the US Navy during World War I and his ship had returned to the US from France, before returning to Europe.

[Note: It was later revealed that during WWI, the number of US enlisted men who died from the flu was so high, President Wilson hid the statistics from the public.] 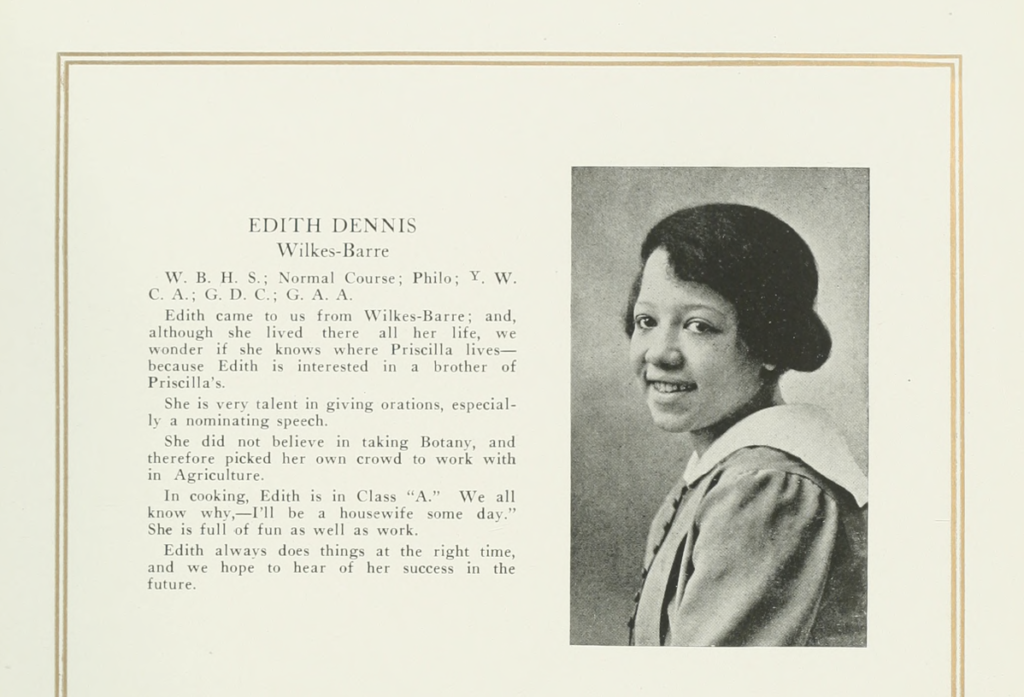 Edith was a student at Bloomsburg State Normal School in 1918, and on September 24, she wrote, “I received a letter from Mama. She said Norman sailed Saturday. Well, the Spanish Influenza is turning to pneumonia and quite dangerous.”

On September 27, she wrote about classmates who were stricken, “Elsie Snyder who was taken to the hospital Tuesday with the Spanish Influenza, died today. It turned to pneumonia. Catherine Bitting went to the hospital today.”

Three days later, on September 30, Edith was ill, “Wrote Mama a letter. I went to see the nurse as I felt very sick and I can go home tomorrow if I am not improved.” The following day, she writes, “Well, I certainly don’t feel the best, nor does Pris [her roommate]. Lil Poust, a day student, died of Influenza in the hospital.”

A day later, October 2, she writes, “Pris went home today. I’m feeling much better… I wouldn’t mind being home, not that I care about being sick.”

The next day, though, on October 3, she writes, “Home again. The nurse gave me permission to go home, as my cold was worse. Also, she would not allow me to attend the Fair. So I took the 6:00 pm home. All are well as yet unvisited by the Flu. Mrs. Fagley urged me to go home.”

Edith went to see the doctor on October 4, and was diagnosed on October 7, 1918, writing in her diary, “Very cool. Today Mama and I went over to the Dr. He said I can’t go back to school…also that I have the flu.”

October 11, She writes, “I feel worse…,” and on October 12, she writes, “Papa sent for Dr. Nurse [A physician, Dr. Nurse, was a friend of Edith’s father, Sumner B. Dennis.] and he gave me a prescription…”

By October 14, 1918, ten days after she was diagnosed, Edith Dennis was well enough to return to Bloomsburg, still taking medication on doctor’s orders, and completed the school year.

She lived a long, productive life, and passed away in 1980, two months before her eighty-first birthday.

In March 2020, the Bloomsburg University Magazine published this cover story about Edith A. Dennis.

This is the online version. Here’s the digital version of the print article. Edith A. Dennis is on the cover of the magazine.

Be well, wash your hands, keep six feet away in space, but remain close in heart.

God bless you and yours.

All will be well,