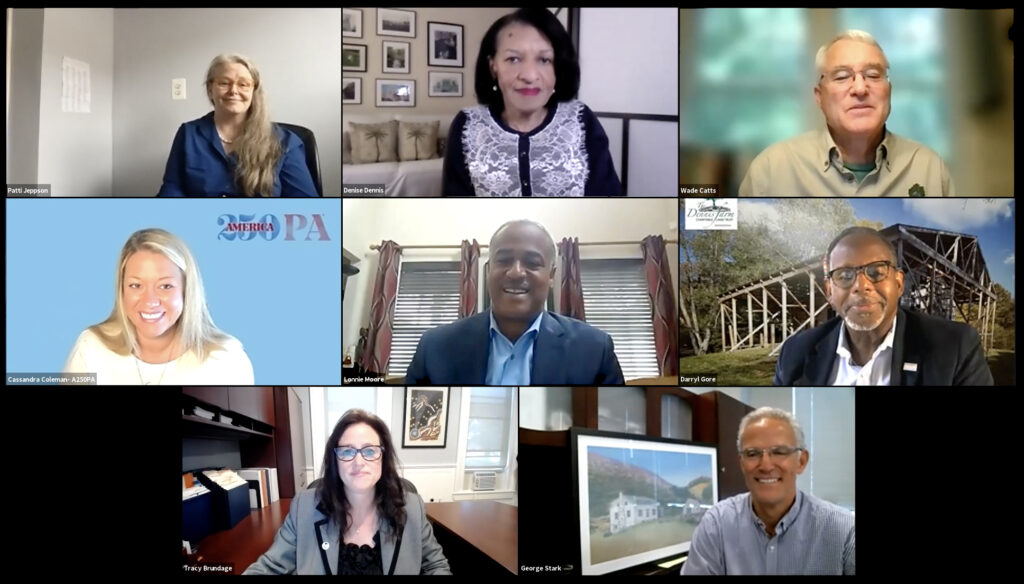 Cassandra Coleman, Executive Director of the Pennsylvania Commission for the United States Semiquincentennial, was the keynote speaker for the Ninth Annual Dennis Farm Symposium, October 6, which was held virtually again this year. The symposium, that began with a welcome from Keystone College President, Tracy Brundage, PhD, celebrated The Dennis Farm Charitable Land Trust’s 20th Anniversary and the 115th birthday and life of Co-Founder, Hope Dennis (1906-2006).

Ms. Coleman’s presentation made this year’s symposium appropriately exciting, memorable, and emotional, when she explained that The Pennsylvania Commission for the United States Semiquincentennial (America250PA) will place their first commemorative bronze, permanent Semiquincentennial Bell in commemoration of the 250th anniversary of the United States in 2026, on The Dennis Farm. The presentation included a beautiful video about the Dennis Farm and remarks from George Stark of Coterra Energy, sponsor of the bell. This first America250PA Semiquincentennial Bell, at the Dennis Farm, will be cast in the Commonwealth and unveiled on the farm in 2023. The bell is a replica of the Bicentennial Bell placed at Independence National Historical Park in Philadelphia, in 1976. 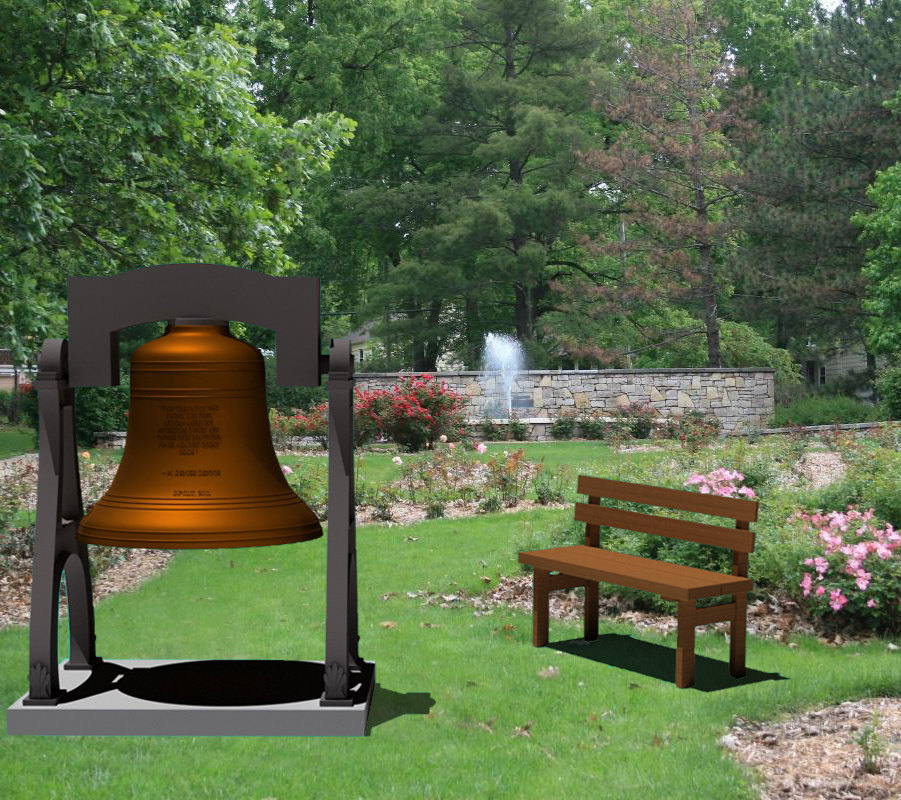 “America250PA is so proud to announce that our first Semiquincentennial Bell will recognize an amazing little-known story of African American history here in the Commonwealth. We truly believe that we, as Pennsylvanians, have such a historic gem right here, in the Dennis Farm,” said Coleman. “We are honored that the Dennis Farm agreed to permanently host this commemorative bell celebrating the 250th anniversary of the United States, and we hope that all Pennsylvanians will join us in recognizing and lifting up this hidden story of two centuries of African American homesteading and land ownership among a largely European population.

“The bell was made possible by the generous support and partnership with Coterra Energy, which also recognizes the important role that the Dennis Farm plays in Pennsylvania’s history. We are grateful to Coterra Energy for their support.”

“Coterra Energy has recognized the historical significance of the Dennis Farm and all it means for Pennsylvania and the United States. The Farm has over 200 years of documented history and has created a remarkable atmosphere focused on culture, education and storytelling. We were proud to recommend the Farm as the first recipient of the America250PA Semiquincentennial Bell as this honor will memorialize the importance of the Bell and Farm for years to come,” said George Stark, Director of External Affairs at Coterra Energy.

America250PA is the first official state partner to the national America250 Foundation who is charged with planning and coordinating efforts across the nation in commemoration of the nation’s 250th anniversary.

“The U.S. Semiquincentennial Commission and our partner the America250 Foundation recognize that the 250th anniversary of the United States is an opportunity to explore our nation’s history and to amplify lesser-known stories that have not previously been told. We are thrilled that the collaboration between our friends at America250PA and The Dennis Farm will shed light on hidden history in Pennsylvania during this historic milestone,” said Daniel M. DiLella, chairman of the U.S. Semiquincentennial Commission.

“America250PA hopes to engage all citizens of the Commonwealth, from each of its 67 counties, to participate in creating a statewide celebration and bringing the Commonwealth’s history into public conversation. America250PA hopes that as Pennsylvanians, we can better understand the origins and multiple perspectives of issues facing our Commonwealth and nation today. The Commission’s ability to communicate its vision, engage various audiences, and encourage inclusive and cohesive participation will be key to a successful Semiquincentennial,” said Coleman.