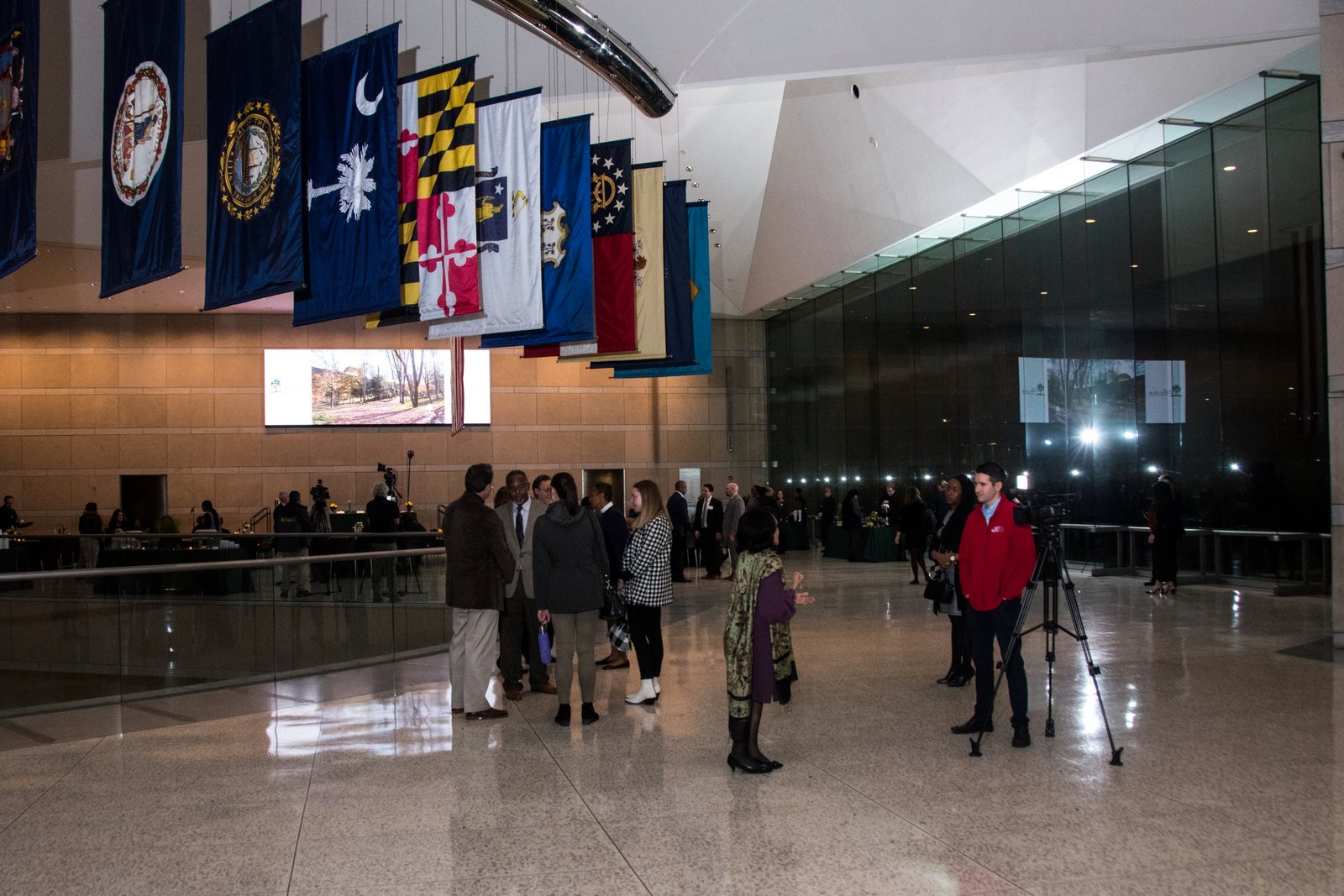 Guests arrive at the National Constitution Center in Philadelphia for DFCLT’s Lonae A. Moore Memorial Forum, “It Begins with Each of Us: Fostering Racial Understanding, February 7, 2019.

The setting of the National Constitution Center in Philadelphia, with its spectacular view of Independence Hall illuminated across the mall, was the ideal setting for DFCLT’s Lonae A. Moore Memorial Forum “It Begins with Each of Us: Fostering Racial Understanding”, on February 7, 2019. After the success of our first forum at Keystone College in October, we decided to host an encore event at the National Constitution Center during Black History Month. Lonae Moore participated the first forum and planned to attend this one, too. Following her untimely death, DFCLT decided to name the event in Lonae’s honor. During the forum, Wade Catts, representing the DFCLT Board, announced that we would name all future forums on this theme in her honor.

The evening began with Aaron Copland’s “Fanfare for the Common Man” echoing throughout the Grand Hall Overlook where the forum took place. Lonnie Moore, III, and Darryl Gore, both seventh-generation direct descendants of the Perkins-Dennis family, were masters of ceremonies for the evening. After an invocation by the Reverend Mother Jo Ann Jones, Church of the Redeemer, Bryn Mawr who also served as panel moderator, Moore asked the attendees, a diverse audience, to shake hands with someone they’d never before met. Gore then thanked all those who contributed to working on the event.

In her opening remarks, DFCLT President Denise Dennis, addressing racism directly by appealing to the better angels of our nature said, “We can defeat the negative with the positive, we can overcome hate with love, if we have the will to do so.”

The forum examined race from several perspectives: anthropological, sociological, moral, and personal. This combined to produce an illuminating and memorable evening. The extraordinary panel included anthropologist Patrice L. Jeppson, PhD, a member of the DFCLT Board and an a adjunct professor at Cheyney University of Pennsylvania, who addressed “The Myth of Race.” Her thought-provoking presentation included a slide show that traced the evolution of the human race from Africa many millennia ago, to show how in spite of our different physical characteristics, genetically all human beings share the same basic DNA.

Christina V. Williams, MBA and a former psychosocial manager at Bayada, Media, PA, addressed “Fear of the Other: Where do stereotypes come from and why do people cling to stereotypes.” Using statistical data, she held stereotypes about different groups up to the light for examination, proving that they are erroneous, based not on reality or science, but on misinformation and fear.

In his powerful presentation, Pastor Marshall P.H. Mitchell of the Salem Baptist Church of Abington, PA, masterfully addressed the “Immorality of Racism” a subject that, as he put it, requires more than a 10-minute presentation to address. He cited the damage racism does at all levels, even describing one of his own ancestors, a slaveholder who when faced with financial difficulties, sold his own family into slavery for money.

The final forum topic was “Racism and Anti-Semitism” presented by Paul O. Grayson, a retired investment banker, who travelled from Paris, France to speak on the panel. Grayson’s paternal grandparents, aunts, uncles and young cousins were killed in Auschwitz at the hands of the Nazis. His father who went into hiding and survived was so traumatized that after the war, he left Europe for Scotland, changed his name, married a Catholic and hid the fact that he was Jewish from his family. Paul Grayson didn’t learn the truth about his Jewish family until he was nineteen, five years after his father’s death. His moving slide show and presentation included a photograph of the yellow star his father was forced to wear before he went into hiding in France. Now married to an African American woman he met in France, a retired dean from Stanford who is a Paris-based jazz vocalist, Grayson described what he has learned about racism and anti-Semitism from personal experience including learning to forgive, which he described as grace.

The evening ended with a beautiful musical video about the Dennis Farm with photos of the farm and family from the 19th, 20th and 21st centuries screened to a stirring medley of, “America the Beautiful/We Shall Overcome” from Sing America, produced for The National Trust for Historic Preservation’s Save America’s Treasures, followed by a benediction from Pastor Mitchell.

View press coverage of the event from NBC 10 here.

Below is a slide show of photos from the Forum, click onto the arrow. 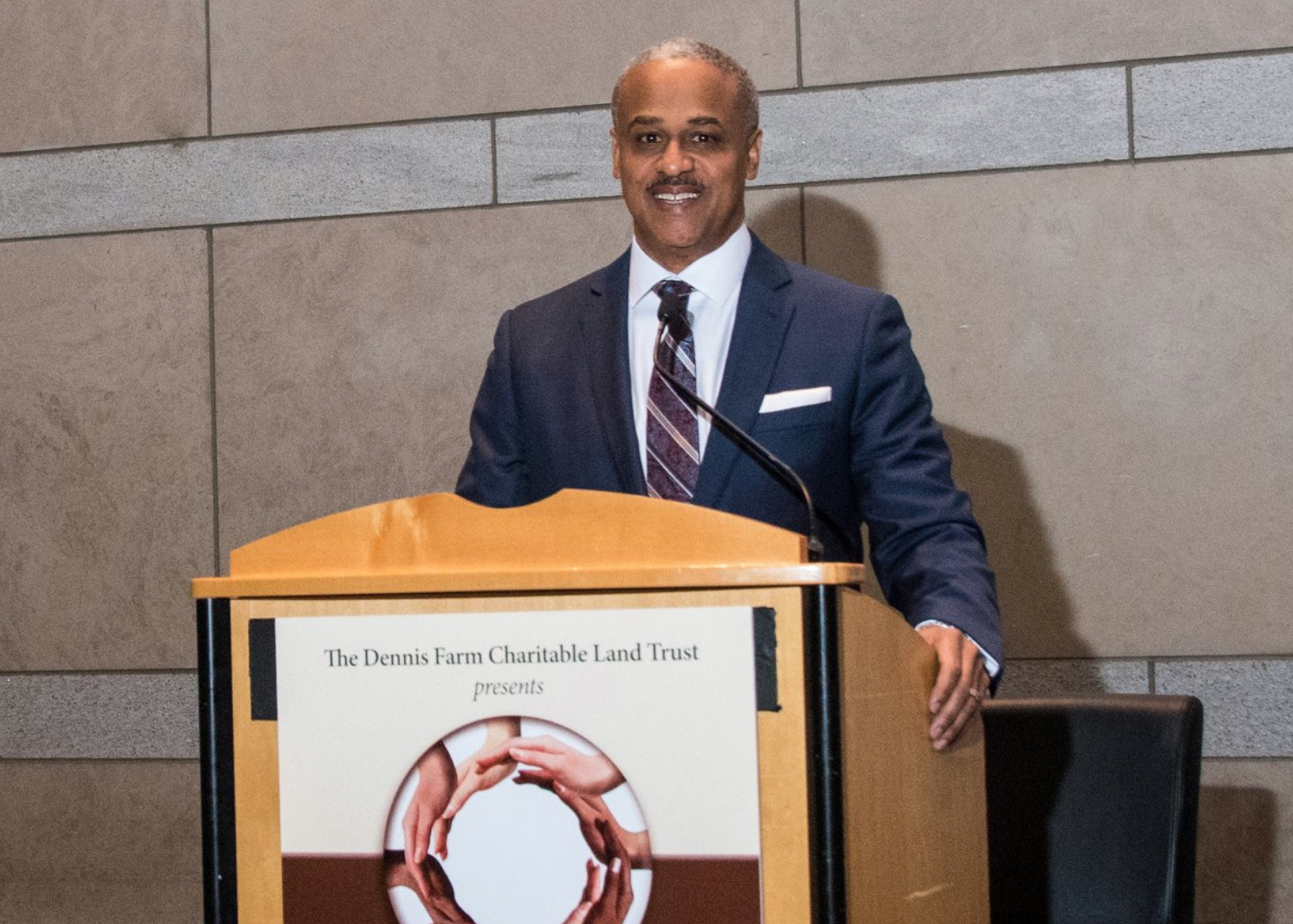 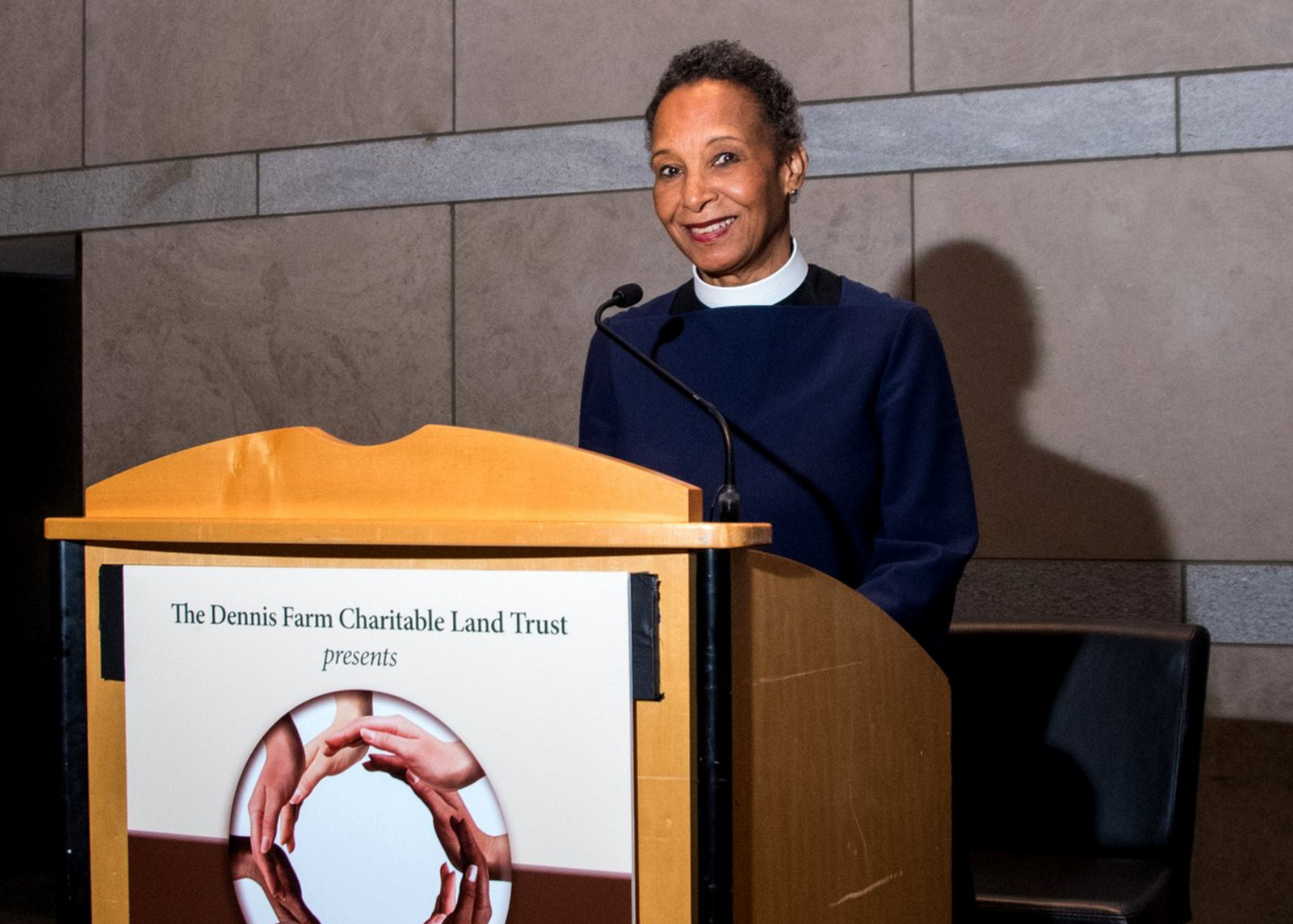 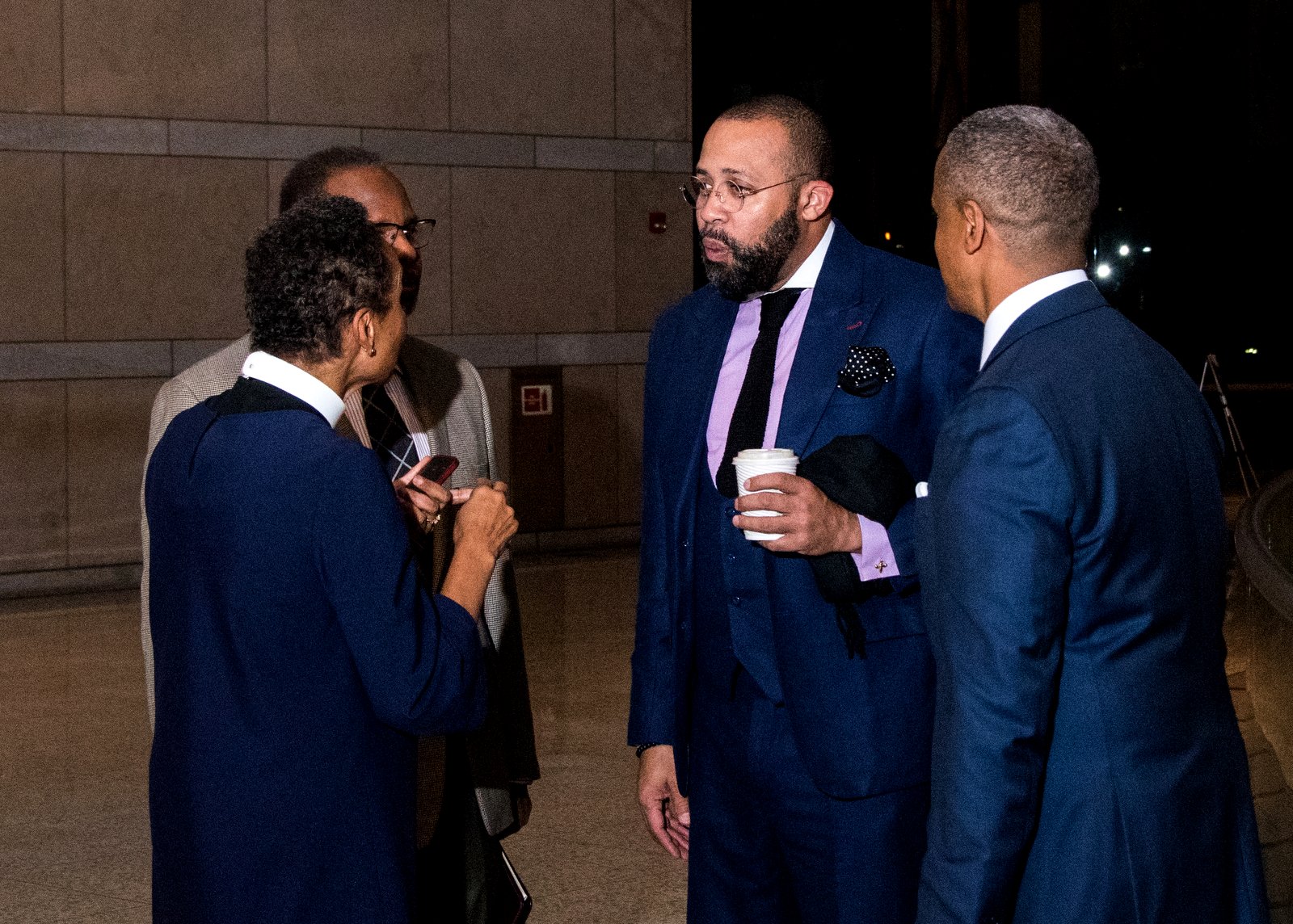 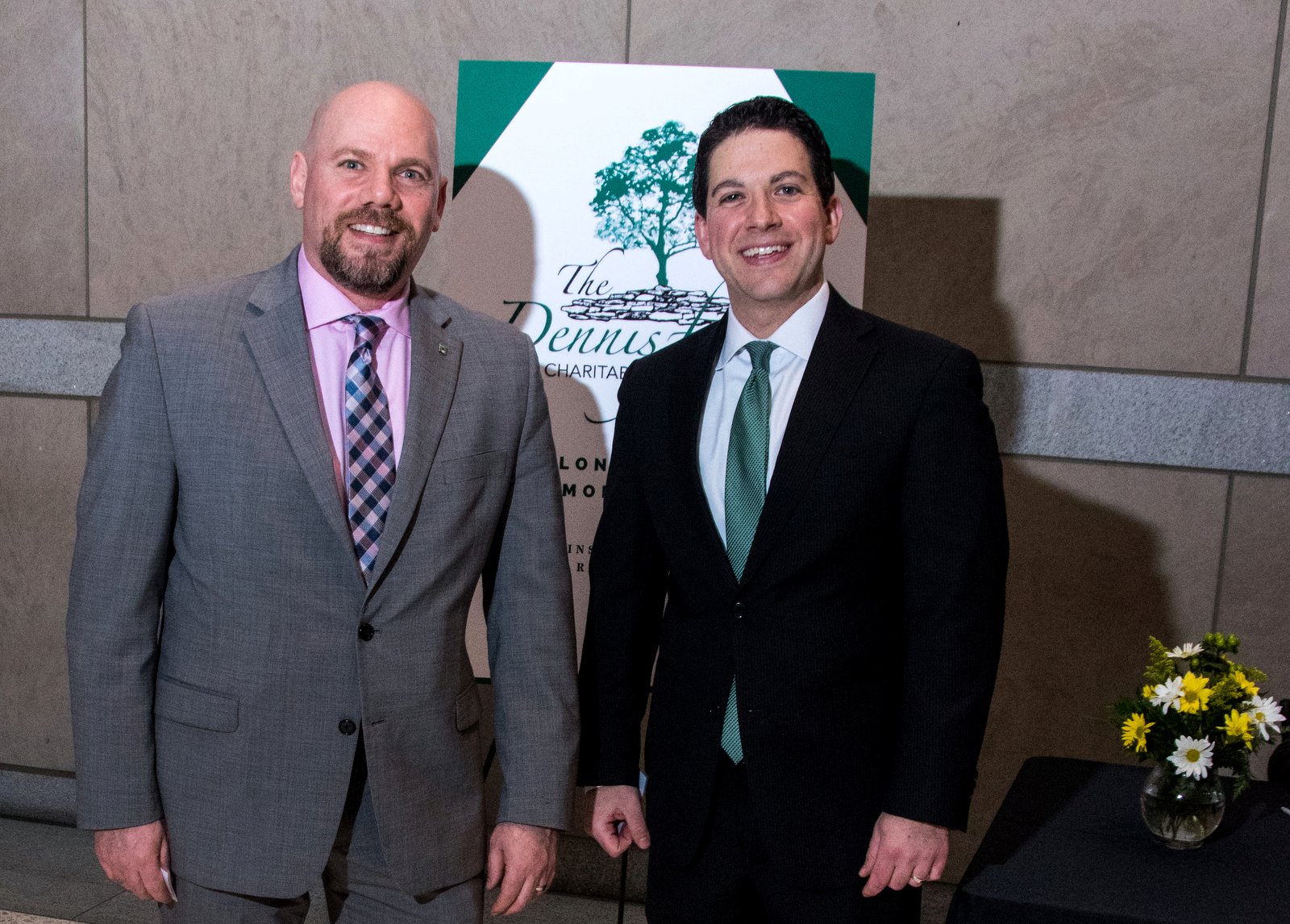 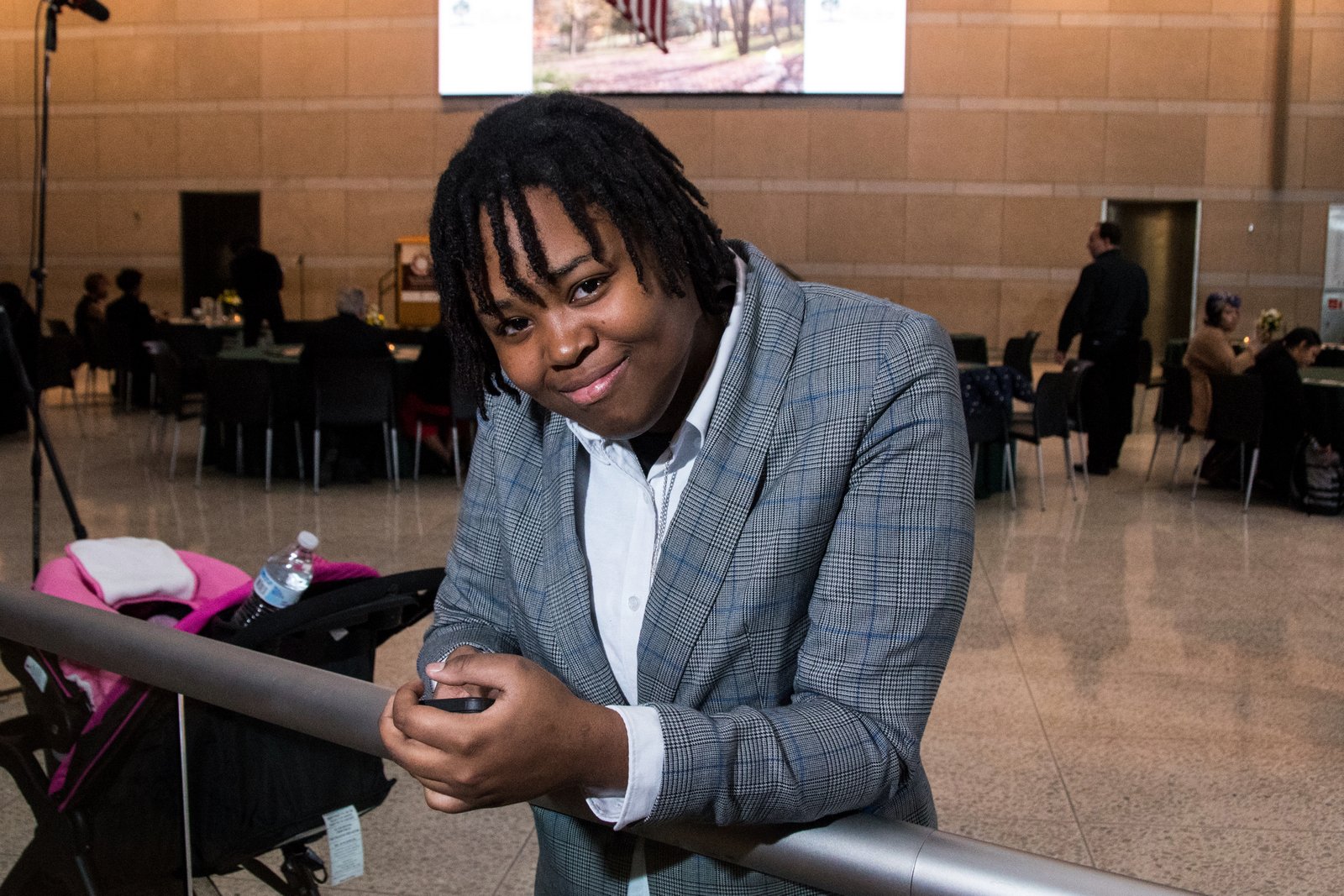 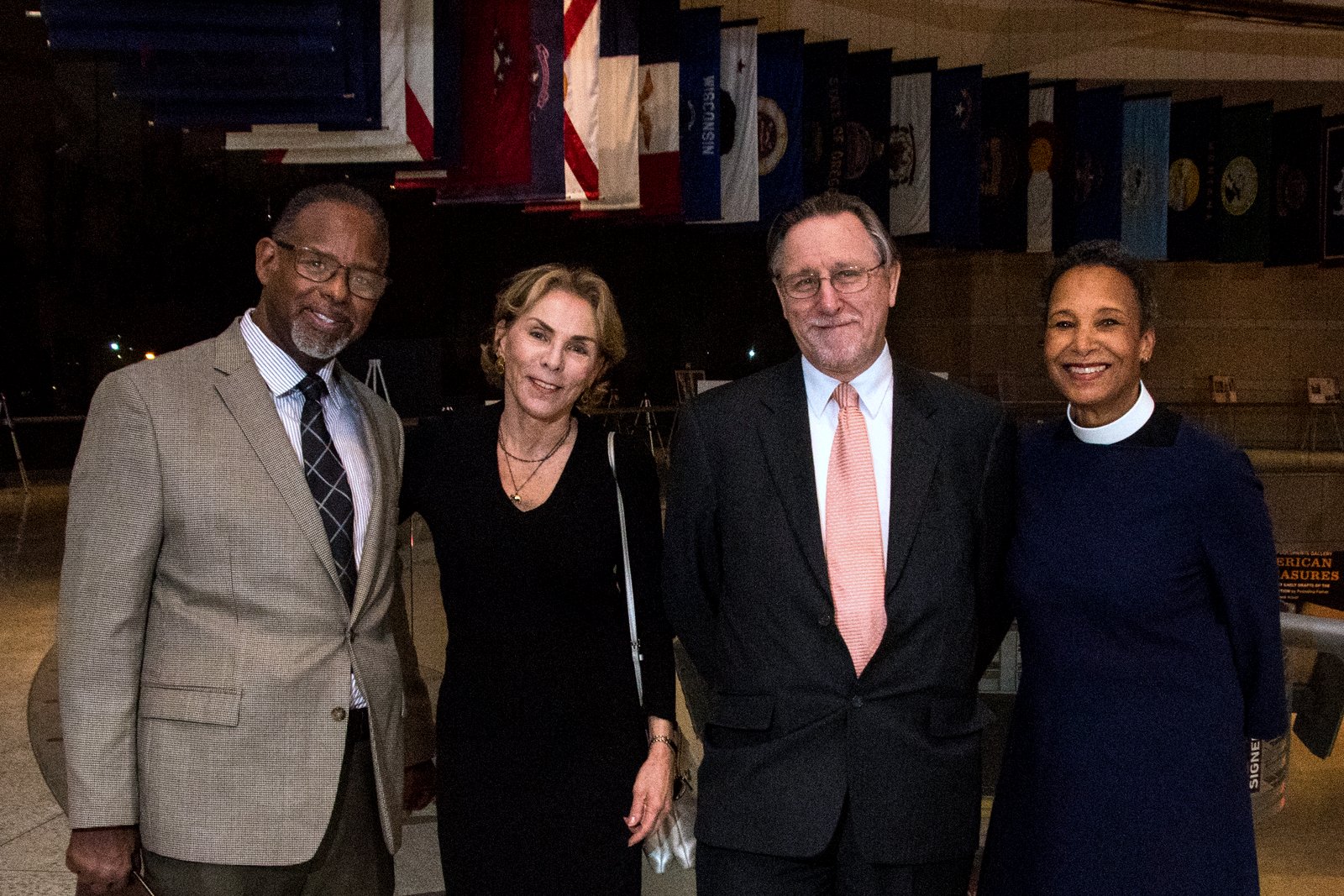 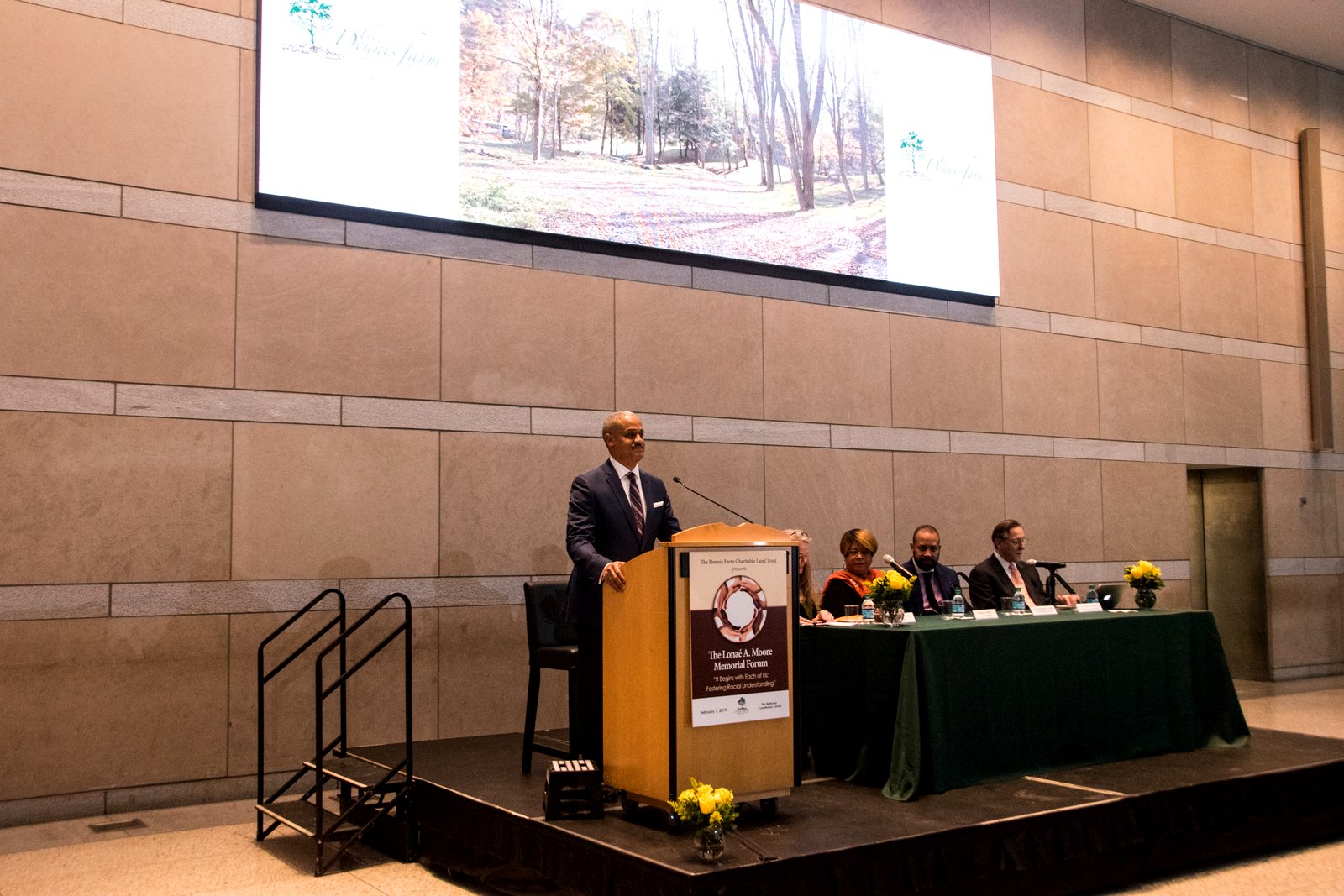 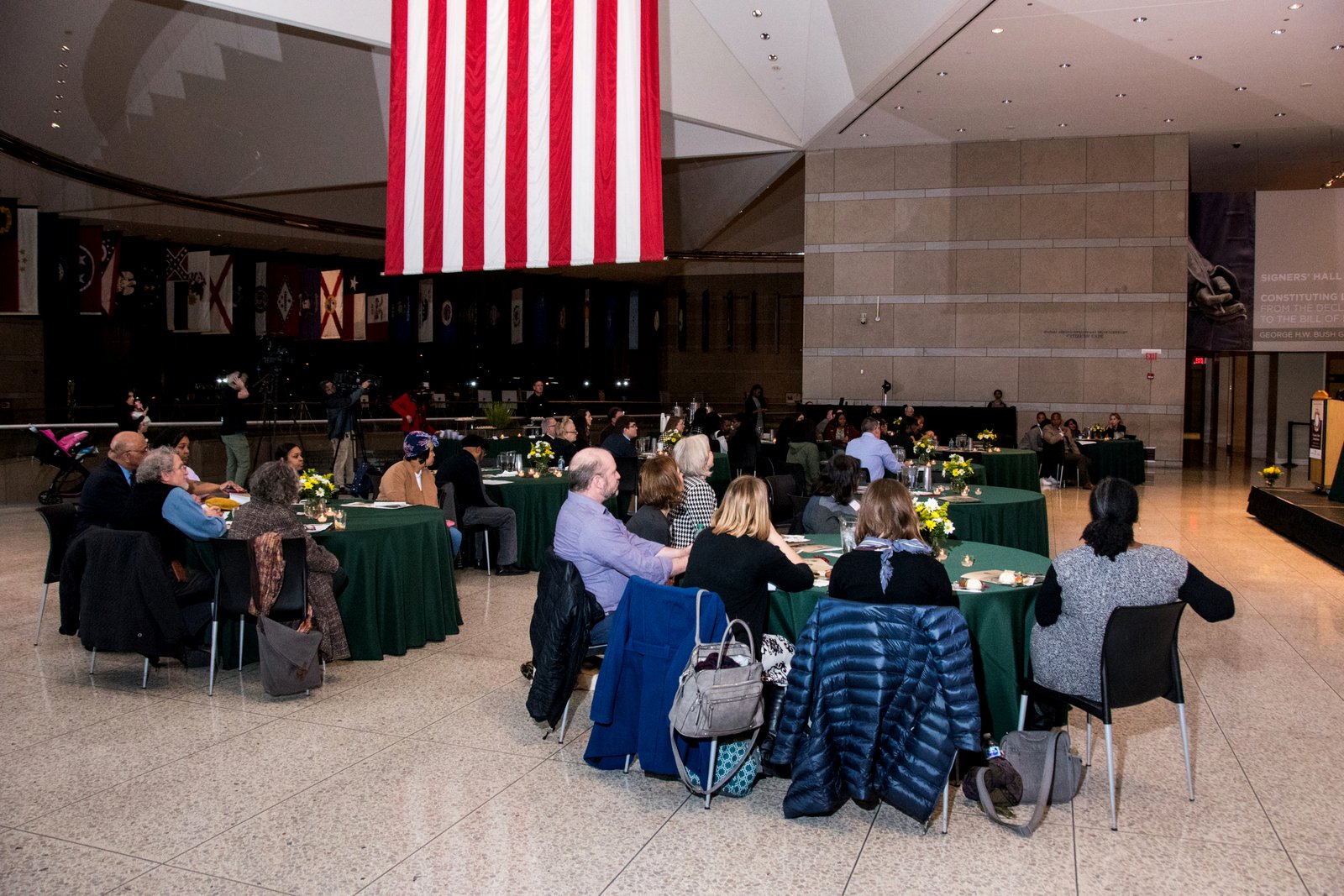 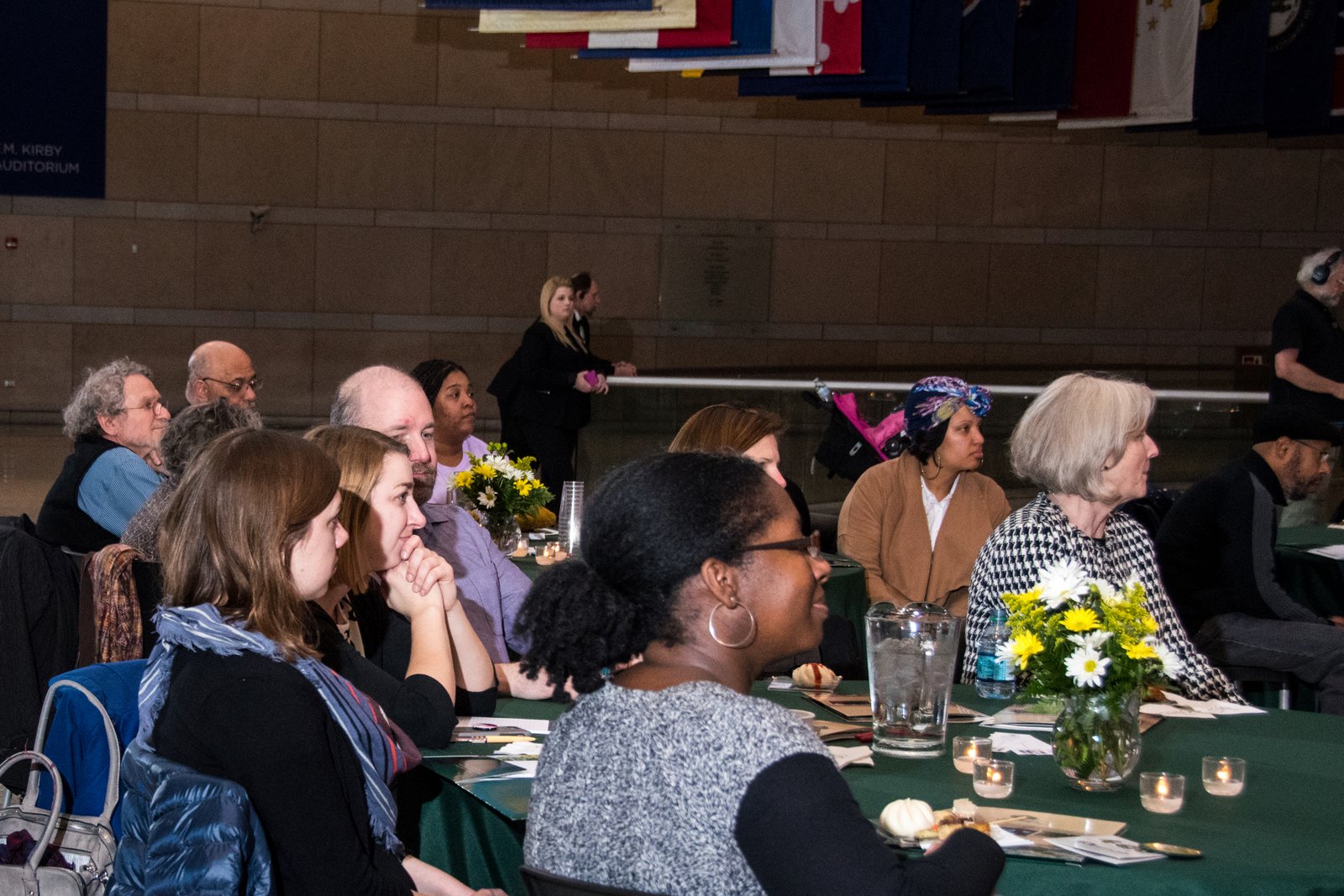 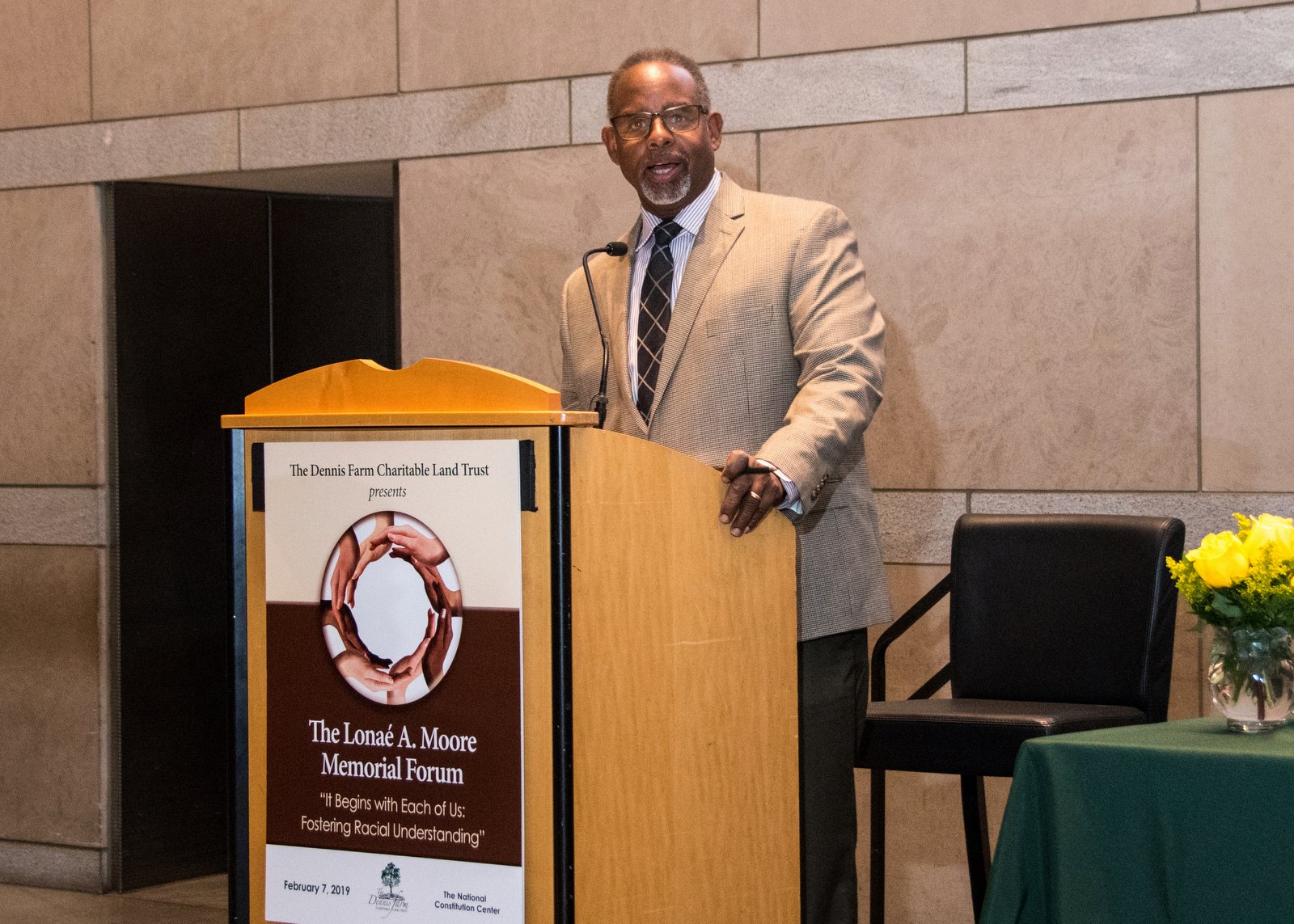 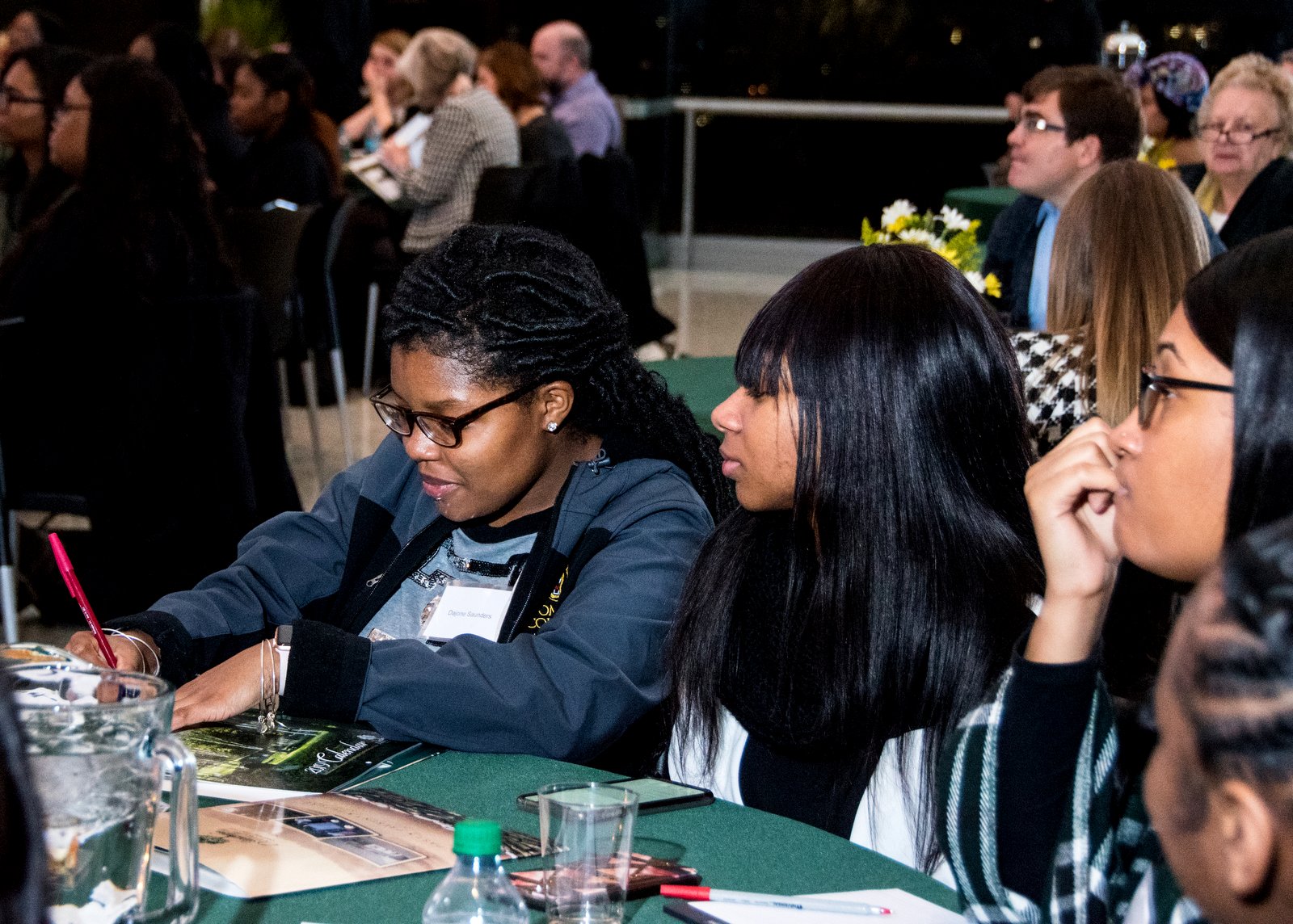 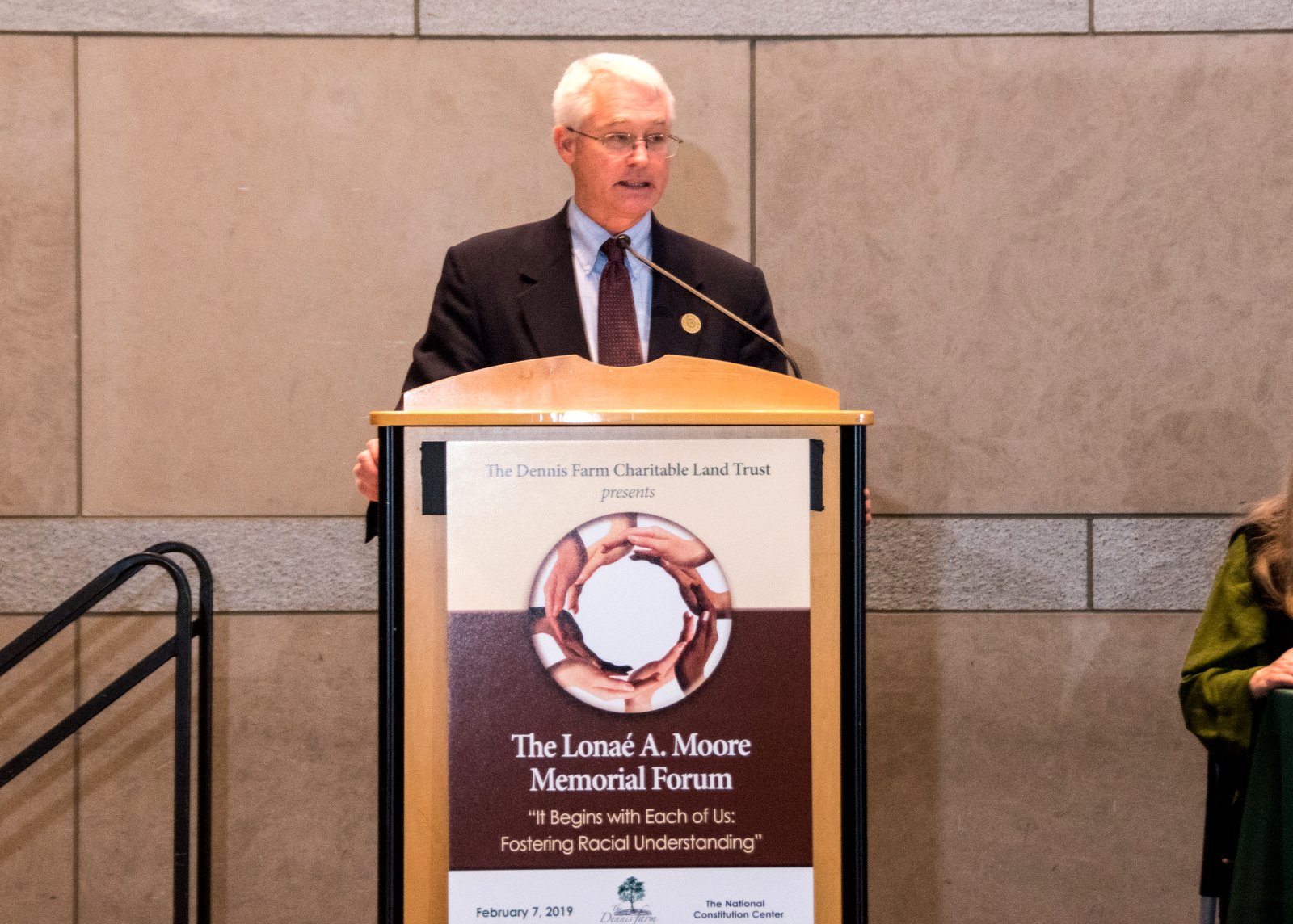 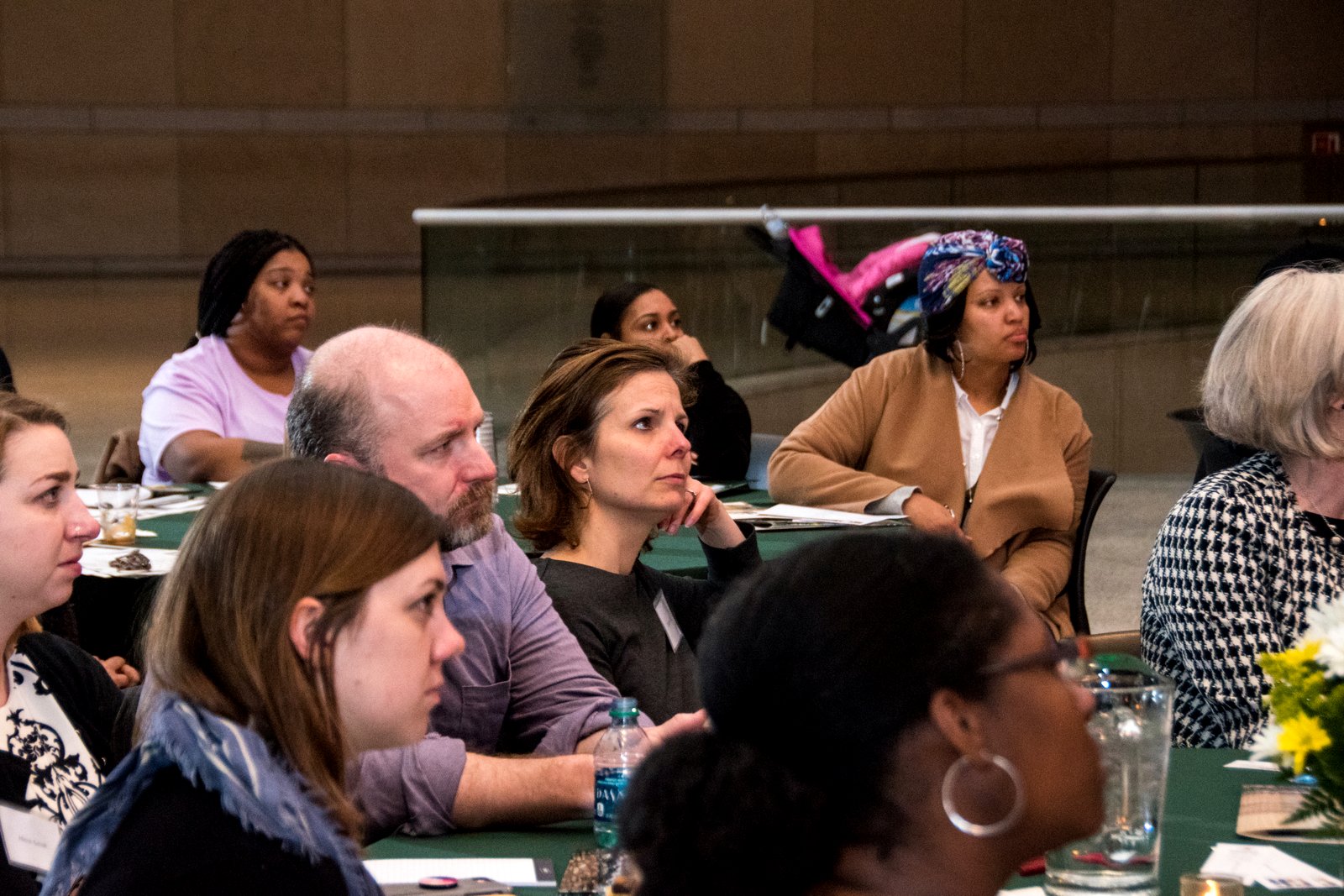 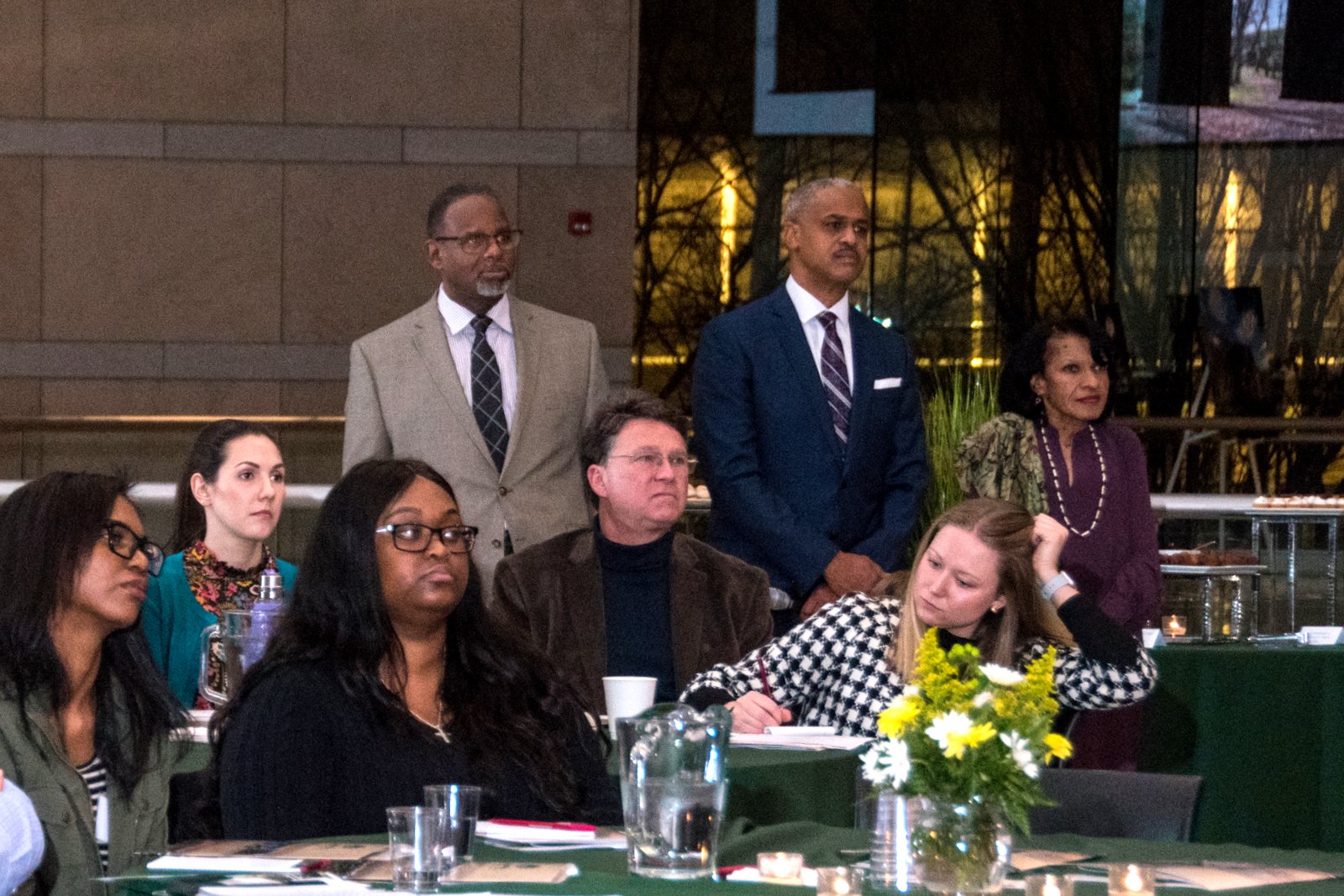 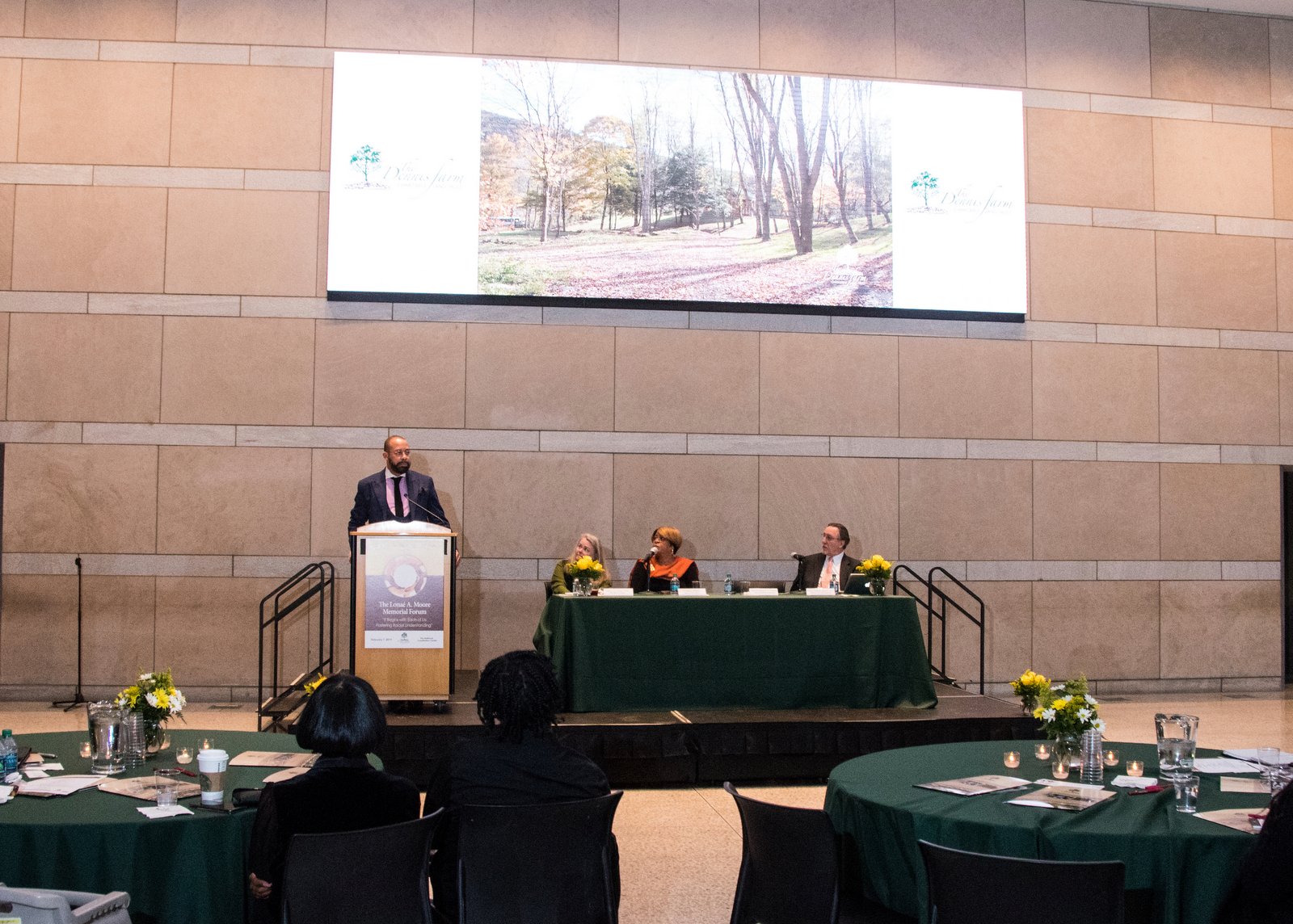 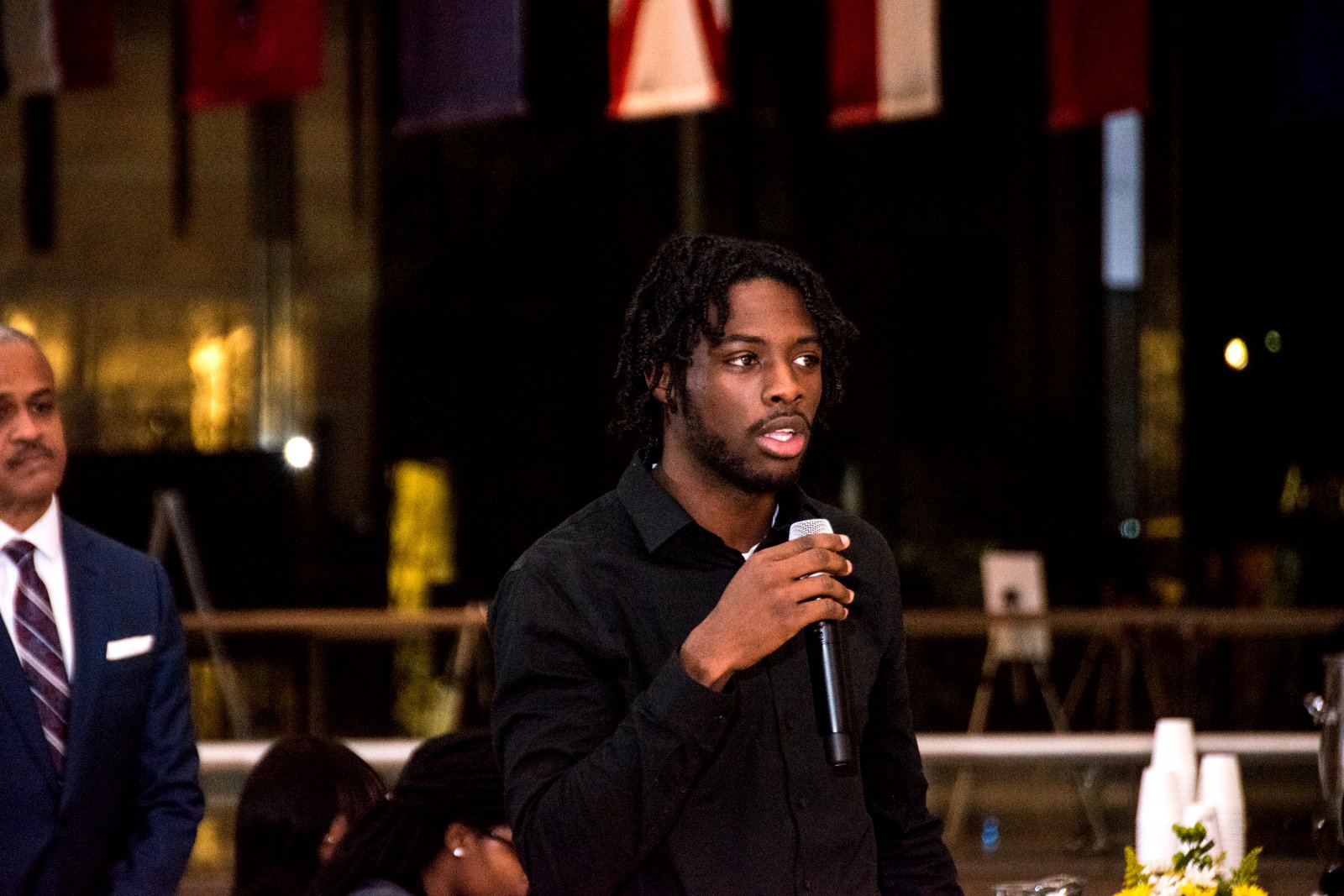 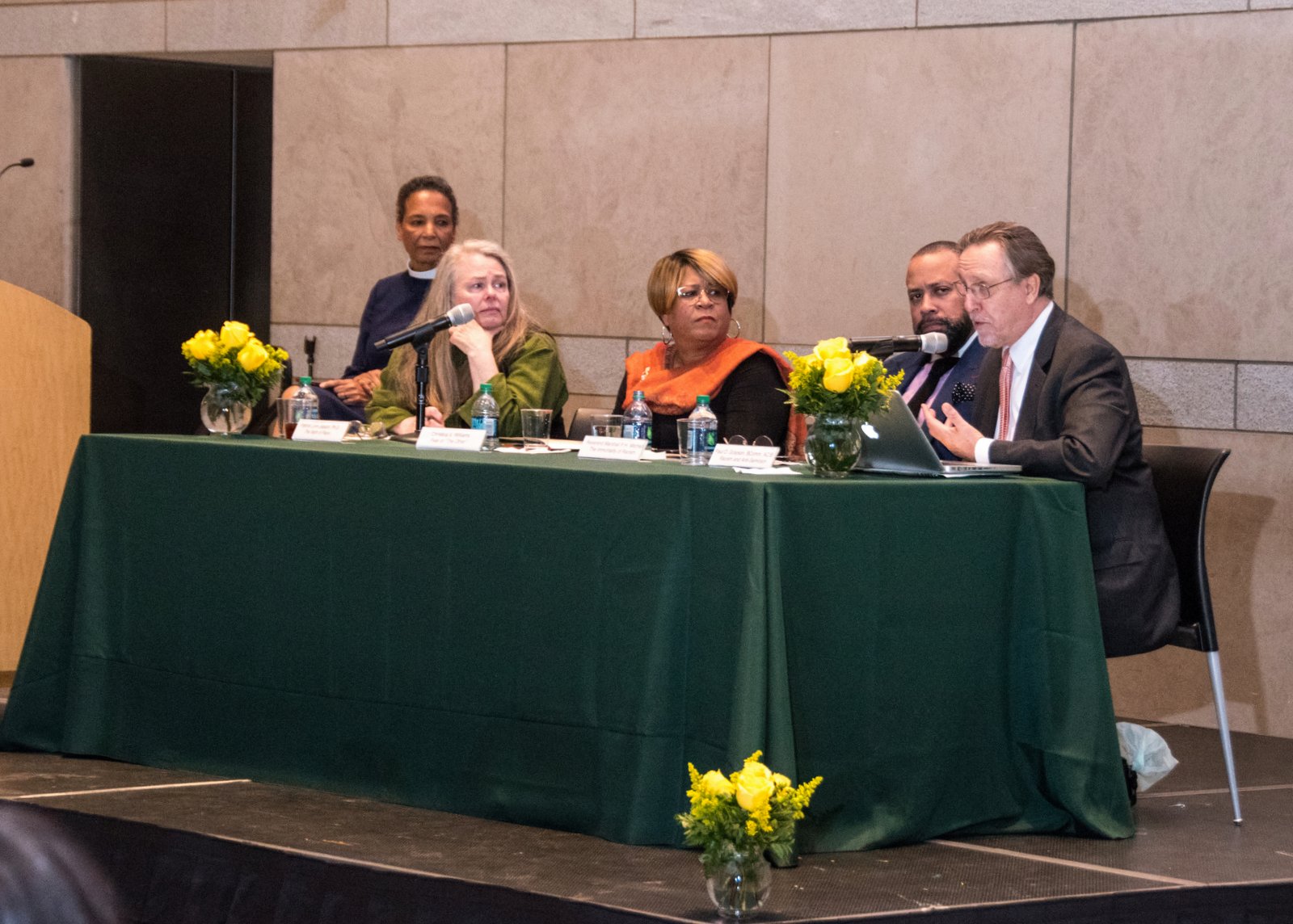 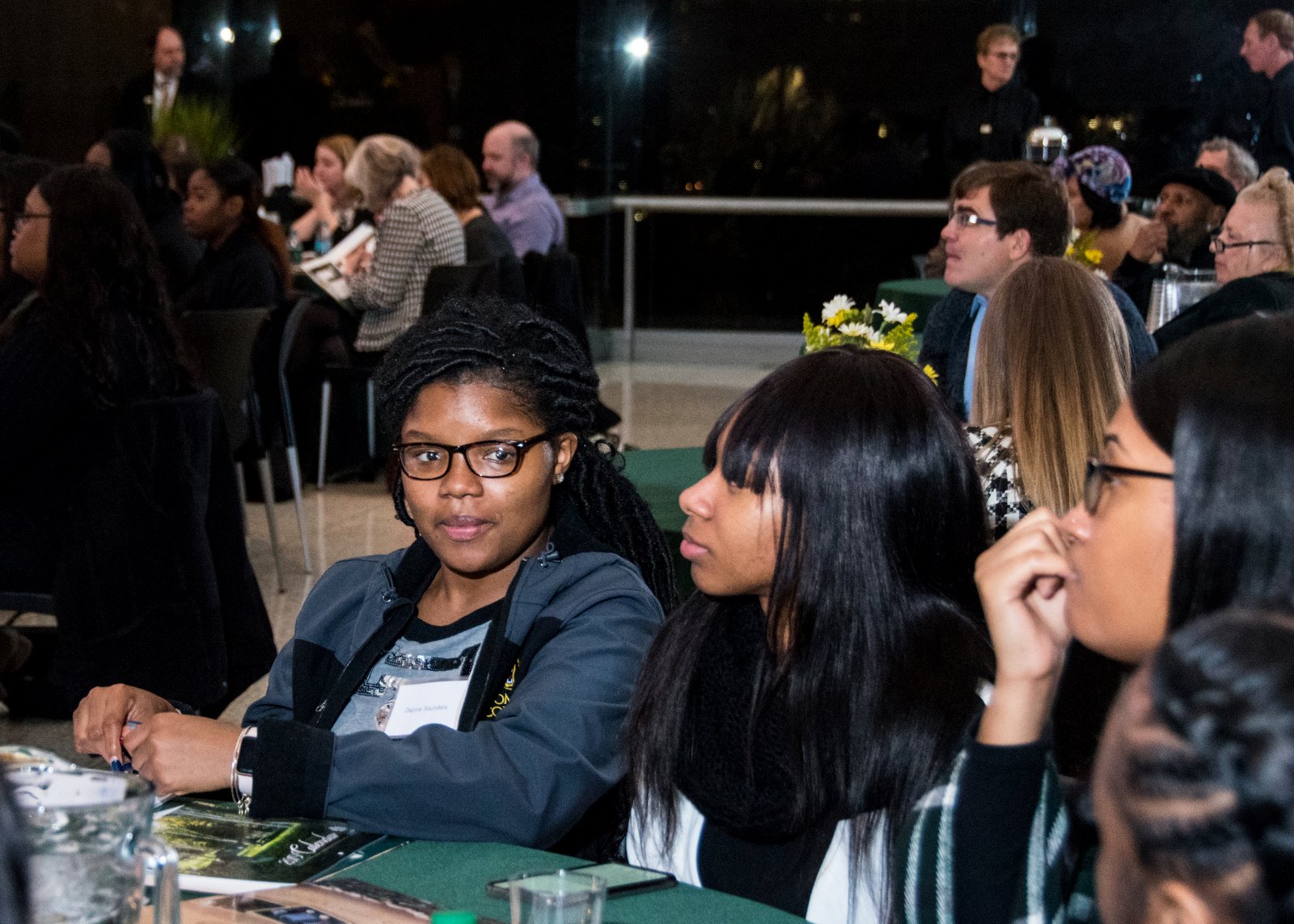 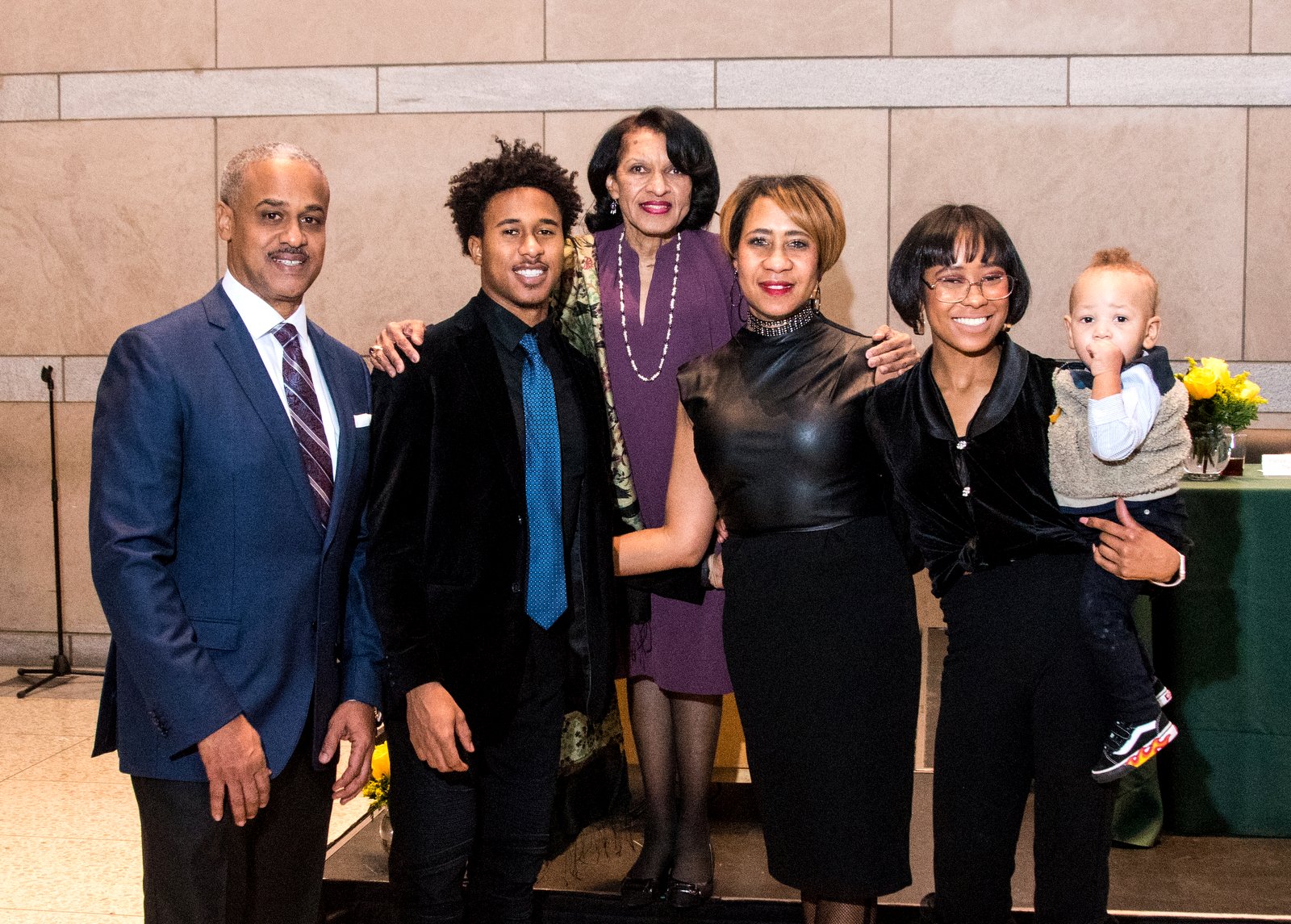 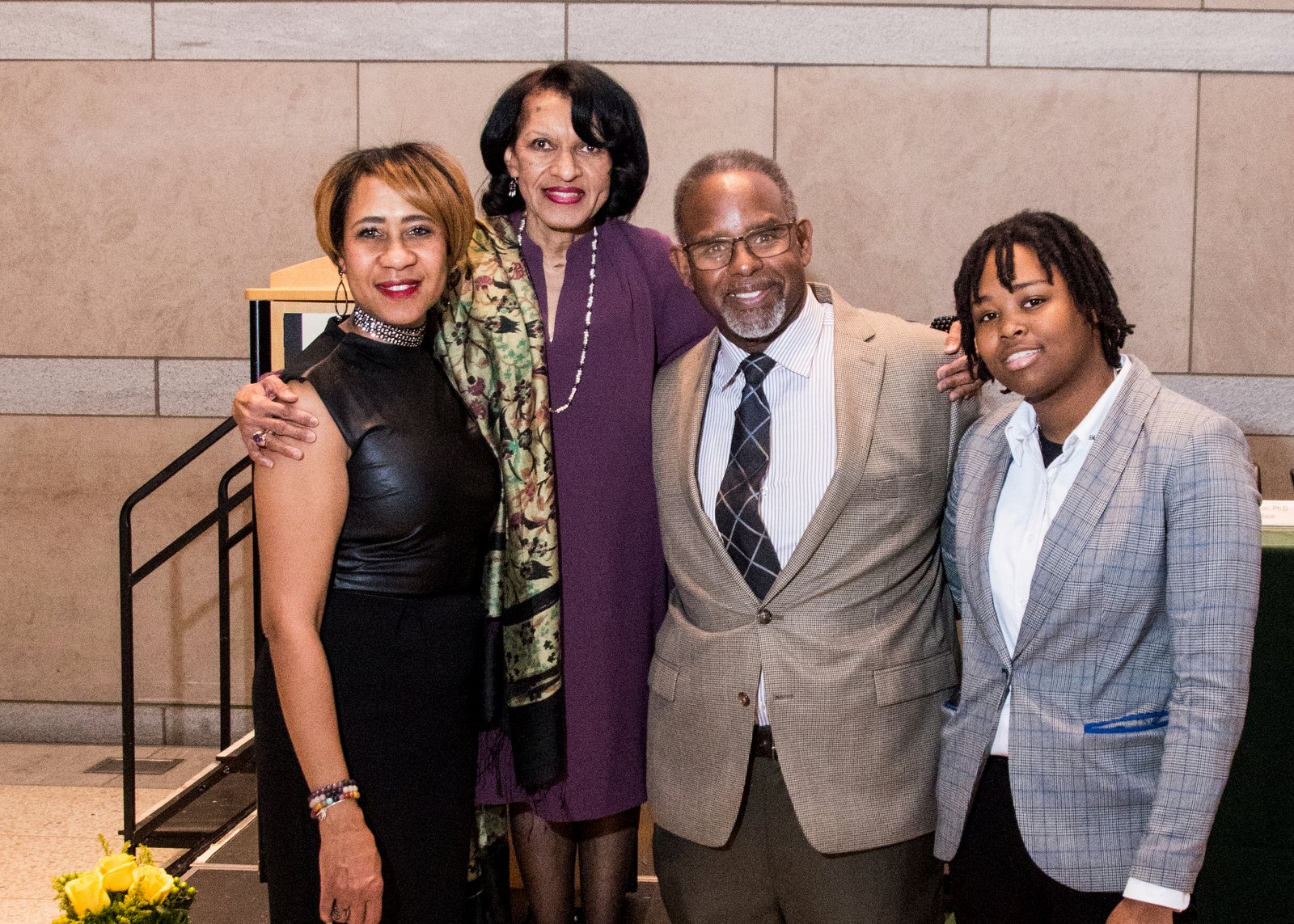 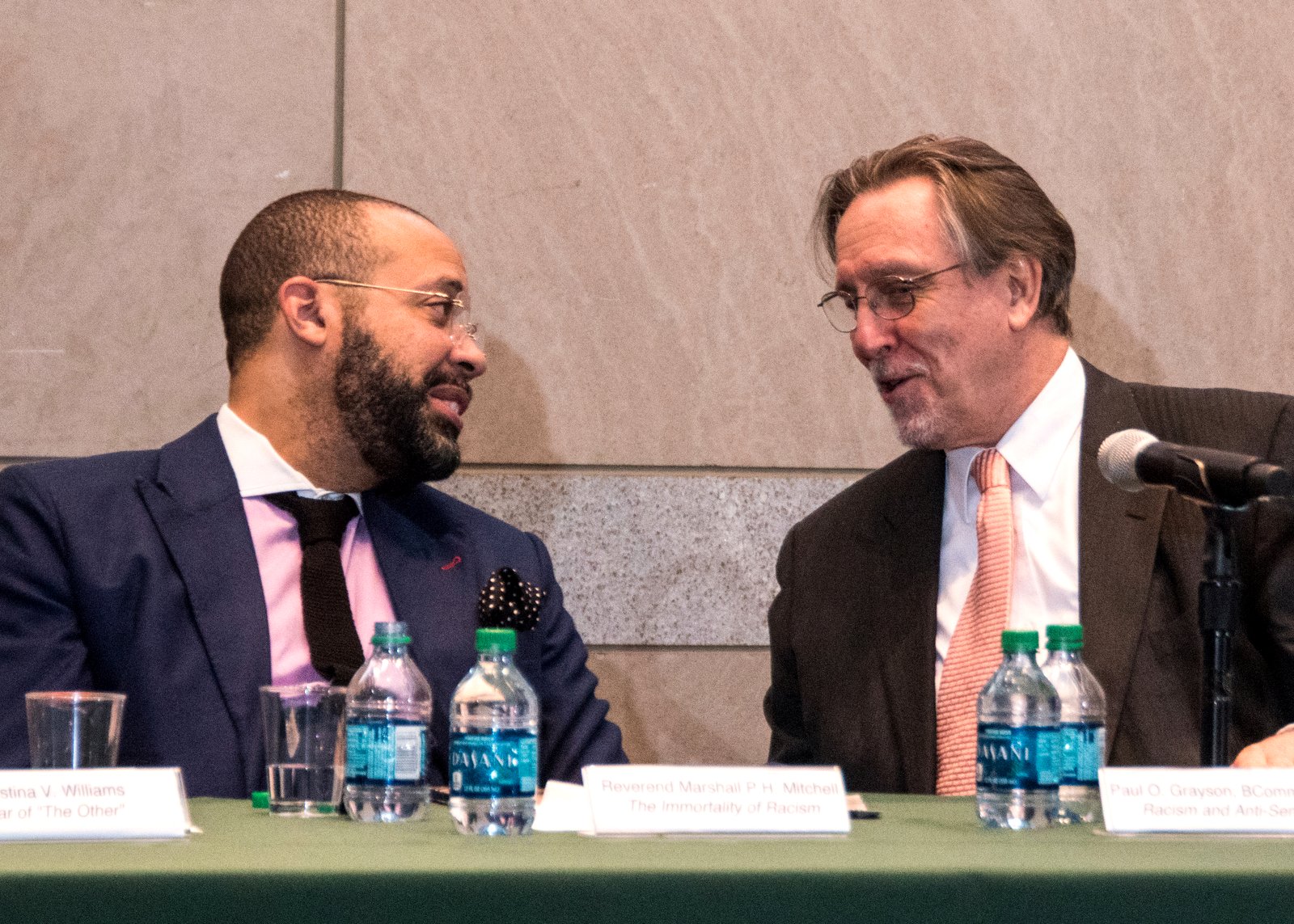 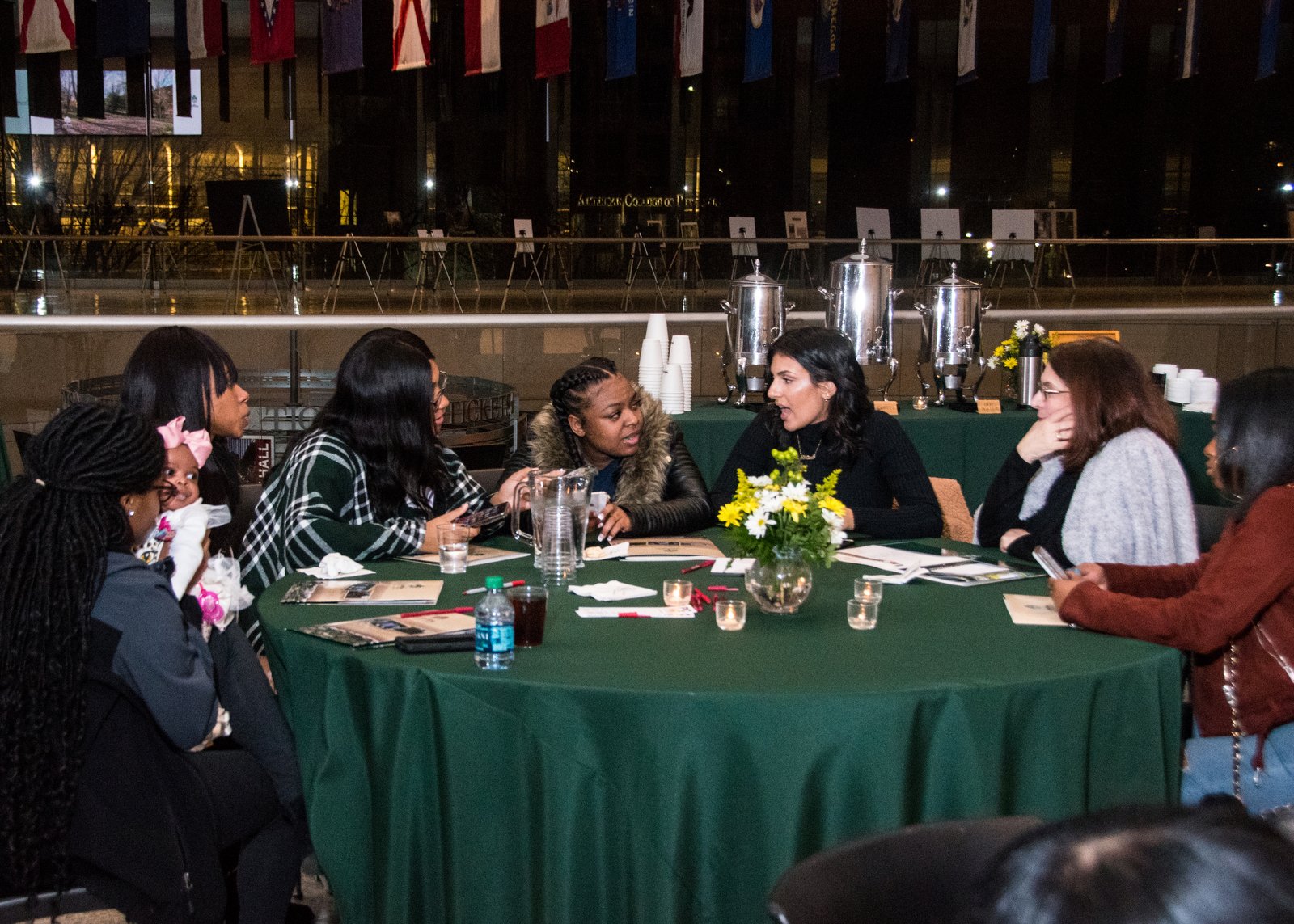