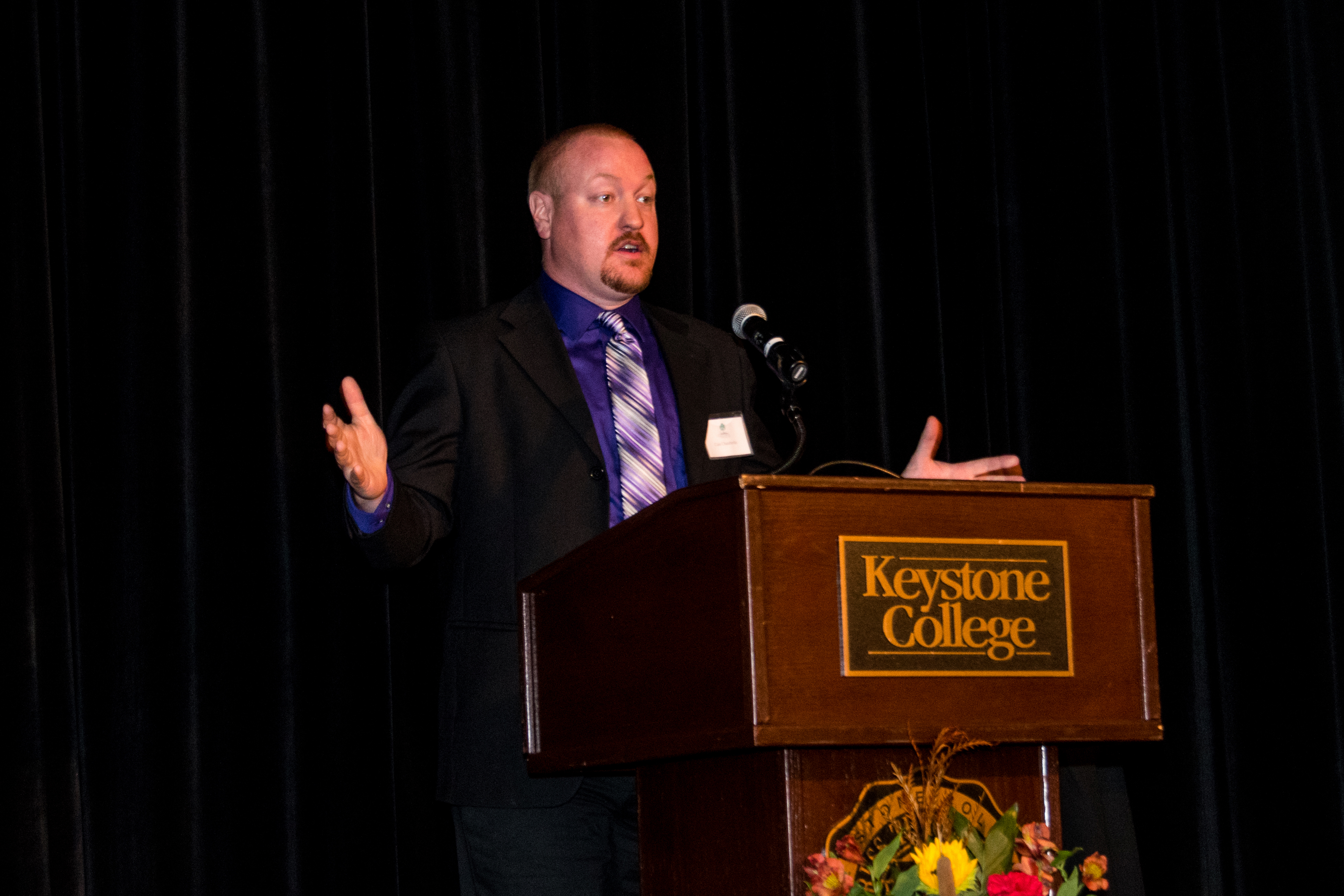 The Dennis Farm Charitable Land Trust welcomed Cain Chamberlin, executive director of the Endless Mountain Heritage Region (EMHR), as keynote speaker for the Seventh Annual Dennis Farm Symposium, held at Keystone College, October 10, 2019. Although this was not the first time Chamberlin participated in a DFCLT event, this was first time a speaker from the local community delivered the symposium’s keynote address. Representing Bradford, Sullivan, Susquehanna and Wyoming counties, EMHR is one of twelve regions designated a heritage region by the Commonwealth of Pennsylvania.

Chamberlin’s eloquent presentation, “EMHR and the Historic Dennis Farm: Embracing Our Past to Enrich Our Future,” traced the history of EMHR and the relationship between EMHR and DFCLT. For example, he explained how, three years after EMHR was founded, which was only one year after DFCLT was founded, DFCLT was awarded a “Special Purpose Study” matching-grant by EMHR and Pennsylvania’s Department of Conservation and Natural Resources (DCNR). This was our first grant. Since that time, EMHR and DCNR have awarded DFCLT nearly $50,000 in matching grants.

Describing it as “a gem” for the Endless Mountains, Chamberlin poetically articulated what sets the Dennis Farm apart from other historic sites. “When visiting historic places, we often expect the tall marble monuments and statues dedicated to prominent figures long-since deceased or elaborate exhibits depicting scenes of the past,” he said. “But, at the Dennis Farm, we simply find ourselves in the tranquility of nature among the structural remains and impeccable masonry those hard-working individuals [the Perkins-Dennis family] actually built with their bare hands two centuries ago. History, in its most pure and undisturbed form.”

Chamberlin also expressed his appreciation of DFCLT’s educational, cultural and public programs, “And it’s not just the history that makes the Dennis Farm important, but also the crucial conversations the members of this organization ignite about our culture, whether it pertains to the past, present or future. These annual symposiums and educational forums are proof of that.”

View a slideshow of photos from the Symposium below. 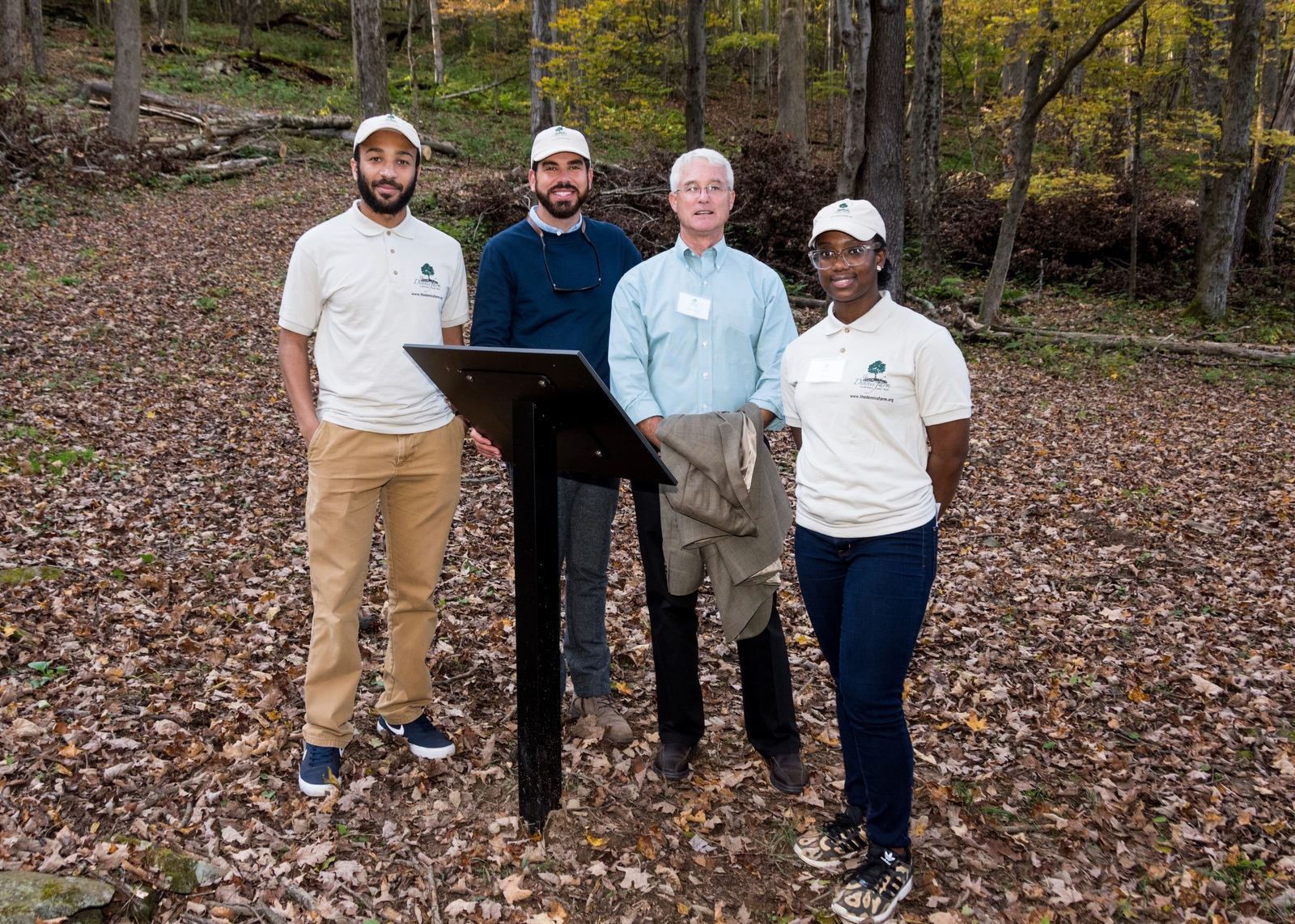 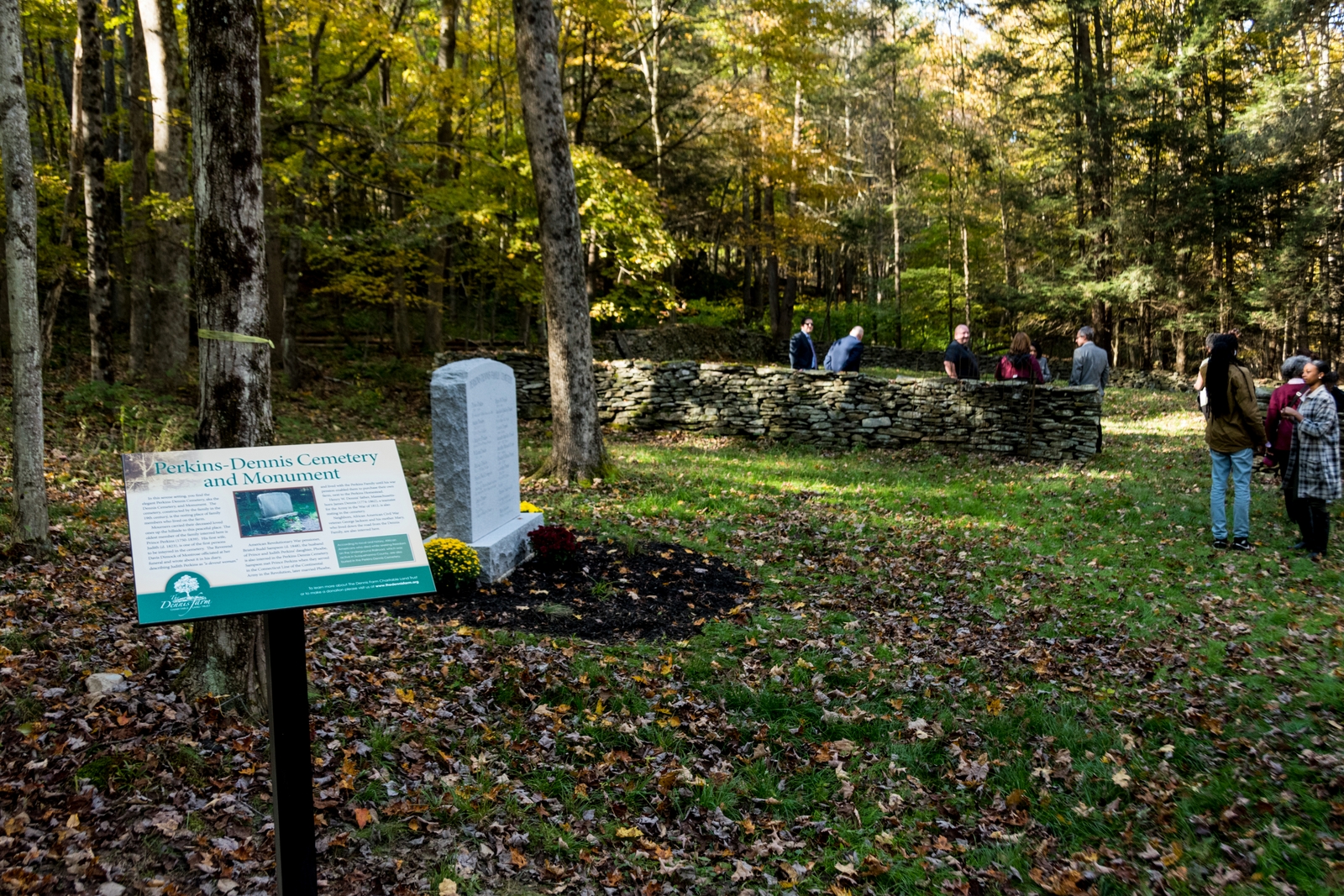 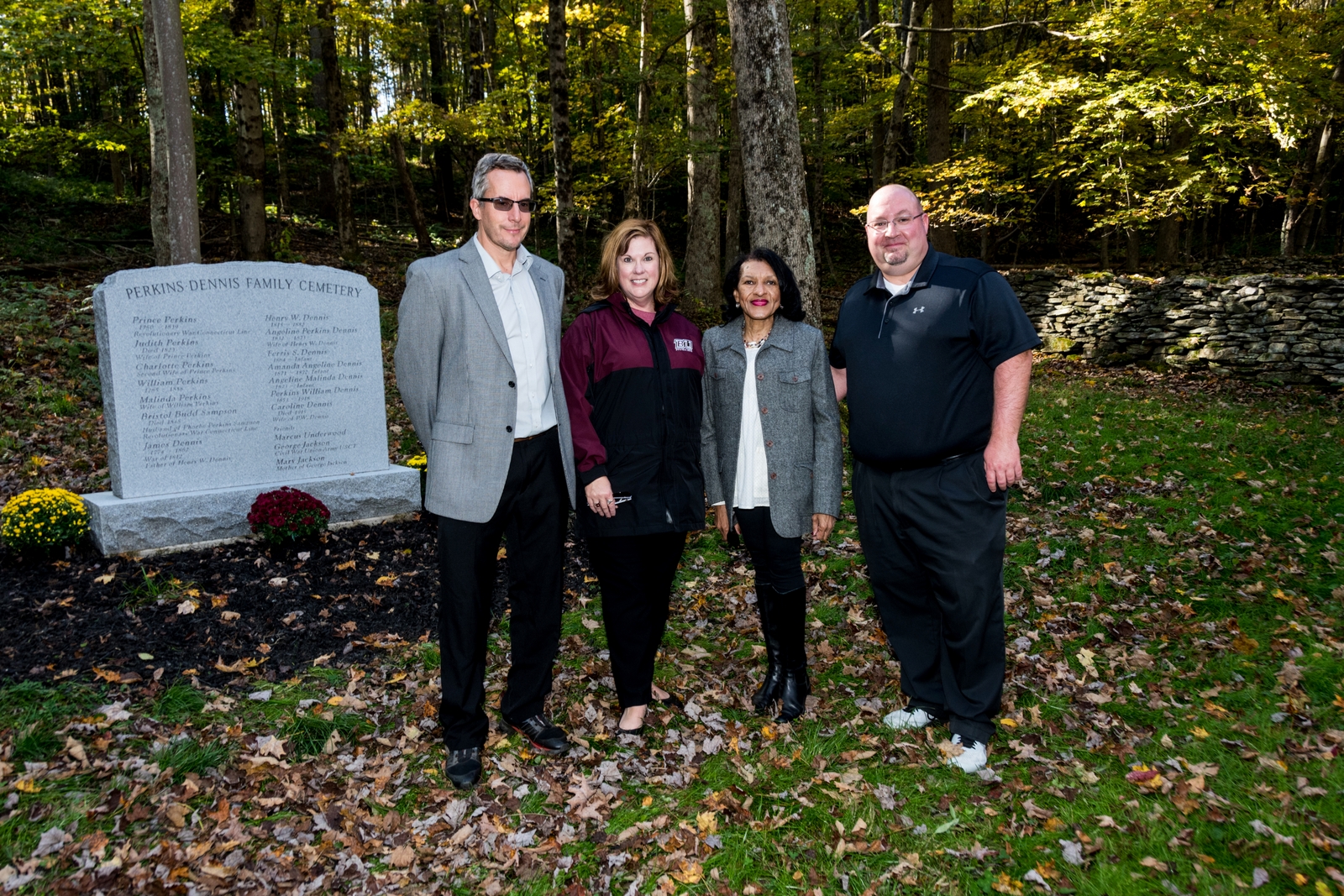 Denise Dennis with, from left, Bloomsbury University's David Fazzino, PhD, Lynda Michaels, PhD, and Nathan Conroy, Director of Alumni Engagement who attended the symposium in honor of alumna Edith Angeline Dennis who graduated from Bloomsburg 100 years ago, Class of 1919, and to whom the symposium paid tribute. 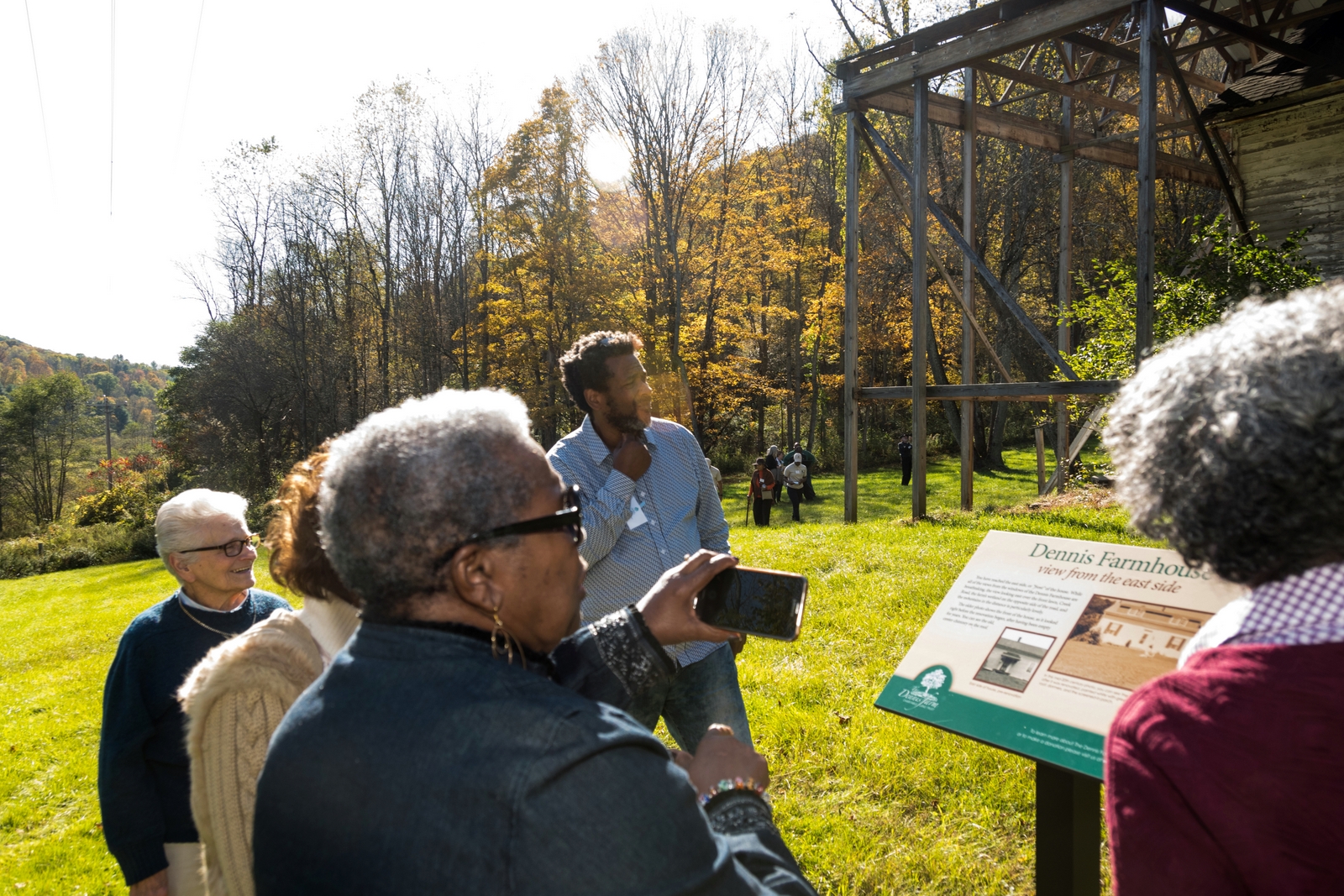 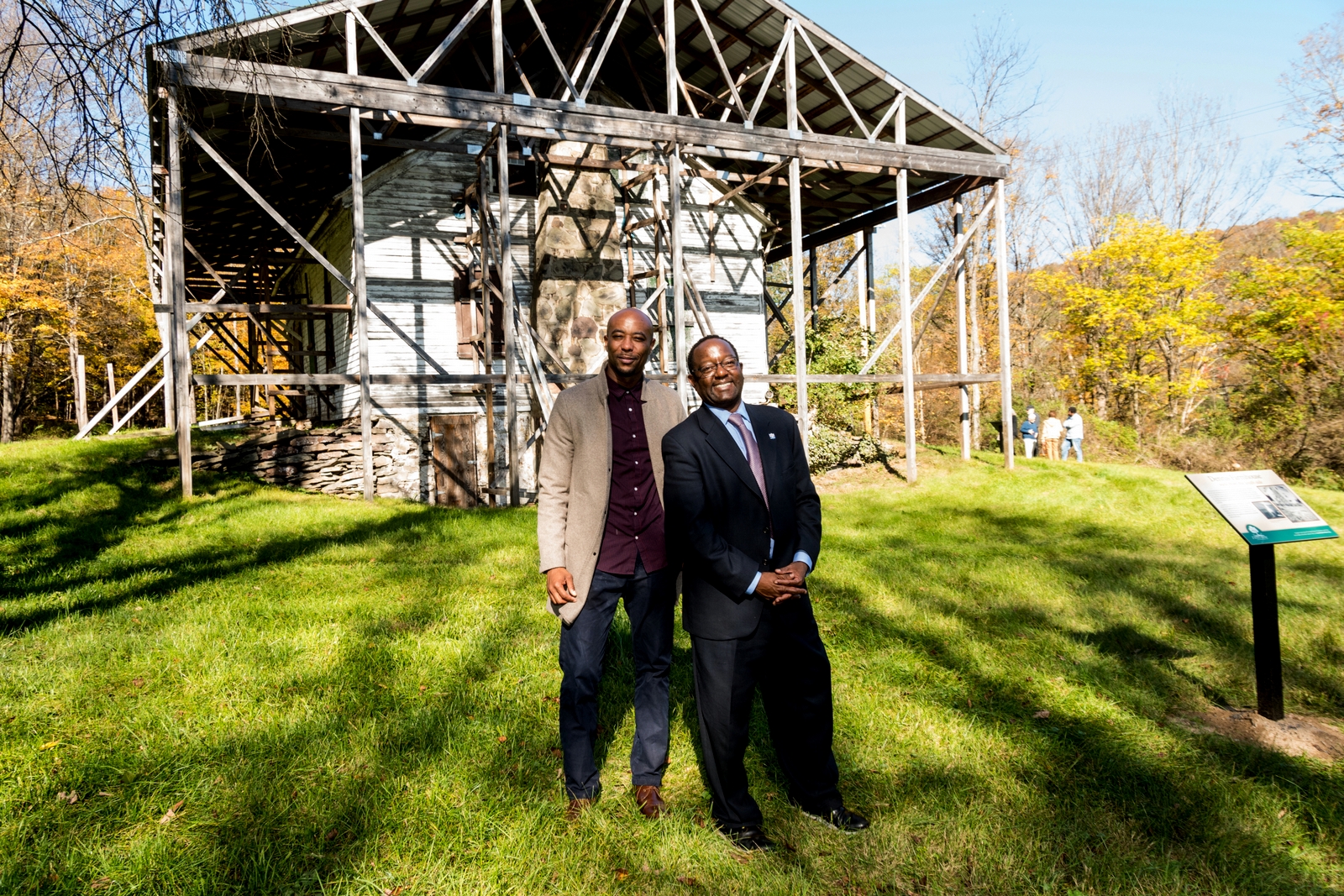 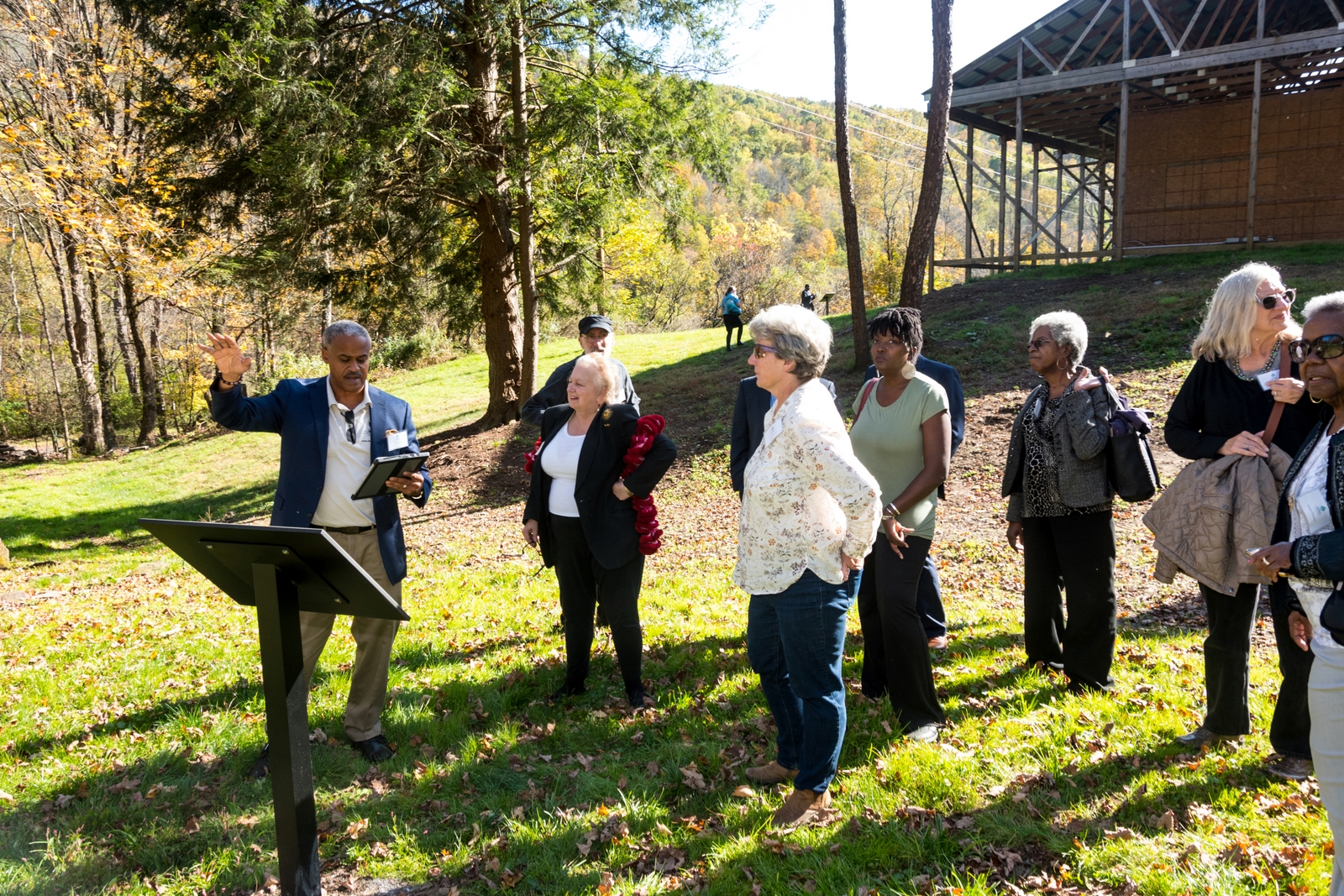 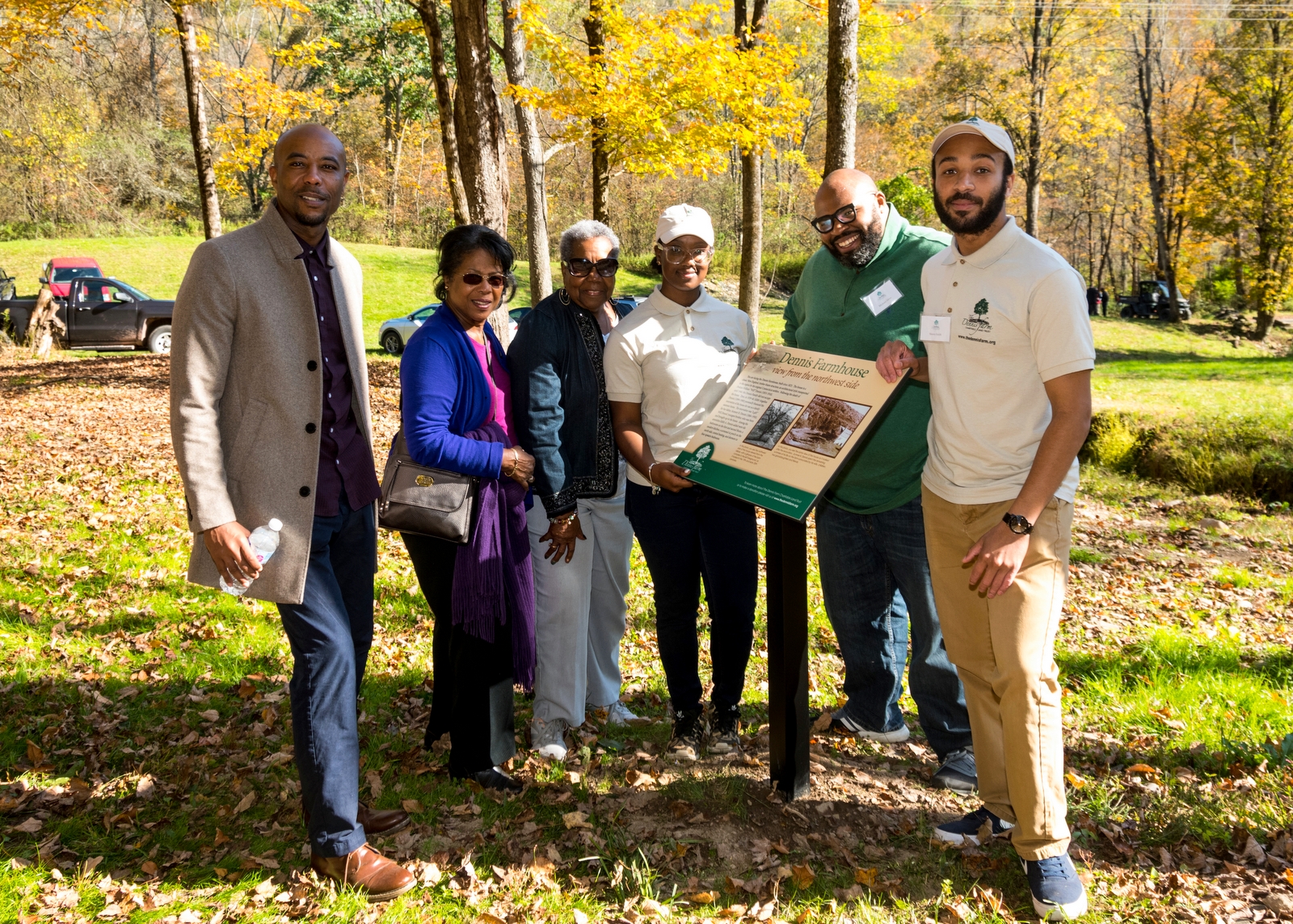 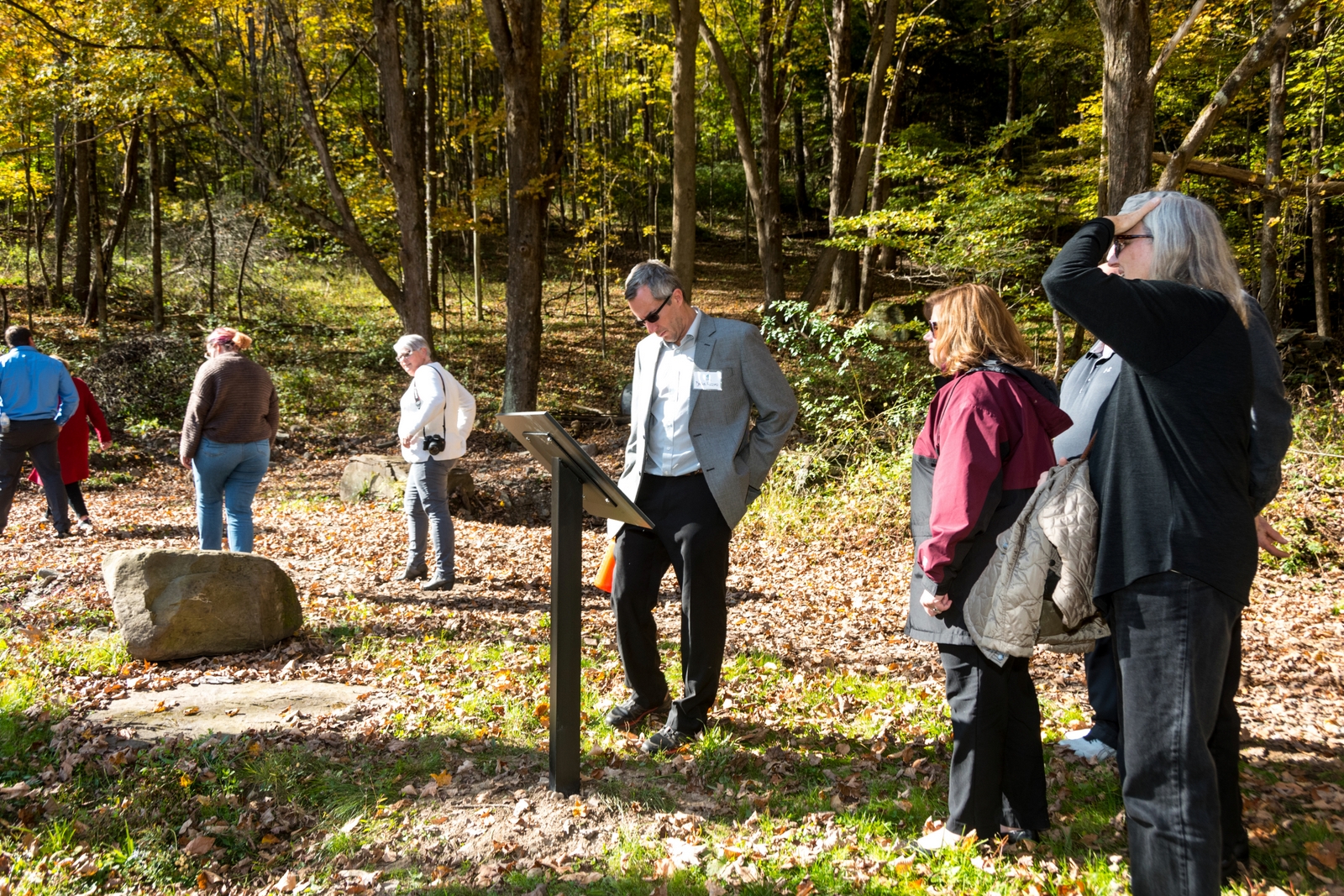 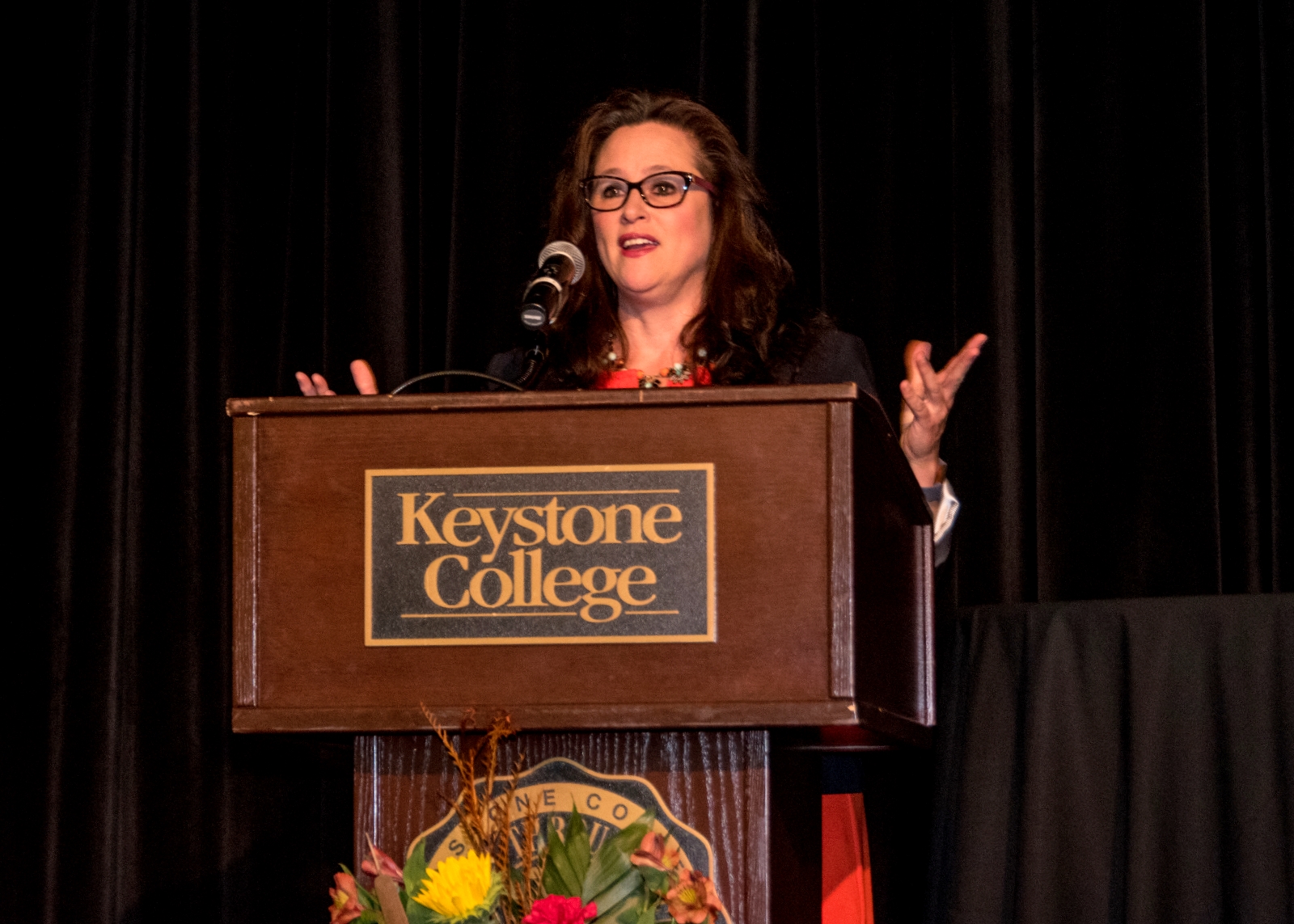 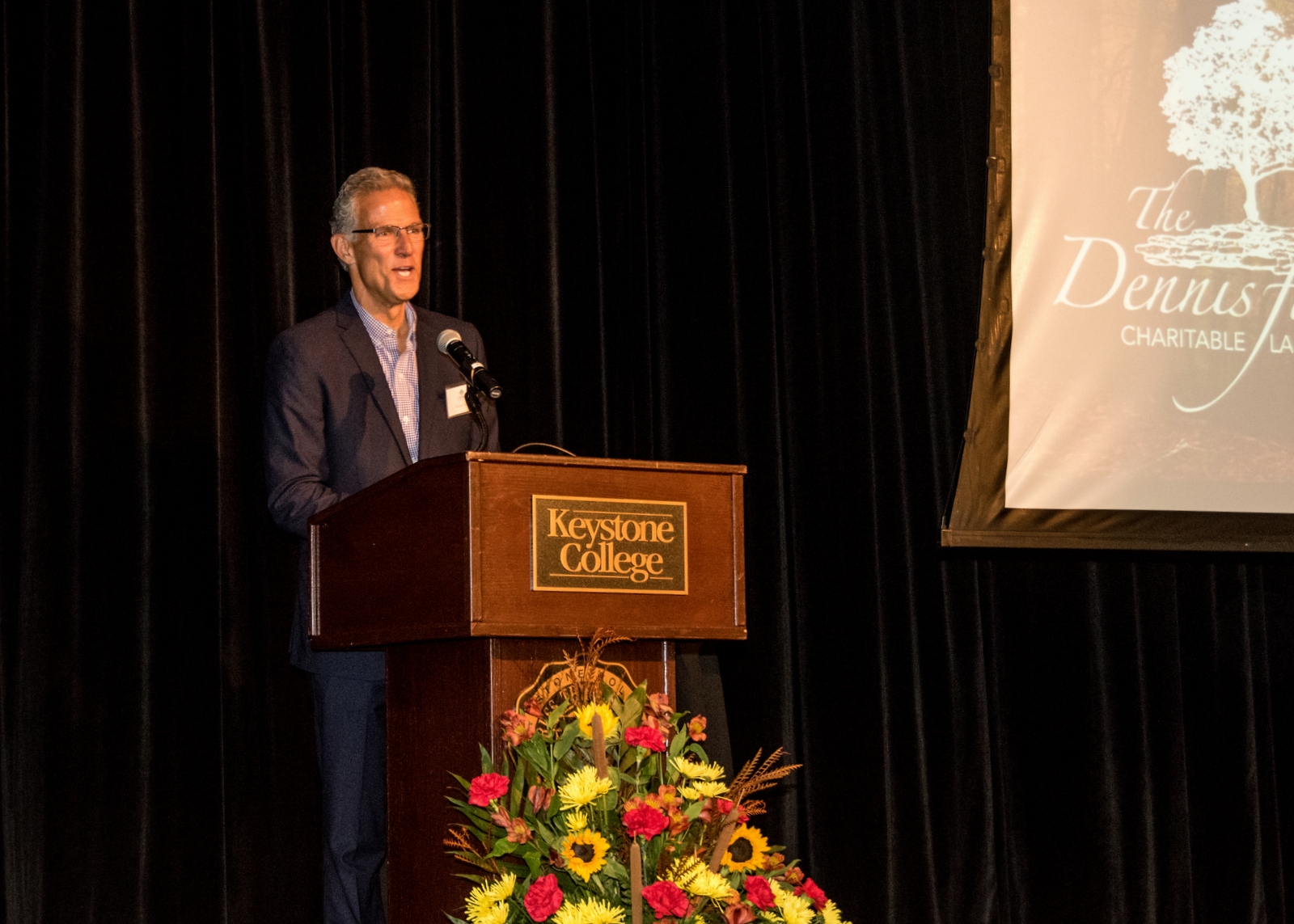 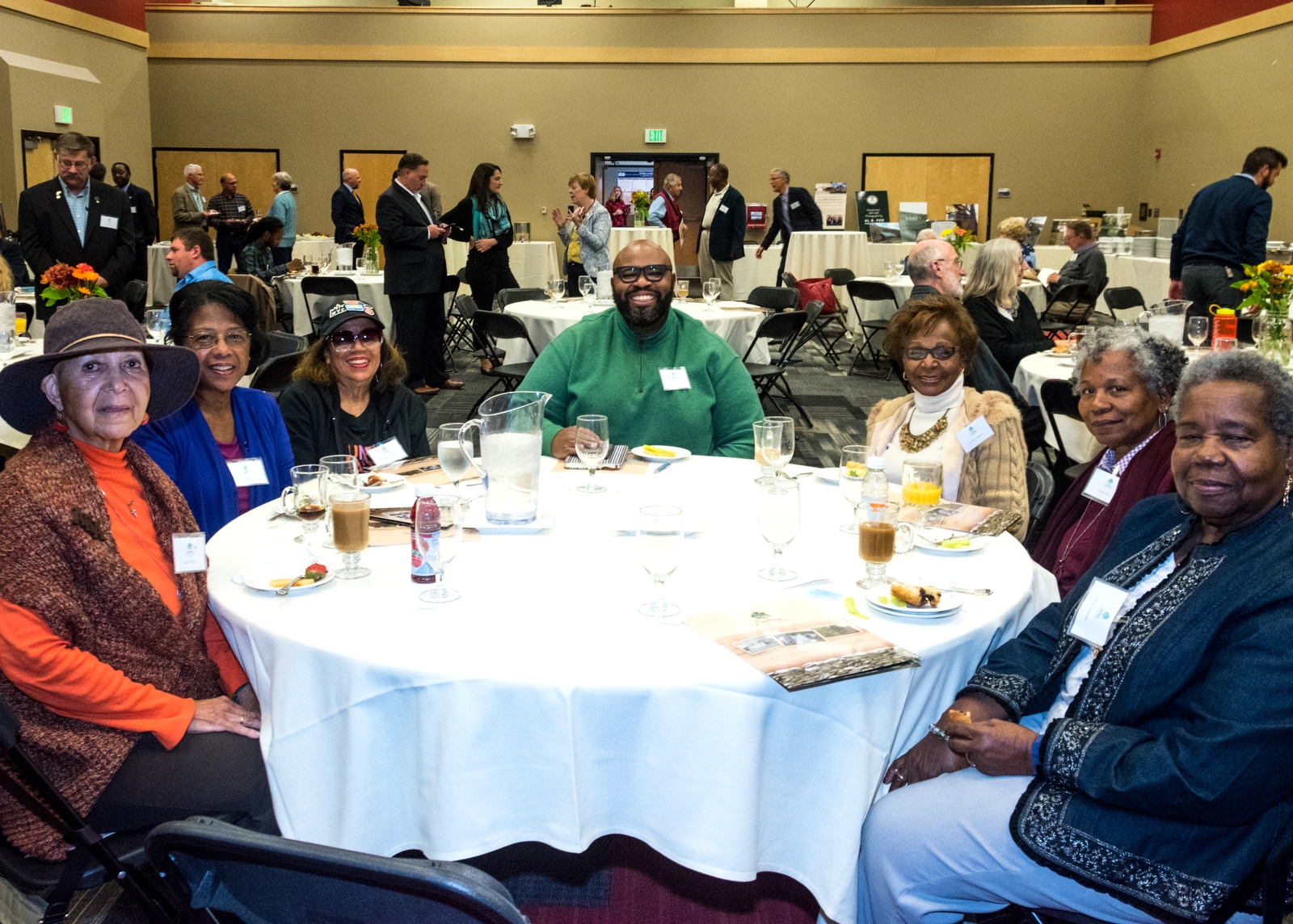 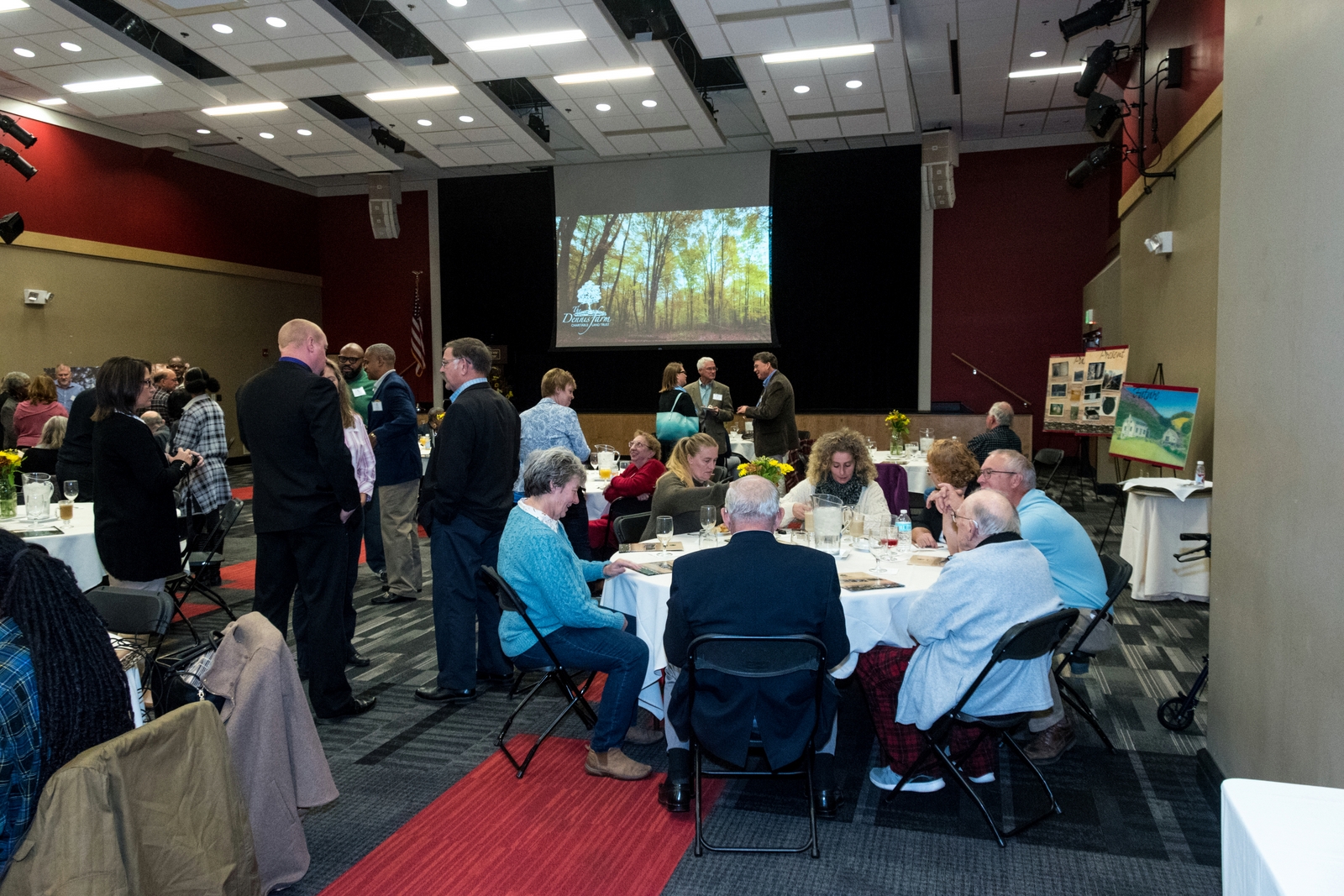 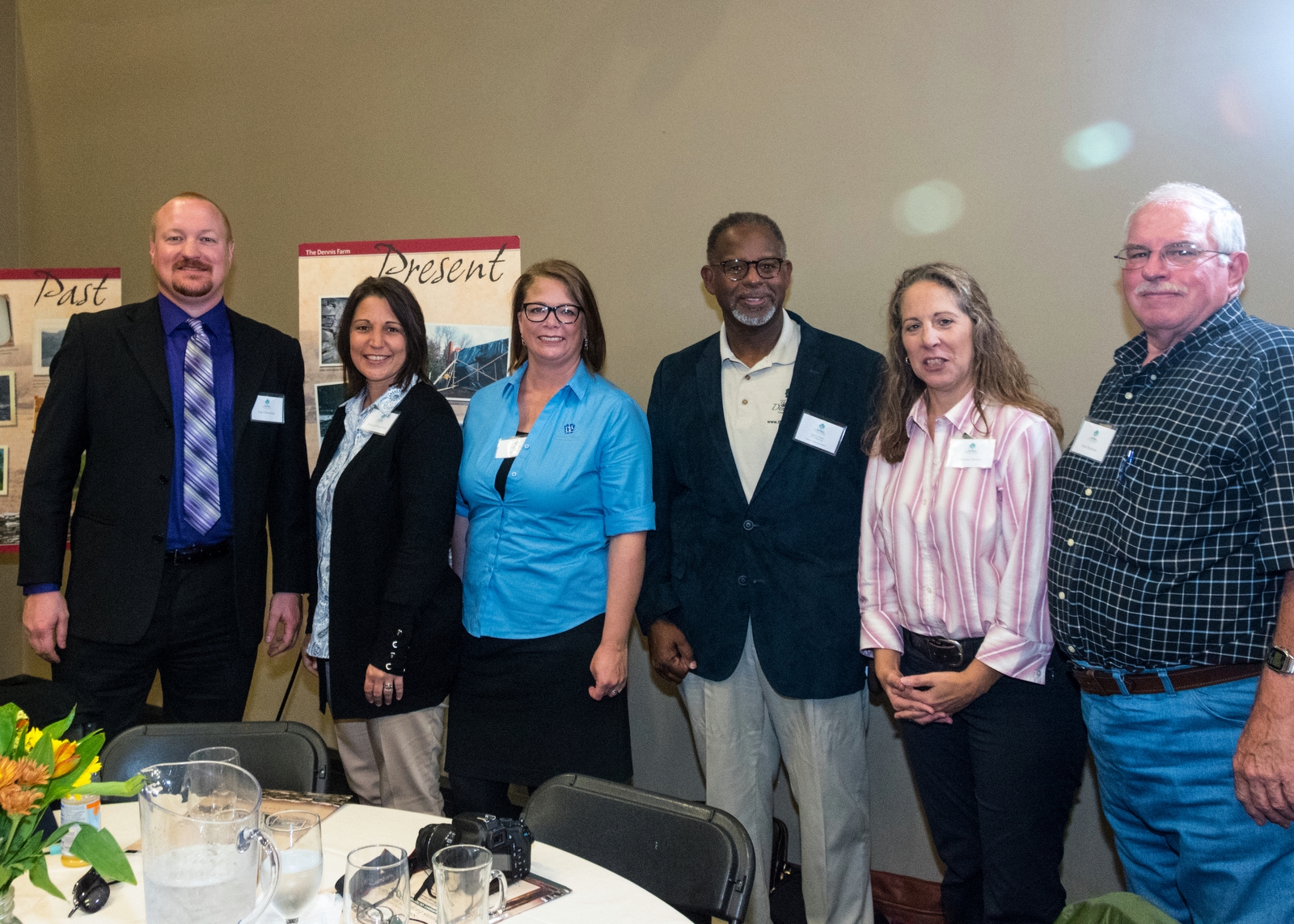 Darryl Gore with Keynote Speaker Cain Chamberlin (on the left) and guests from the Endless Mountains Heritage Region. 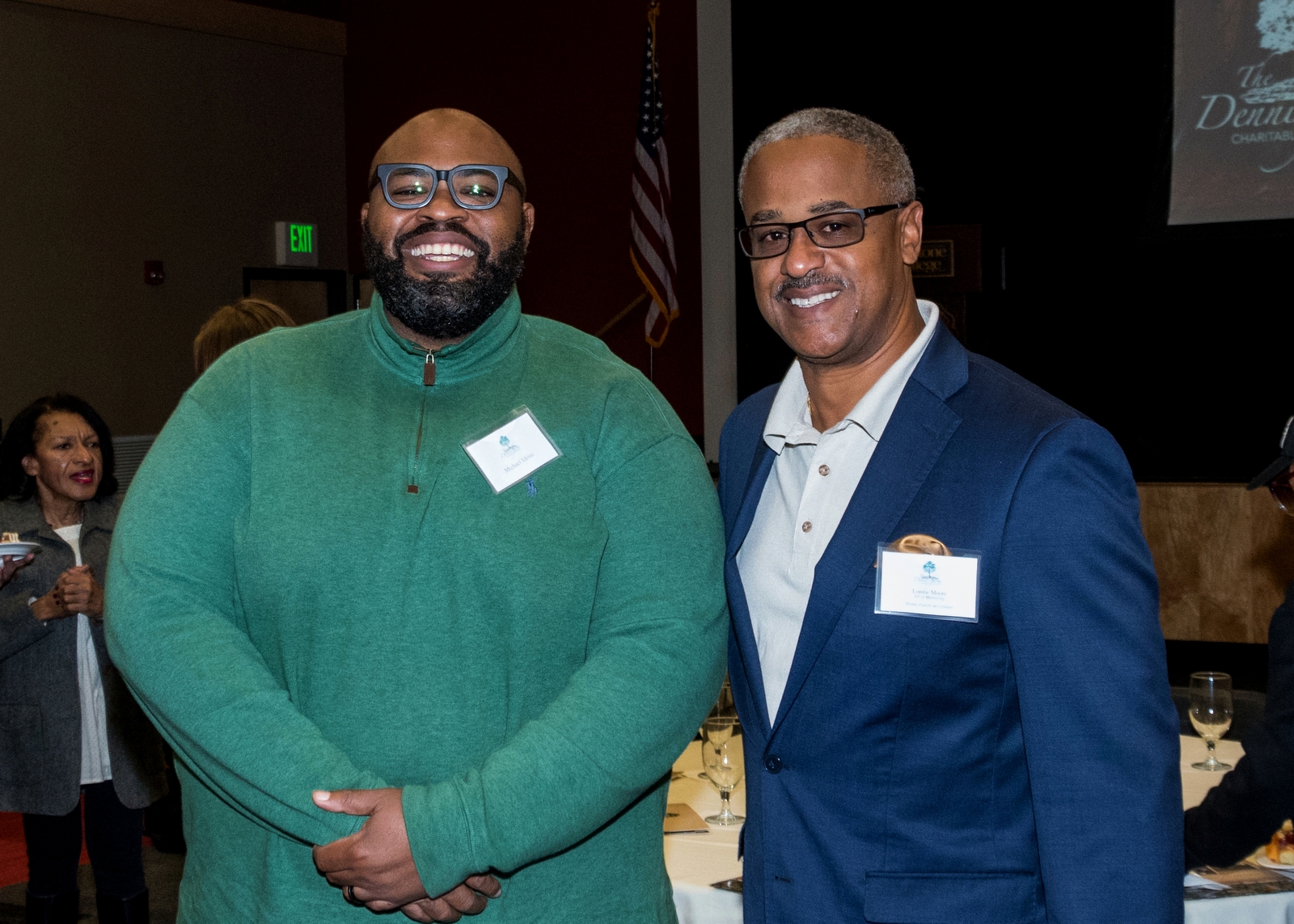 Lonnie Moore (on the right) with guest Michael Idriss. 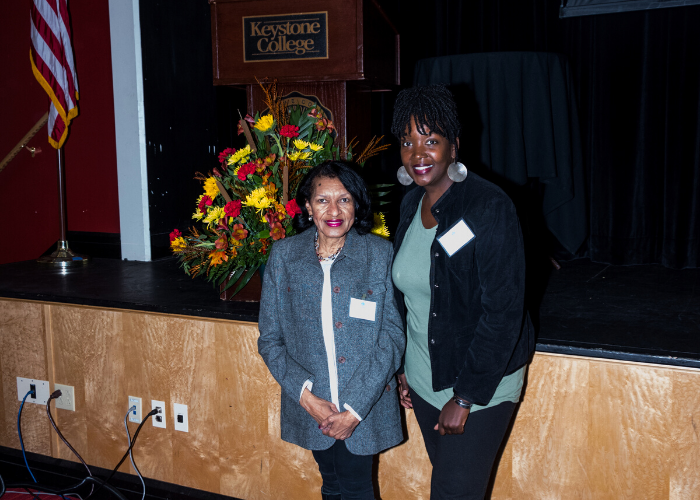 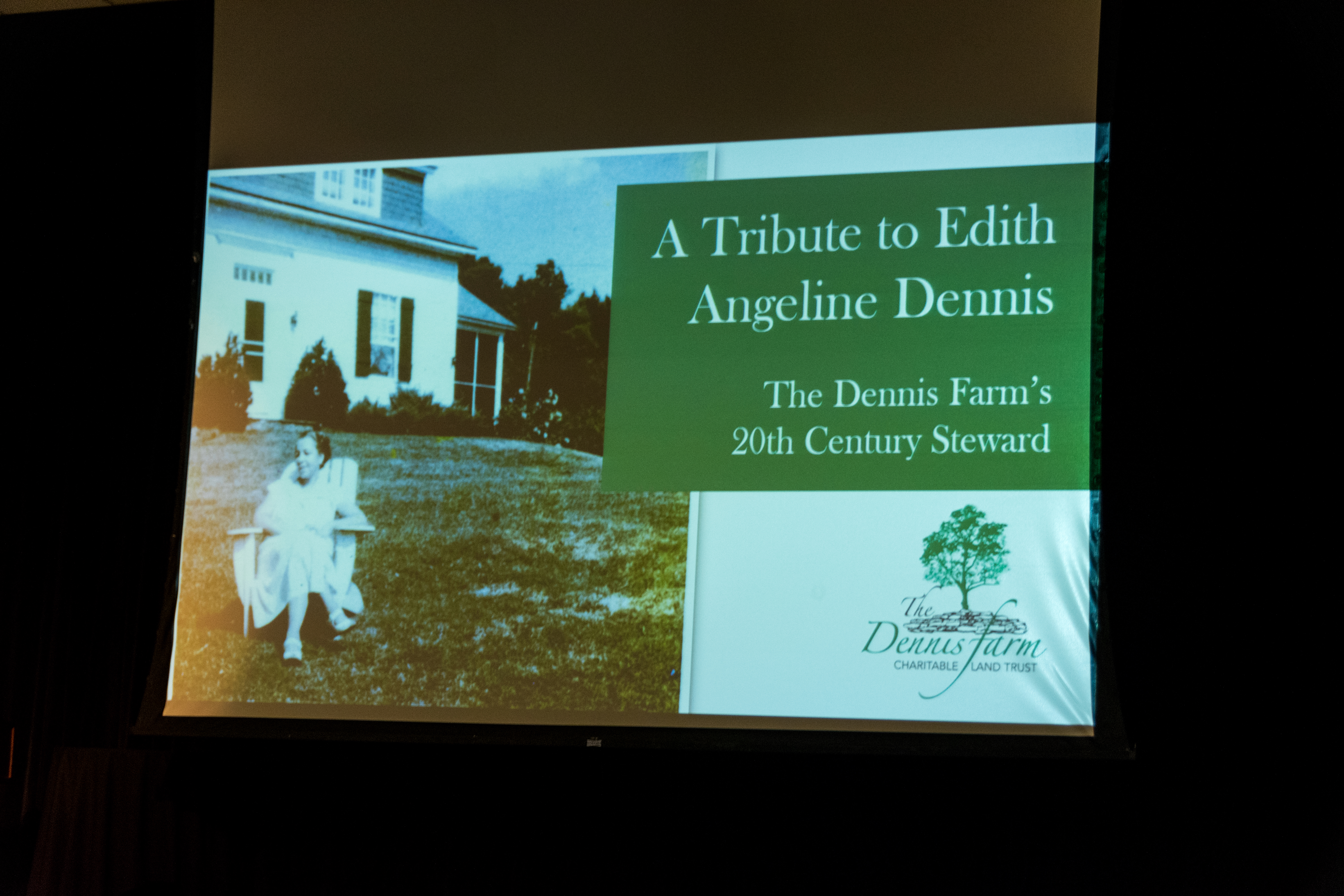 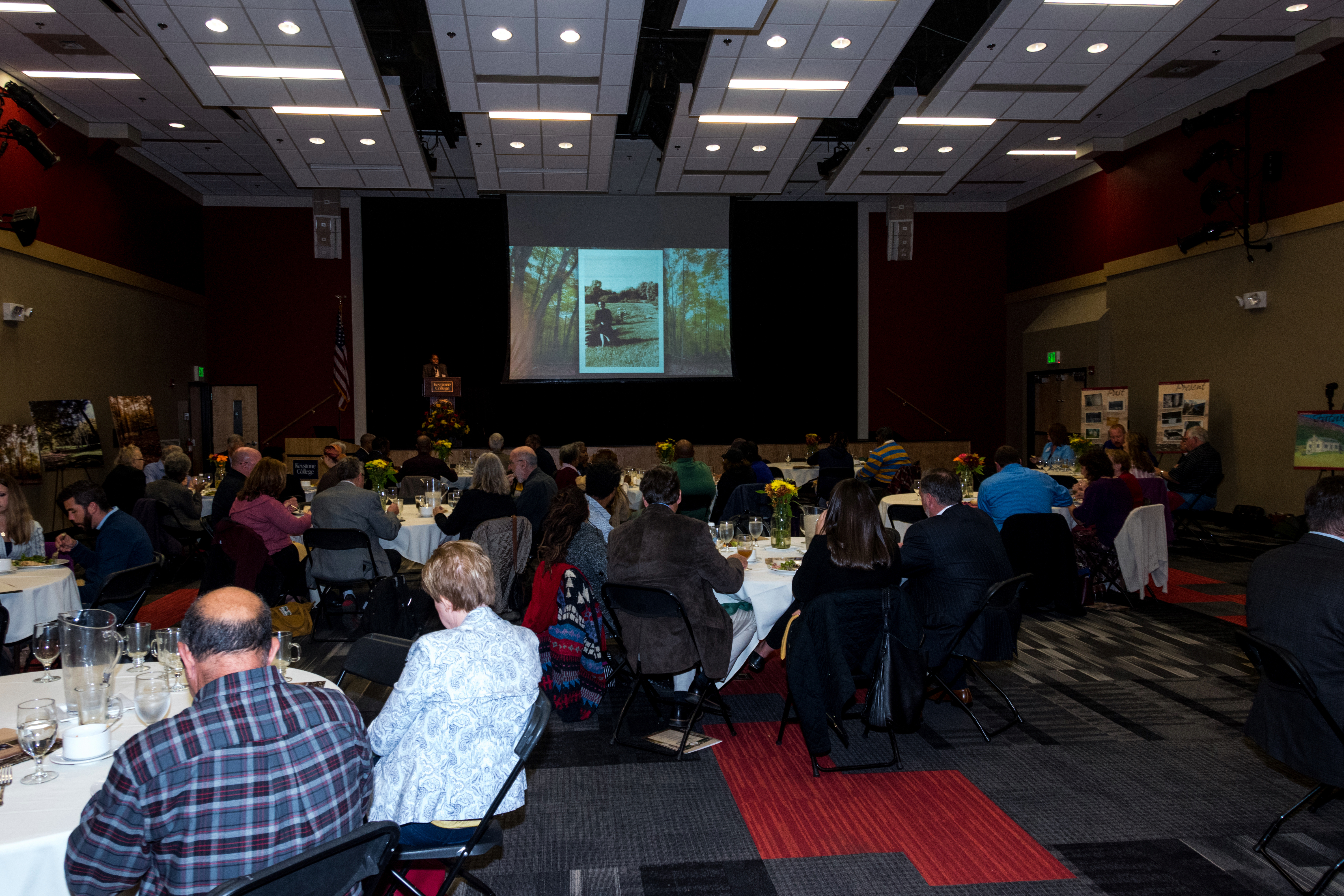 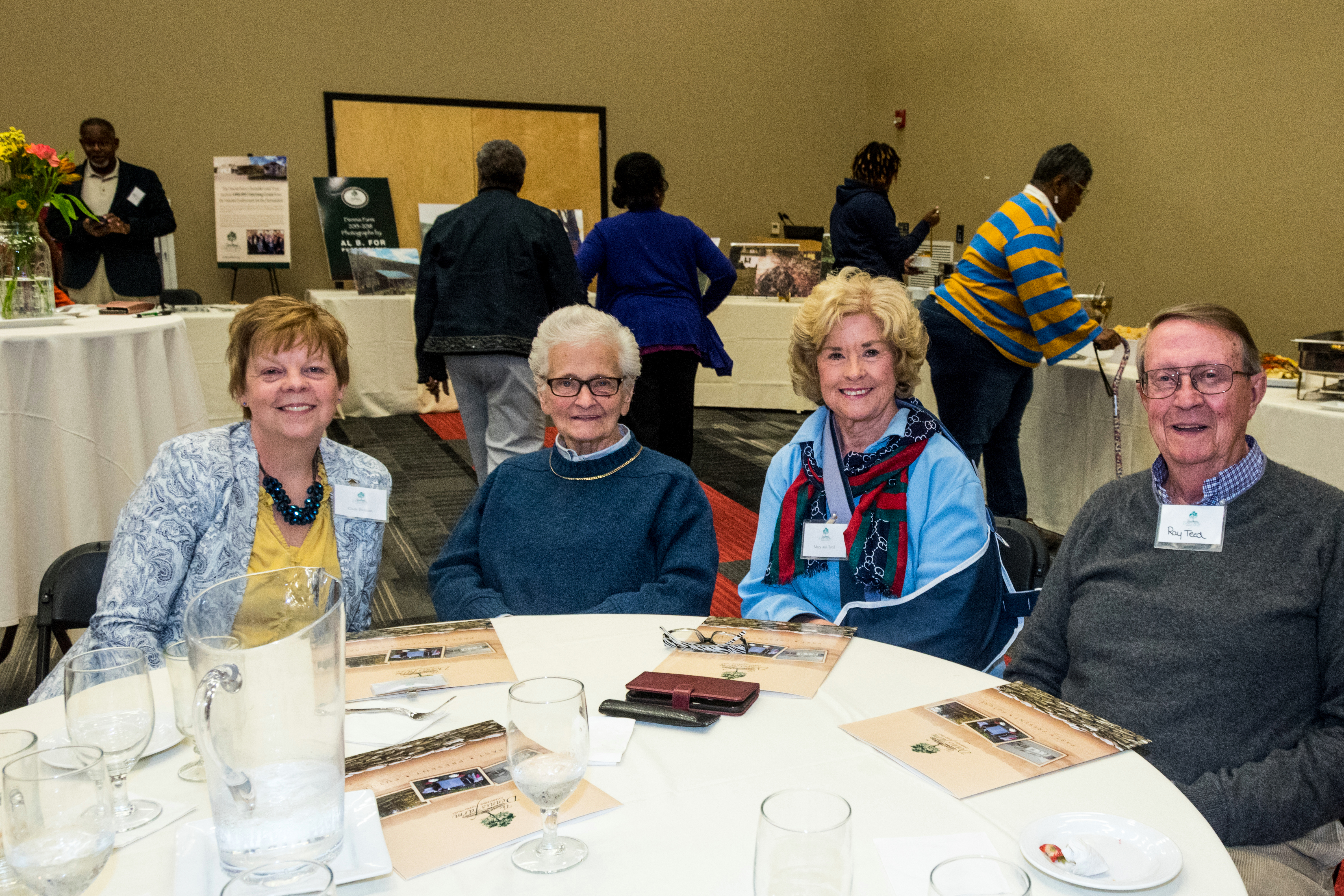 Symposium attendees, including (center) Barbara Kelly and Mary Ann Teed, whose families have been neighbors of the Dennis Farm and family dating back to Edith A. Dennis' stewardship. 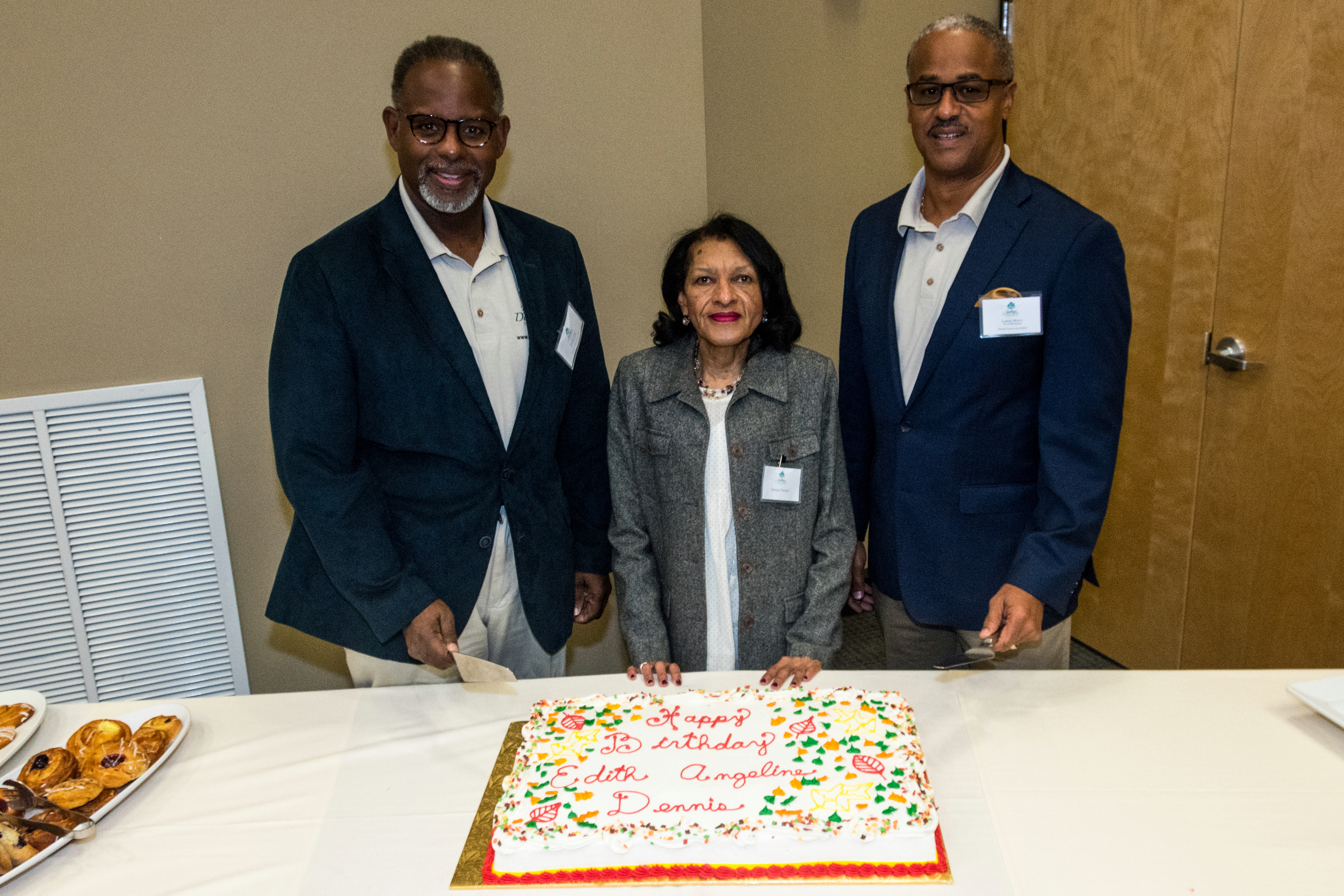