The Dennis Farm Charitable Land Trust salutes the United States Postal Service (USPS) and two members of the Dennis Family who were employed by the department. More than one hundred years ago, Sumner B. Dennis, who was born on the Dennis Farm in 1866, became the first African American to be employed as a mail carrier for the Post Office Department in Wilkes-Barre, Pennsylvania. 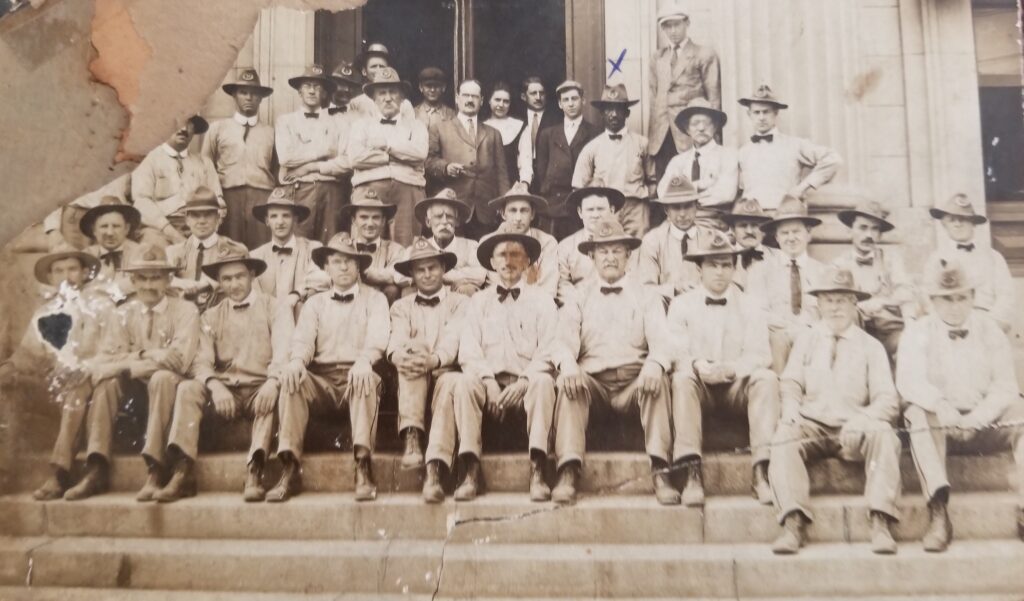 He is pictured above, standing in the top row (indicated by an “x” above his head) with his colleagues, in front of the old Post Office administrative building on South Main and South Streets.

After he retired, Dennis was President of the local Retired Carriers Association. The USPS was one of the first federal agencies to employ African Americans. Dennis’ son, Norman H. Dennis, followed his father into the US Postal Service in Wilkes-Barre, although not as a mail carrier, where he was the only African American in the administrative office for thirty years. 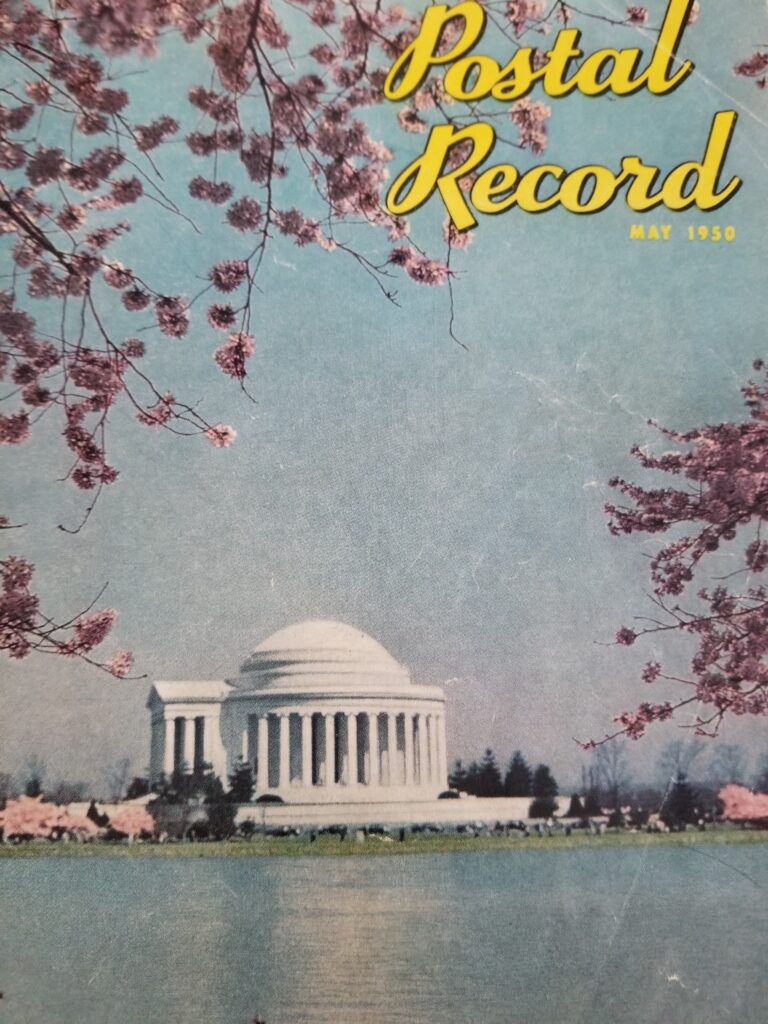 Cover of the May 1950 issue of “Postal Record,” the national publication of the US mail carriers, which paid tribute to Sumner B. Dennis after his death.

When S. B. Dennis passed away in 1950, the Postal Record, the national publication of the US mail carriers, paid tribute to him in the May issue:

“Brother Sumner Dennis, one of our retired carriers, recently passed on to his final reward. Although he was retired almost two decades, he was still very active in Branch affairs. At the time of his death, he was President of the local Retired Carriers Association, and took an active part in the civic affairs of the community. His cheerful disposition and kindly acts to the less fortunate will make him live for a long time to come in the memories of those befriended by him.”

The Postal Service, which was founded by Benjamin Franklin and is older than the United States, is one of our nation’s proudest assets and traditions, connecting individuals through the intimacy of the written word on paper, and delivering anticipated packages.

We express our gratitude and appreciation to all those, past and present, who have helped make the United States Postal Service a success for more than 244 years and wish this valued institution continued success.