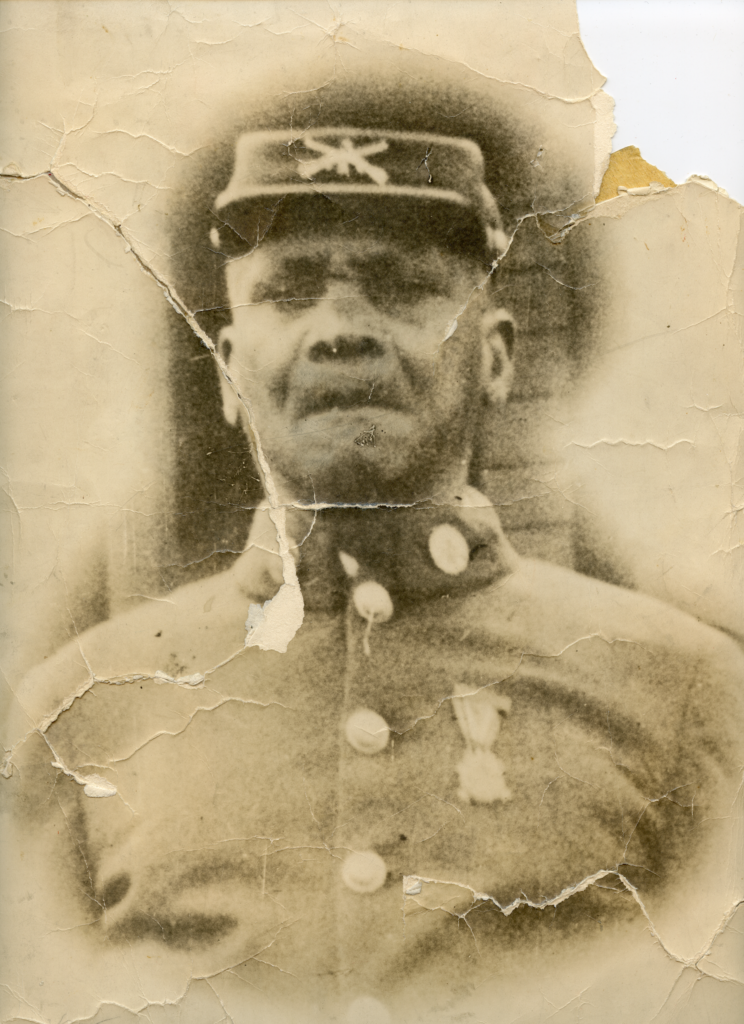 William B. Payne, pictured here, wearing the Civil War uniform of his father Sgt. Ralph Payne, 41st Regiment, United States Colored Troops, who served in the Appomattox Campaign, was present at the Confederate surrender, and was among the troops who carried news of freedom to enslaved African Americans in Texas, in June 1865.

During the Civil War, Sgt. Ralph Payne (1844-1900) of Towanda, Bradford County, Pennsylvania, and grandfather of Harriette Payne Dennis, served in the 41st Regiment of the US Colored Troops during the Civil War.

Payne participated in the Appomattox Campaign in, “pursuit of Lee, April 3-9, 1865,” under General U.S. Grant and was among more than two thousand African American soldiers who were present when the confederates surrendered to the Union Army.

After the war, Ralph Payne traveled with the 41st Regiment to Texas arriving at Brazos Santiago on June 3, and was among the Union soldiers who spread the news to African Americans in Texas that they were free.