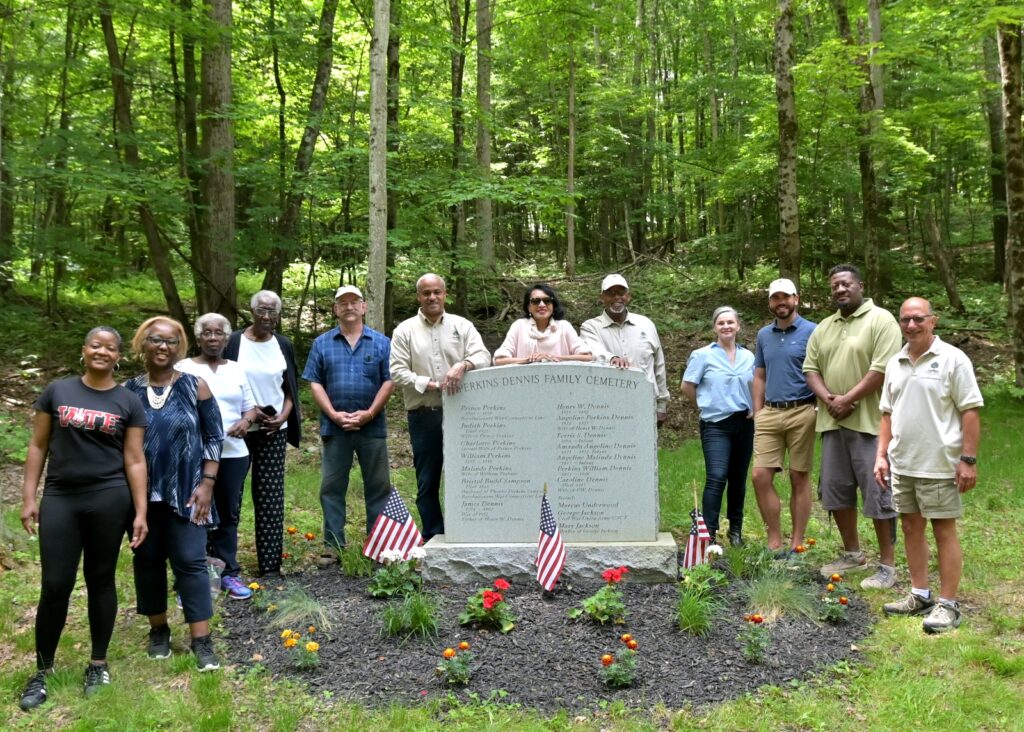 On June 19, 2021, the United States celebrated Juneteenth, as a national holiday, for the first time.  Two days earlier, President Joseph R. Biden designated Juneteenth a federal holiday.  Juneteenth marks the day, in June 1865, that formerly enslaved African Americans in Texas learned that the Civil War was over and they were free. They were the last African Americans to hear the news.  In commemoration of the holiday, the Dennis Farm Charitable Land Trust welcomed members of Philadelphia Legacy Media to the Farm for a tour of the grounds.

Philadelphia Legacy Media (PLM) “preserves the legacy of notable African Americans through education, media and archival materials.”  During their tour of the Dennis Farm, PLM’s videographer videotaped the grounds and interviewed members of the DFCLT team, including Darryl Gore, Lonnie Moore and Denise Dennis.

They also did a live, on site, radio interview with Denise about her great-great grandfather, the grandfather of Harriette Payne Dennis, Sergeant Ralph Payne of Towanda, Bradford County, a free African American who served in the 41st Regiment of the United States Colored Troops (USCT) during the Civil War.  Ralph Payne was one of the African American soldiers who, in June 1865, traveled with his regiment to Texas and helped spread the word to African American Texans that free.